Context and Effects of the Killing of Hurras al-Din Leaders 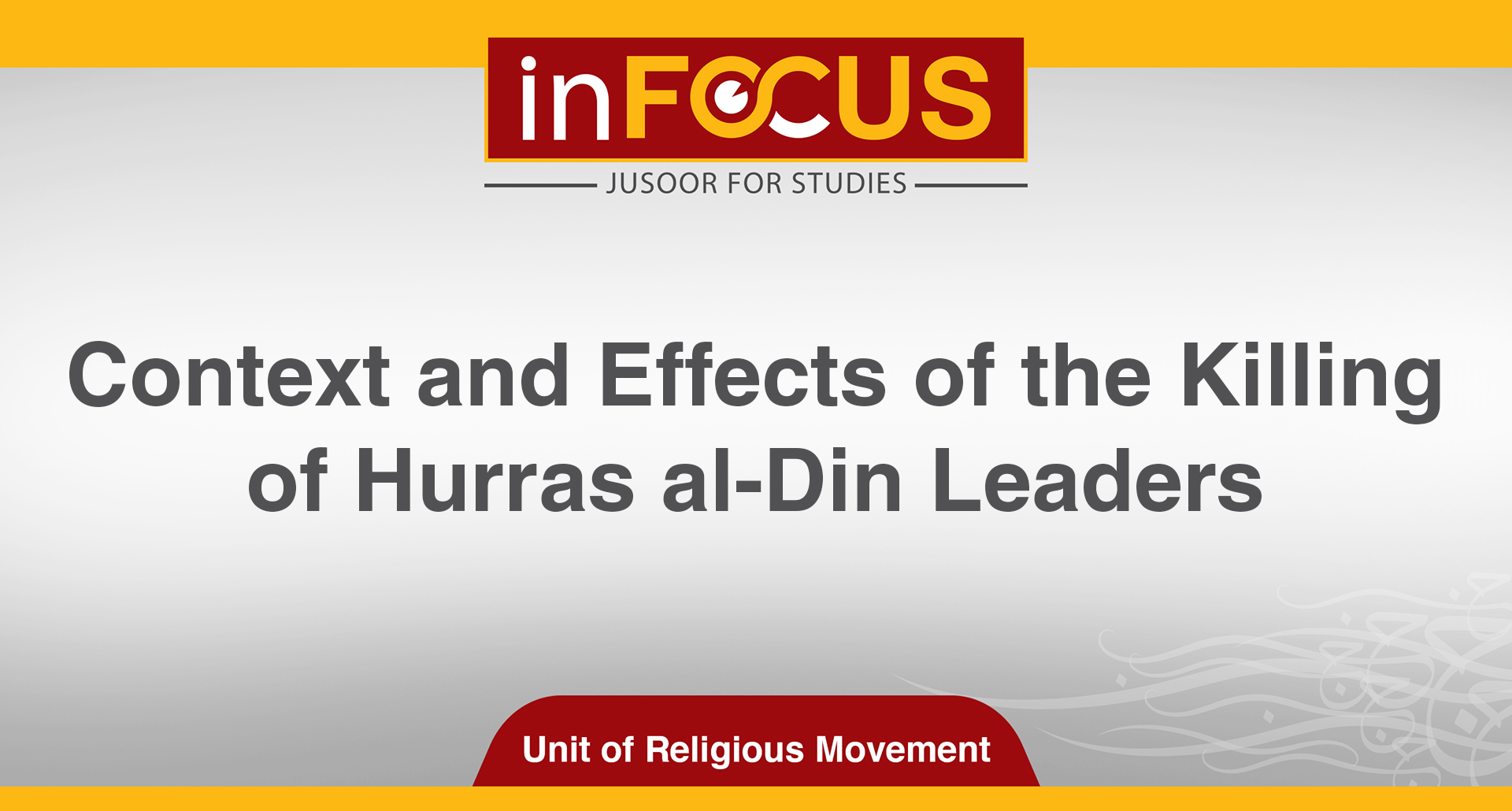 Context and Effects of the Killing of Hurras al-Din Leaders

The International Coalition killed two leaders in the Hurras al-Din organization on June 14, 2020 in Idlib; Bilal al-Sanaani, was the head of the Badia Army, and Khaled al-Aruri, known as Abu al-Qassam al-Urduni, was a military commander in Hurras al-Din.
The coalition killed the two leaders in a drone strike, precision-guided missiles. The international coalition has repeatedly used AGM-114R9X missiles during these types of operations and attacks against jihadist leaders in Idlib. The missile hit the targets killing them and damaging their car.
The success of such operations depends on the coalition obtaining accurate information about the targeted persons; however, obtaining them requires the coalition to use the following strategies; an infiltration of the organization, a high-level coordination with other countries involved in combating jihadists or presence of channels of communication with other jihadist organizations that are better equipped of understanding the commanders’ security activities.
The killing of both leaders does not mean that the United States, which heads the International Coalition, is sending a new message to organizations in the region. The attack reaffirms America’s role in the fight against terrorism in northwestern Syria, as well as its position in opposing Russian efforts to expand into the region under the pretext of fighting terrorism and it already stipulated a joint coordination with Russia.
The attack does not necessarily undermine the activities of Hurras al-Din, al-Qaeda branch in northwestern Syria, but it may reduce the organization’s effectiveness. The attack may affect the organization’s ability to assign appropriate alternatives to replace the commanders who were targeted. Coordinating the assigning of new commanders with al-Qaeda may become more difficult.