Changes to the Libyan File and its Effect on Syria 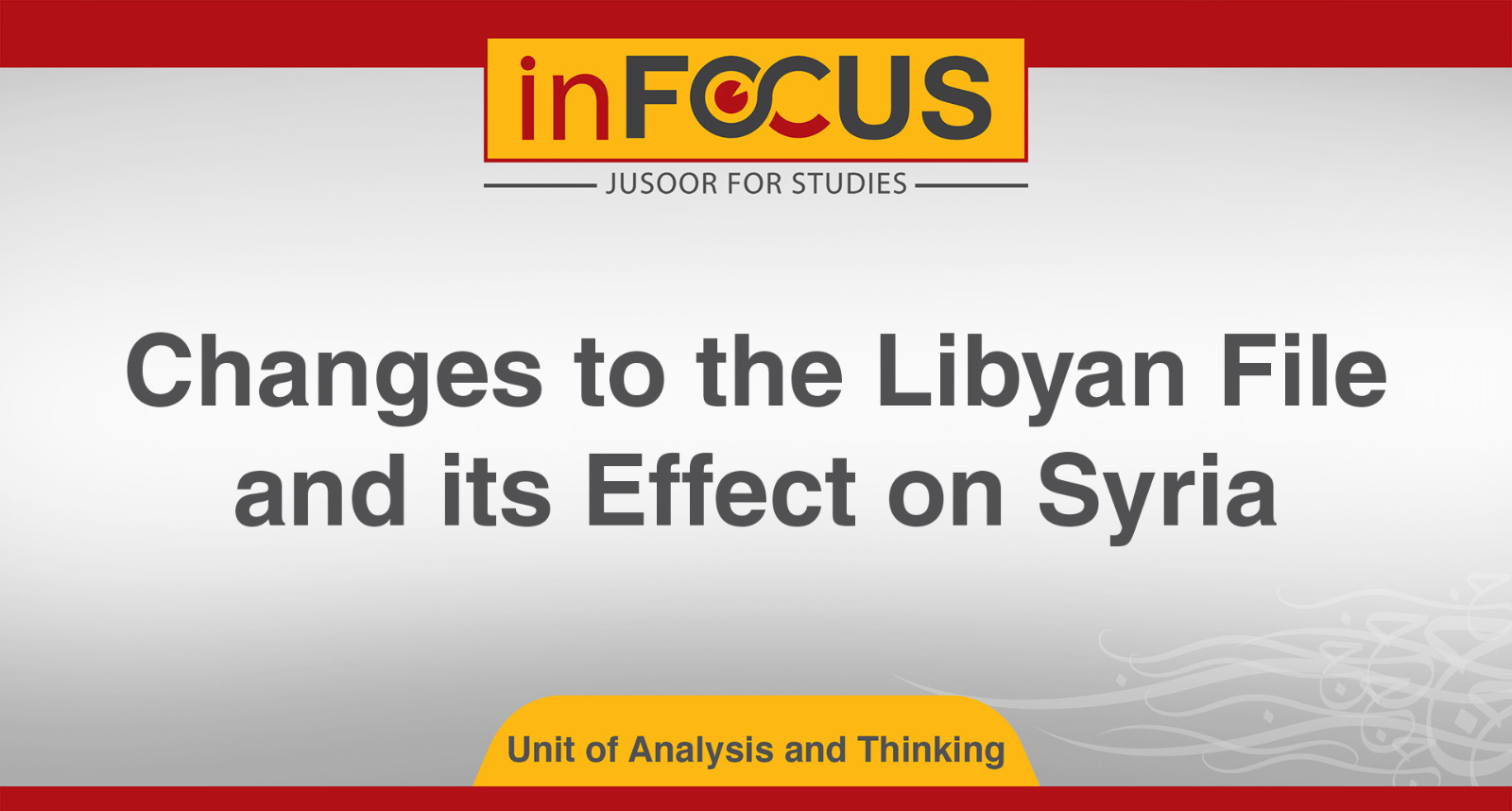 Changes to the Libyan File and its Effect on Syria

128
In Focus | Changes to the Libyan File and its Effect on Syria Civil
Regional files are witnessing the crossing of wires in terms of variables, actors and the nature of the conflict. The Syrian and Libyan realities bore several similarities since the start of the conflict despite subsequent significant variables and paradoxes. And now the two files are again closely related whereby developments in the reality of one of these respective countries will affect the reality of the other country. This is especially in the case of military escalation or high tension between international players which has rendered the files major negotiation tool.
The most common factors in the Syrian and Libyan files are:
1. The growing Turkish and Russian influence in Syria and Libya as Moscow and Ankara have become the most important international players in the two spaces.
2. Libya and Syria form two important focal points in Russia’s strategy for the Middle East region.
3. The increasing rapprochement between the Syrian regime and Major General Khalifa Haftar, one of the parties in the Libyan conflict.
4. The role Turkish-backed factions are playing in the Libyan file, and its repercussions in Syria.
5. The importance of both Syria and Libya for Western European countries’ national security given that the two countries overlook the eastern basin of the Mediterranean, and are considered a source of refugees and illegal immigrants heading to Europe.
Resonance for the Libyan file appeared in Syria, especially in Idlib governorate, on several occasions, the most important of which are:
1. Some Syrian opposition factions accepting the idea of supporting the Turkish army in Libya, presented the Turkish government with the opportunity to influence the Turkish army’s decision regarding wider engagement in the Idlib file since the beginning of this year. This is based on the deepening of perceived mutual interests and their extension beyond the limits of one single region.
2. Using military movements and escalation to control political understandings reached in the two files and to maintain a relative balance in the two files.
3. Russia’s keenness to ensure an active military presence, of different size and influence, in Libya and Syria during the past weeks indicating that Moscow considers these files closely related.
4. Turkish military reinforcements in Syria, which would preserve the political understandings reached with Russia, especially with the Turkish military progress in Libya which conflicts with Russian interests there at times.
This overlap has contributed to creating an opportunity for the two parties to develop a space for negotiation between them. In addition, the overlap allowed for more moves that maximize their interests in the region while preserving the major understandings reached between them.
Unit of Analysis and Thinking - Jusoor for Studies
To visit the English Telegram channel: Click here