Bringing Al-Assad to Moscow Has Messages and Meanings 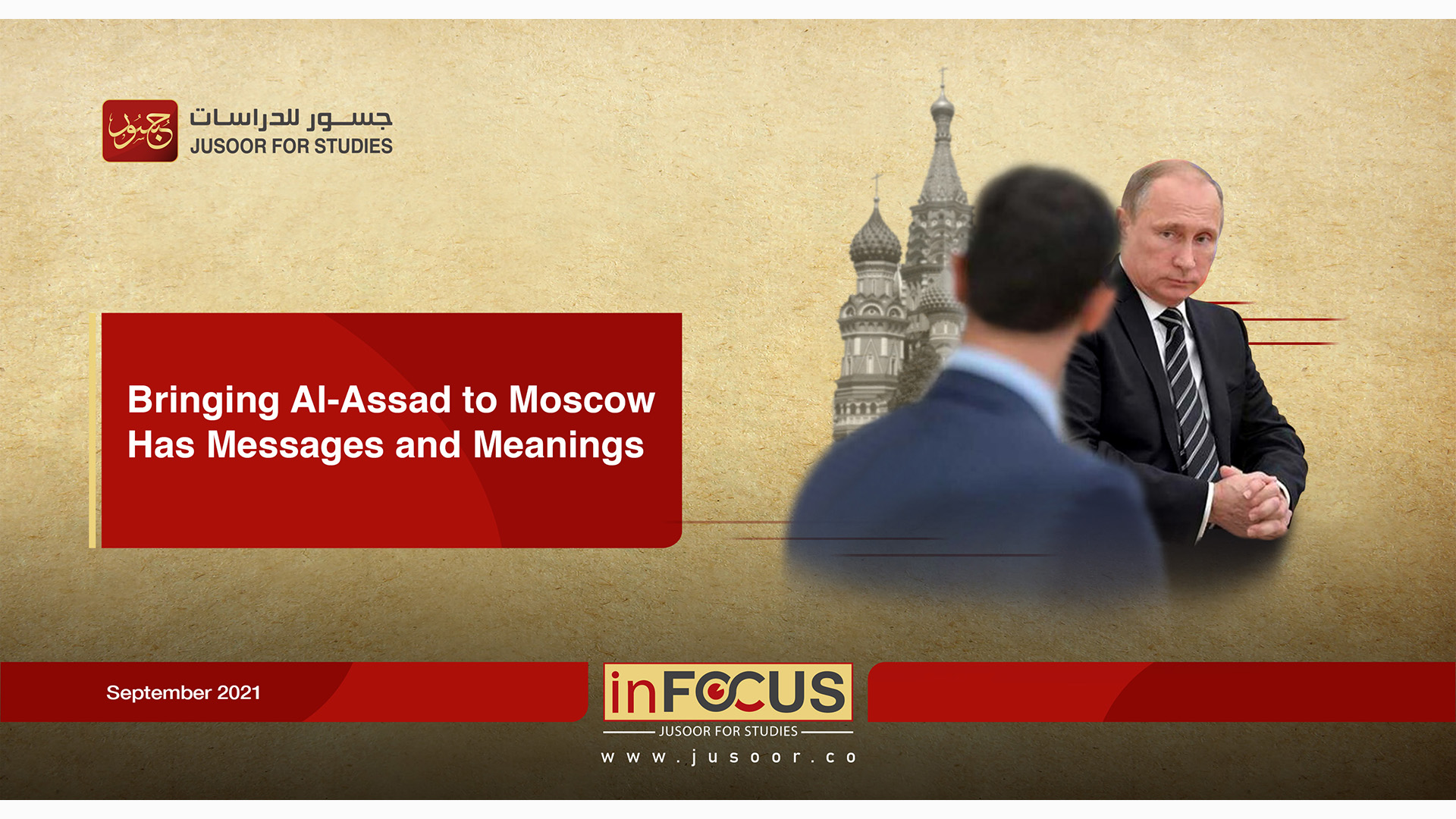 Bringing Al-Assad to Moscow Has Messages and Meanings

In Focus | Bringing Al-Assad to Moscow Has Messages and Meanings

A rare meeting in Moscow was held, brought together Russia's Vladimir Putin and the head of the Syrian regime, Bashar al-Assad on September 13, the second public visit of Assad to Moscow since 2011, according to multiple international media outlets.

This meeting came in the midst of rapid changes taking place in Syria and the region in general, which - without doubt - have either real connections to or impacts on the visit in one way or another.

There seems to be, on one hand, that there are increasingly “American-Turkish” common views regarding the file of Syria's northern and northeastern regions. It is likely that such compatibilities irritate the Russians, as reflected in the recent escalation in the opposition factions-held areas in northern Syria, including the Russian bombing of Afrin, for the first time since the SDF lost control over it.

The region surrounding Syria is also witnessing significant movements by/ among all the international actors, as each of them seems to be in the process of reordering priorities and agendas, and to get proper preparations to re-build strategic alliances that have long characterized the region over the few recent years.

The aftermath statements made by the two sides after the meeting were just repetitions of their usual previous ones. But, nevertheless, this time Putin unusually, talked about how much of the country's territory the regime’s army holds, saying to al-Assad that "government, headed by you, controls 90% of the territory,” which is unreal because the mentioned percentage does not exceed 64%, which is not likely that such a person like the President of Russia to be unaware of, especially the statements were not made verbally before journalists.

Apparently, this percentage practically reflects the regime-controlled areas if it is added to the areas east of the Euphrates controlled by the SDF forces under US auspices. So, it is obvious that Putin directed his own message to the United States and subsequently to Turkey: this land belongs to Russia, and that any American agreements regarding it with any party other than Russia are definitely to be rejected by Moscow.

In fact, Russia has been working tirelessly to push the Syrian regime and the leadership of the Autonomous Administration (the SDF) to get any kind of understanding, and it also has recently assigned the National Security Bureau to manage the file of dialogue with the Autonomous Administration, in an attempt to prevent the interference of other security services in the Syrian regime.

Bringing al-Assad to Russia may likely have happened to pressure him in order to accept such a matter, in a way that might turn the forces of SDF into a part of the regime's army, which then achieves the percentage of control mentioned by Putin.

Russia is also preparing for making some key changes in the structure of the Syrian regime, including the departments and executive committees of the Prime Minister’s Office and the sovereign ministries in the cabinet, in addition to changes in the mechanism for dealing with not only the internal opposition but also a part of the foreign-based opposition, from those affiliated with Russia or close to it.

Such arrangements are opposed by the Iranians and, of course, by the regime itself. Therefore, Russia expects the regime to resist that dynamic in all possible ways.

Ultimately, it seems that Russia has come to the conclusion that the Syrian regime itself has become a barrier to the implementation of Russian visions to find a solution in Syria so, bringing al-Assad to Moscow for the second time might be to control its own behavior.

Also, it is likely that Putin did so to stop al-Assad’s juggling act and manipulating the resulted margins of the Russian and Iranian roles, or even as an attempt to halt the regime from seeking for finding his own ways out by communicating with Washington or others.

This kind of Russian control over allies not in a full alliance mode like the Syrian regime is absolutely necessary at a time when Moscow is making efforts with local and external actors to reach long or short run accommodations.