Approach and Effects of HTS management of tension in Idlib 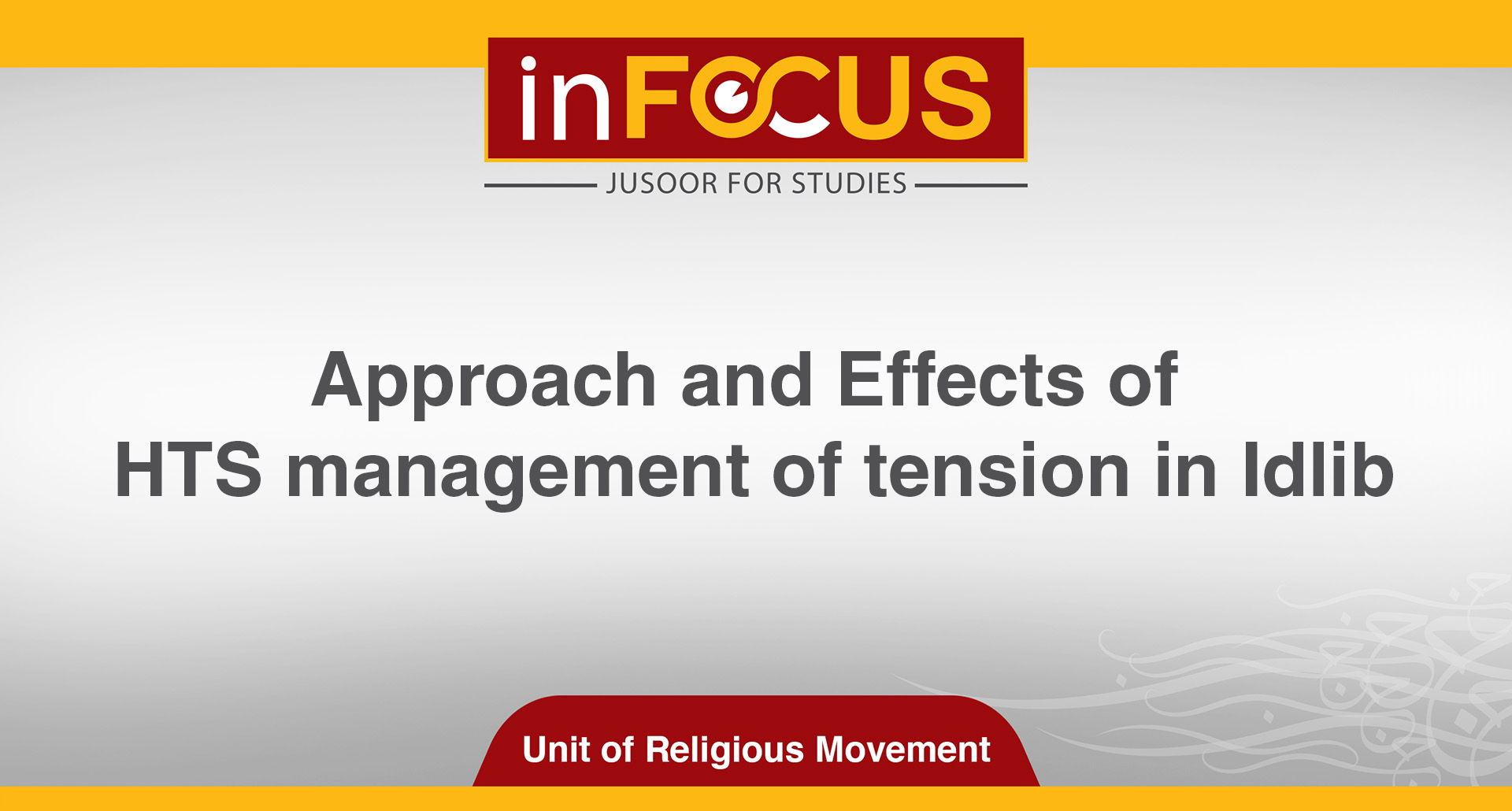 Approach and Effects of HTS management of tension in Idlib

108
In Focus | Approach and Effects of HTS management of tension in Idlib
Since Fathbatou (Hold out/Resist) Operation Room was announced on June 12, 2020, the organizations affiliated with the Room or those attempting to join have been subjected to a major escalation campaign by HTS. HTS arrested the leader Abu Salah al-Uzbeki following his attempt to join with the new operation room. Furthermore, HTS arrested Abu Malik Al-Talli, formerly one of the most prominent leaders of Supreme Follow-up Committee in HTS, and arrested Touqir Sharif, the British aid worker, on charges of supporting the leader in the Jihad Coordination, Abi Al-Abid Ashdaa
HTS went further and issued a decision prohibiting the resignation of its members, including leaders or elements, except within preconditions, with the aim of preventing drop out from its ranks to join other formations.
In fact, HTS adopted approach focuses on preventing the emergence of any competition that threatens the sources of its power, which negatively affects its fate and the negotiations with international powers in this framework. Accordingly, the authority is keen to show the following:
• Having a solid organization in which the administration is completely central to a leadership that agrees on general goals that prevent any unintended disintegration and seek to gain acceptance by the international community in the next stage.
• The ability to prevent any charismatic figure from leaving it because it will affect the individuals surrounding this figure and hence might cause the beginning of the breakup of HTS contract and the loss of security, administrative and economic gains. In addition to missing an opportunity to find a peaceful solution to the HTS dossier.
• The ability to compel all HTS components to the highest degree of control and follow-up of elements whose loyalty is questioned and arresting them or threatening them with judicial follow-up.
• The ability to take proactive steps to prevent other formations from agglomerating and developing power which will weaken HTS position in front of the international community when it seeks to be accepted on grounds of confronting the jihadi factions.
Practically, HTS does not reject the existence of jihadi organizations that it can control in the region, nor does it refuse the separation of some figures and individuals from it. However, it refuses a defection that might benefit real competitors and equally rejects the growing power of the jihadi organizations; Especially if this affects HTS control of its actions, which may reflect negatively on HTS in multiple files, such as security, militarization, and negotiation of the future fate of the region.
Unit of Religious Movement - Jusoor for Studies
To visit the English Telegram channel: Click here