Anticipated Impact after the Arrest of ISIS Leader in Afghanistan 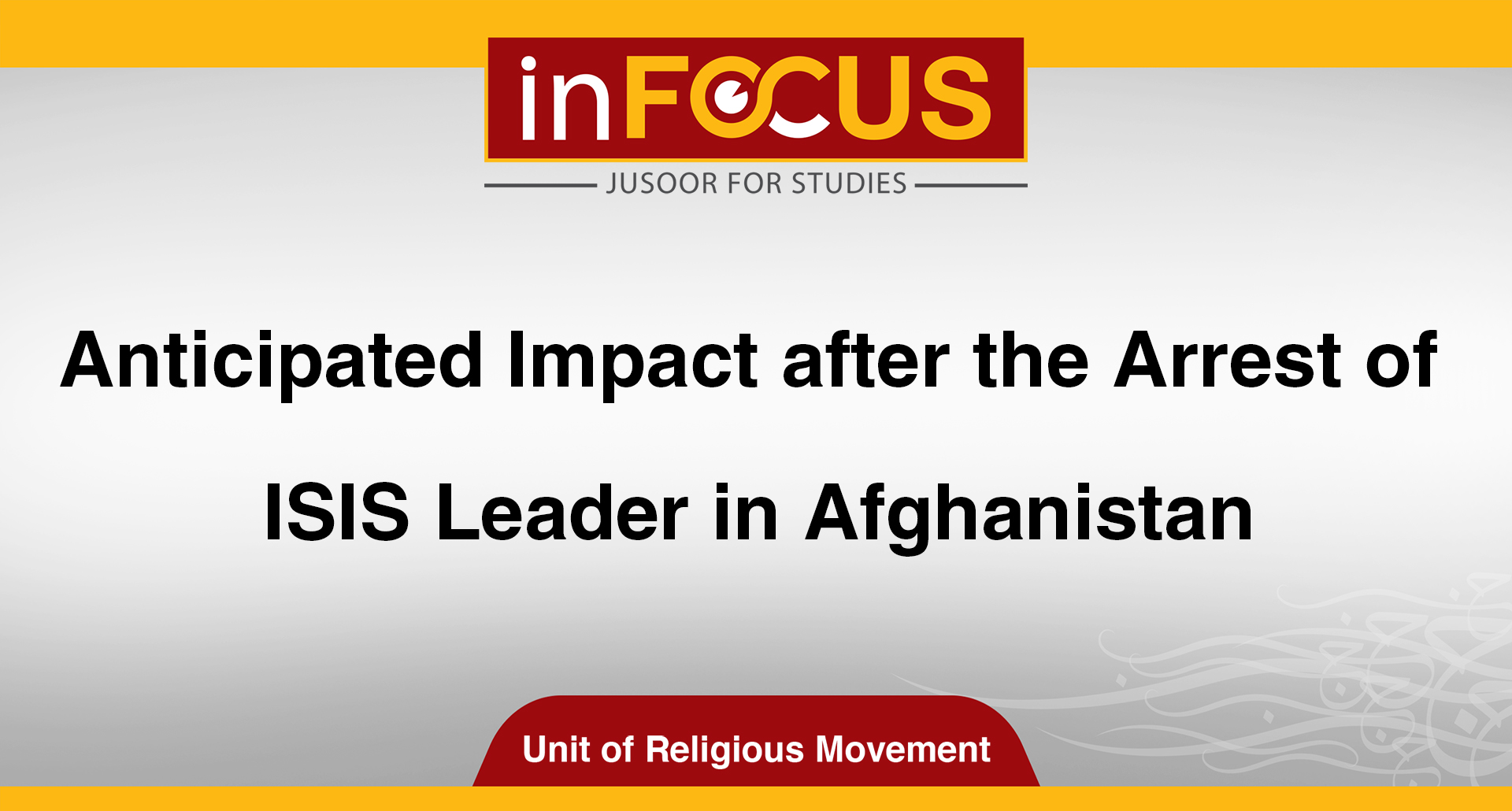 Anticipated Impact after the Arrest of ISIS Leader in Afghanistan

97
In focus| Anticipated Impact after the Arrest of ISIS Leader in Afghanistan
On April 2, 2020, authorities in Afghanistan announced the arrest of Abdullah Orakzai, known as the Aslam Farooqi-ethnically Pashto from Pakistan- ISIS leader in the state of Khorasan. On April 9, the Pakistani Government asked the Afghan authorities to hand Farooqi over due to groups associated with him carrying out terrorist operations on Pakistani soil. However, on April 11, the Afghan Government released a statement refusing to extradite Farooqi to Pakistan and confirmed its intention to try him in Afghanistan.
The operation carried out by the Afghan intelligence services is significant for several reasons, most notably:
• The operation was carried out days after ISIS claimed responsibility for the indiscriminate attack targeting a Sikh temple in Kabul on March 25, 2020. The attack resulted in the death of 25 and injured around 10 other civilians before the security services were able to stop the attack.
• Parties associated with the Taliban cooperated with the intelligence services to locate and arrest Farooqi which may later translate into increased cooperation between the Taliban and the Afghan Government in order to establish successive understandings on issues concerning sharing governance, the release of detainees and other issues.
• Alongside Farooqi, 19 other leaders were arrested including Qadri Zahid, the commander of the organization’s military operations as well as Saifullah al-Pakistani, known as Abu Talha, the recruitment officer responsible for the Nangarhar region.
• It is worth noting that Farooqi is the first ISIS leader to be arrested by the Afghan intelligence while the organization lost four leaders before 2016: Hafiz Saeed Khan in August 2016, then its second commander Abdul Haseeb in August 2017, Abu Sayeed Orakzai in August 2018 and Abu Saad Al-Rahabi in August 2019.
Farooqi worked to penetrate the social fabric in the Nangarhar region, benefiting from his experience with the Taliban. His efforts focused on militarizing Afghan society, especially those who were previously part of the Taliban.
Farooqi’s arrest may affect ISIS security capabilities in Afghanistan as it is known that he had links to the Haqqani network in Afghanistan and Pakistan, and it is rumored, in the network itself, that he has links to intelligence services in Pakistan.
Due to Aslam Farooqi’s prominence in ISIS, the organization announced in a video clip that it has Colonel Ghulam Sakhi, a national security official in Afghanistan accused of major corruption by the Afghan government, on April 6th. The video release increases the possibility that negotiations will be held between the two parties to conduct a prisoner swap.
Unit of Religious Movement - Jusoor for Studies
To visit the English Telegram channel: Click here