An analytical reading,, The reality of jihadi groups in Idlib after Moscow understanding 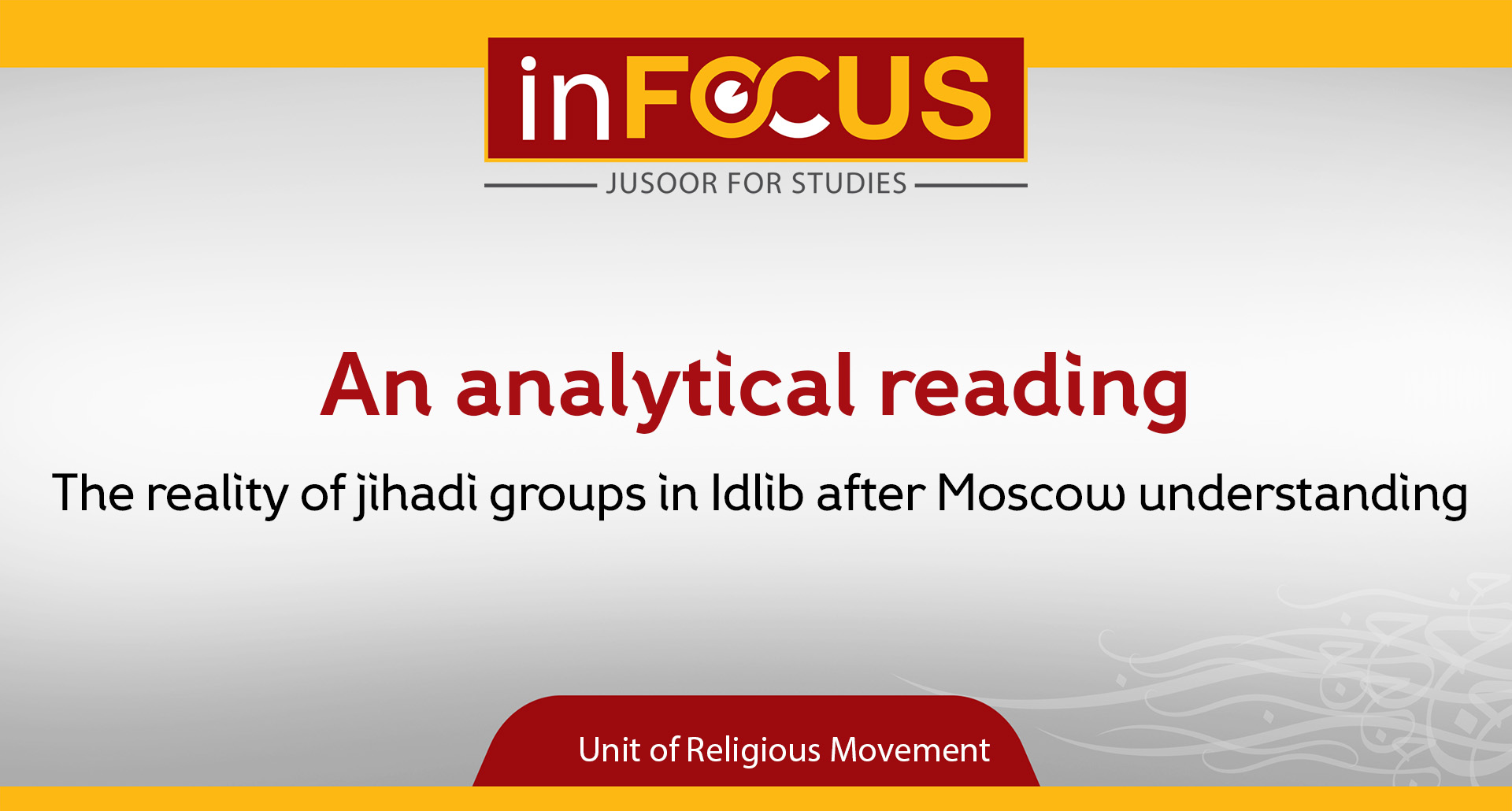 An analytical reading,, The reality of jihadi groups in Idlib after Moscow understanding

An analytical reading: The reality of jihadi groups in Idlib after Moscow understanding

The battles of the five consecutive campaigns since May 2019 exhausted the capabilities of each of the opposition factions such as Syrian National Army and the National Liberation Front, as well as the jihadist groups such as Hayat Tahrir al-Sham, Tanẓim Ḥurras ad-Din (the Guardians of Religion), Ansar al-Tawhid, the Turkistan Islamic Party, and Ansar al-Furqan.
In fact, the Russian-Turkish agreement came on March 5, 2020, as an opportunity to rearrange the rows and restore casualties and tangible losses, simultaneously with the different positions towards developments in the field, like the ongoing sit-in protest on the international M4 highway or an attack carried on a Turkish military convoy with two explosive devices on 19 March 2020.
• It's apparent that the Hayat Tahrir al-Sham is trying hard to continue to present itself as the strongest military and administrative body in the region. Therefore, it still announces invitations to join it. Likewise, the available information indicates its direct role in staging people’s sit-in protest on M4 highway and forcing - repeatedly - several employees in its departments and the Salvation Government to join the protest.
• On the other hand, “Rouse the Believers Operations Room” didn’t announce its refusal or acceptance of Turkish presence. Likewise, it sees the attempt to dismantle it as an attack that must be dealt with militarily. But the factions working under it do not support the attack on Turkish or joint patrols on the international highway. At the same time, they suffer from a significant decrease in their human, logistic, and financial resources.
• On the other Al-Furqan group supports the attack on Turkish army for various reasons such as infidelity, secularism and the participation with Russia and the regime in the attack on Idlib, and therefore it is not excluded that individuals from this group have carried out the mentioned operation against a Turkish patrol near the town of Muhambel in the southwestern countryside of Idlib.
Although all these groups follow different approaches to dealing with the Turkish presence, the approach of Hayat Tahrir al-Sham, which is in line with the Turkish position, appears to be the strongest and most capable of facing the deviation of other groups from the  space given to them, and therefore it is likely that these groups remain in their current framework, and the issue of dissolving these groups  will be postponed until the ceasefire course stabilizes and the displaced people return to their areas.