Al-Qaeda in Yemen... Messages of the New Leadership 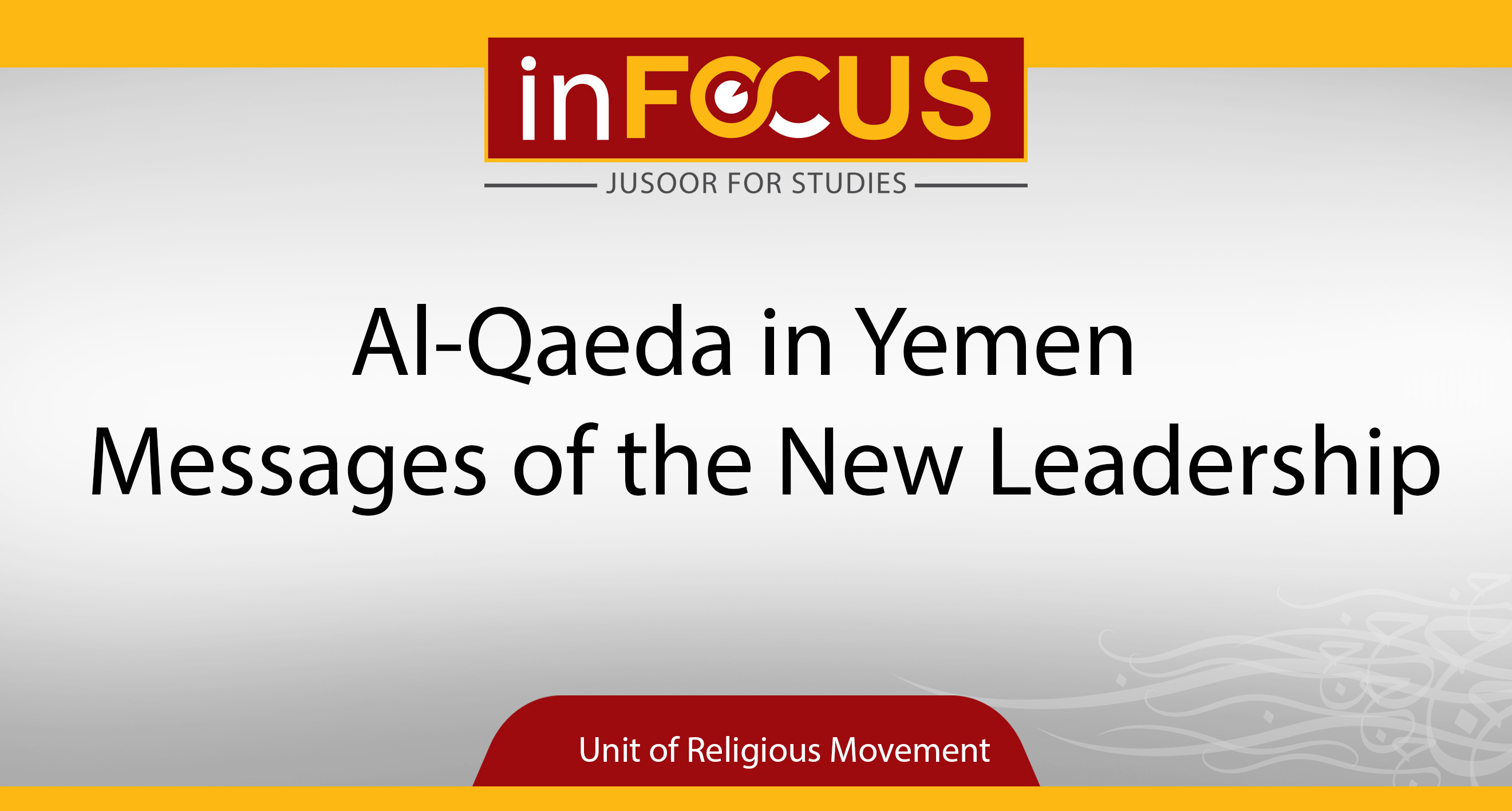 Al-Qaeda in Yemen... Messages of the New Leadership

65
Al-Qaeda in Yemen:  Messages of the New Leadership
On February 7, 2020, the United States of America announced that it killed al-Qaeda leader in Yemen, Qasim al-Raymi, in a targeted drone attack. Al-Qaeda confirmed al-Raymi’s death and announced the succession of Khalid Batarfi on February 23.
Al-Raymi’s killing represents a huge loss for al-Qaeda, given al-Raymi was the sole remaining link connecting the central organization to its African branches such as the Mujahideen Youth Movement and the al-Qaeda organization in the Islamic countries in north Africa. Al-Raymi’s killing comes with the dismantling of many of the active al-Qaeda networks in the region.
In Batarfi’s first broadcasted speech on March 19, Batarfi announced his continued allegiance to Ayman al-Zawahiri, the leader of al-Qaeda, and directed multiple messages outlining the “possible” strategy of the new leadership.
Pledging to rearrange the ranks:
In Batarfi’s first direct messages, he emphasized strategically rearranging al-Qaeda’s ranks in Yemen, and is most likely to do so through the following frameworks:
1. Stopping internal disputes, working to unify the vision and revitalizing the organization; thereby, blocking internal criticisms of his appointment, especially given his position as one of the most prominent military, legal and media figures in the organization as well as one of its original founders and an extension of its leaders who were killed before him.
2. Depending on riding the organization from spies and stopping security breaches by following his predecessor’s plan entitled “destroying espionage,” which had enabled the USA to locate and assassinate more than 40 al-Qaeda organization leaders in the past 5 years.
3. Rebuilding trust with the Yemeni tribes that are hostile to the Houthis, the government, and the remnants of ISIS in the center of Yemen by stressing that no Muslim would be harmed, physically or financially, even if he violated the organization’s ideology.
Pledging to continue Jihad and develop alliances:
In his speech, Batarfi directed a greeting to the Taliban, the Mujahideen Youth Movement, Ansar al-Islam and Muslims, and all the Mujahideen in the world from Kashgar to the ocean and from the Caucasus and the Balkans to the last Islamic stronghold in Africa.
It is believed that Batarfi is striving to restore the organization’s links with pro-al-Qaeda groups in the world and to reactivate its activities on a global scale, especially with its pledge to work to establish the rule of Islam, implement Sharia, and intensify the targeting of the US to avenge the death of organization leaders.
The organization’s association with the Mujahideen Youth Movement represents its first steps towards restoring the Yemeni organization’s relationship with the branches of the central organization. Batarfi is also expected to work to bring some al-Qaeda militants from Syria to Yemen to gain media momentum and as an incentive to attract more members to migrate to Yemen.