Abu al-Fath al-Farghali’s recording.. What is behind the Threat to Fight the Turkish Army? 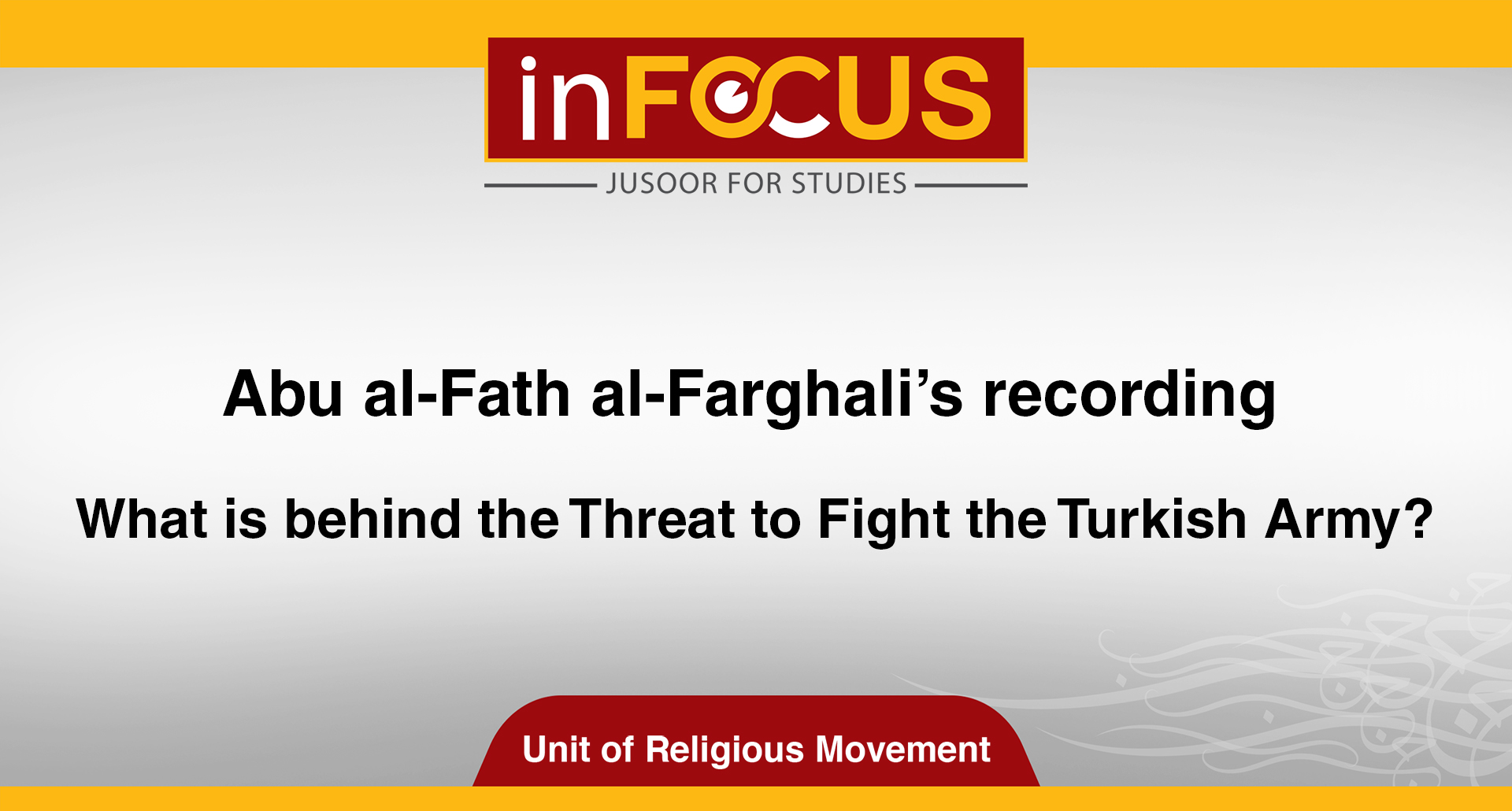 Abu al-Fath al-Farghali’s recording.. What is behind the Threat to Fight the Turkish Army?

Abu al-Fath al-Farghali’s recording: What is behind the Threat to Fight the Turkish Army?

On March 30, 2020, an audio recording of the Egyptian jurist Yahya Taher Al-Farghali, Abu Al-Fath, was leaked in which he discusses the Turkish army’s entry in Idlib and its establishment of the observation points based on the Sochi Memorandum signed between Turkey and Russia on September 17, 2018. It is believed that the recording was made in early March 2020, and it addresses the members of Hayat Tahrir al-Sham at the front line.
Al-Farghali focused on the military reality and the Hayat’s position regarding the Turkish Army’s movements in Syria. He listed various details of the negotiations that occurred between the Hayat and the Turkish government that resulted in the acceptance of the entry of the Turkish forces and their deployment at the observation points. Al-Farghali’s comments in the recording is directed at several critical parties within the Hayat.
In the recording, he principally relied on the Tafkeer of the Turkish army, as an institution affiliated with a state that recognizes secularism and rejects the arbitration of Sharia. This comment is directed to critics of the Hayat who describe its dealings with the Turkish army as a retreat from its most prominent beliefs as a jihadist organization, and his comments aim to confirm the Hayat’s affirmation of this principle.
Al-Farghali also discussed the Hayat’s dealings with Turkey on the basis it is “permissible to use the infidel to fight the infidel in case of necessity,” in a clear response to some groups in the room at the time of the recording. The comments are also directed to the “incitation of believers” who criticized the Hayat’s fighting in Saraqib and other areas after the Turkish prelude to it. The comments aim to confirm that the Hayat’s approach and opinion is the correct them and to blame those who criticized them.
The recording demonstrated an eagerness to demonstrate that the Hayat rejects the concepts of democracy, secularism and relying on positive laws, and their willingness to confront Turkey as an occupying power in the event that a decision to confront Turkey is taken. It is possible that this speech is important to ensure the cohesion within the Hayat especially among non-Syrian fighters and legalists.
Al-Farghali’s recording may be unimportant from a practical point of view, given that he is a jurist and his role is limited to providing opinions in the Hayat’s Shura Council in parallel with his advocacy role among its fighters. However, he plays no role when it comes to critical decisions which remain in the hands of the Hayat’s leadership and the local league that the Hayat is allied with. The Hayat’s approach to its relationship with Turkey is further demonstrated in the thanks it directed to Turkey in its statements about the Syrian issue and the Hayat’s request for Turkey to continue supporting the steadfastness of the Syrian people.