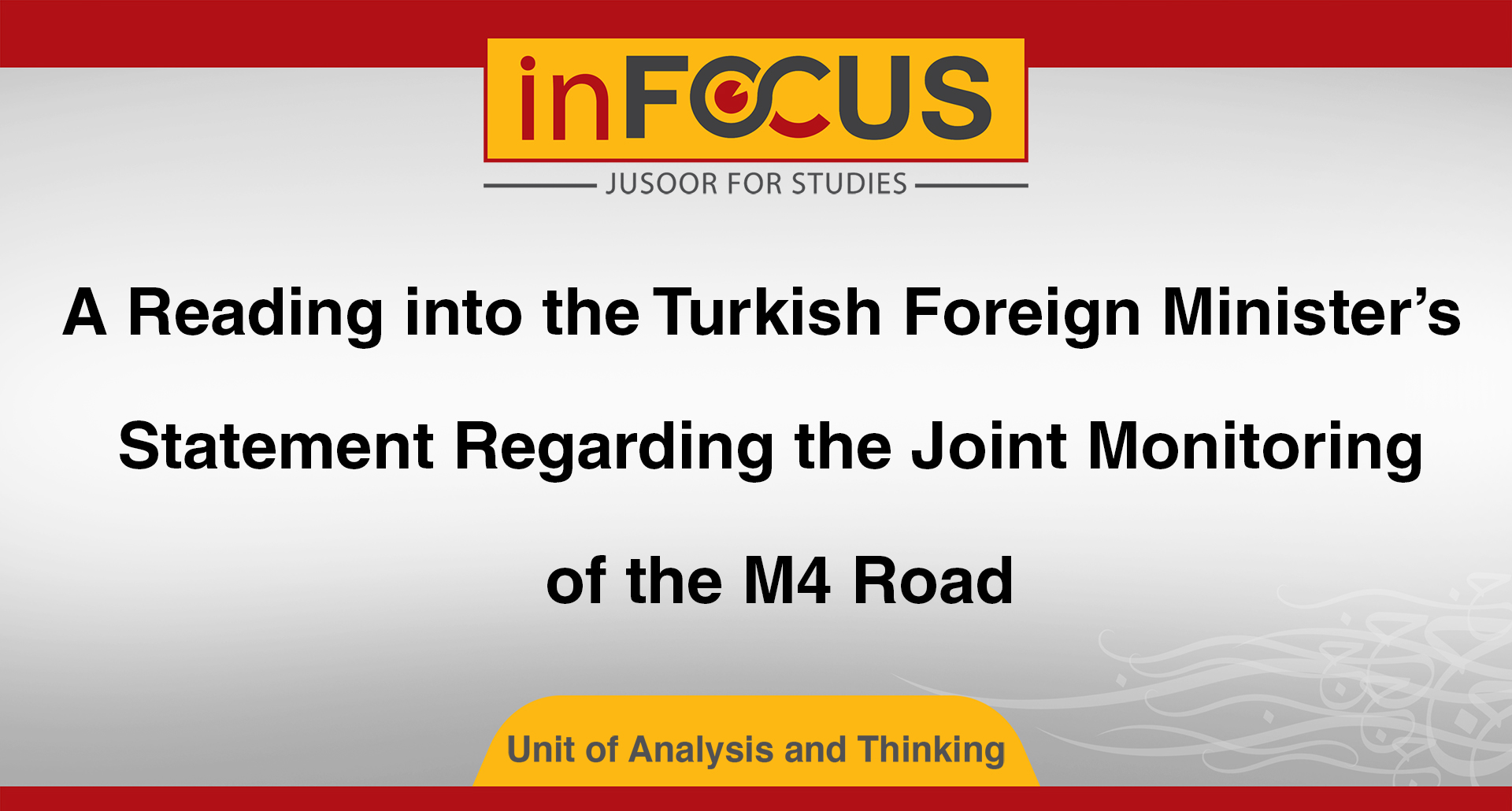 On 10 March 2020, Mevlüt Çavuşoğlu, the Turkish Foreign Minister, announced that Turkey will control the region north of the international Aleppo - Lattakia (M4) highway while the area south of the highway will be subject to Russian control.
Several important points raised in these statements must be discussed including:
1. The Turkish statements indicate that the cease-fire agreement Turkish President Erdogan signed with President Putin, is now in the process of discussing detailed implementation issues.
2. The content of the initial understanding preserves both Russian and Turkish interests as Russia has guaranteed it will open international roads, key economic arteries, and Turkey will maintain its presence and role in monitoring the operation on these roads.
3. The Russian-Turkish understanding will eliminate the specter of targeting densely populated areas near the Turkish border; thus, Turkey will avoid new waves of displacement that may threaten the Turkish internal scene. In addition, the Turkish military presence north of the M4 highway, which has become a long demarcation line, will allow Turkey to stop the Syrian regime forces from expanding into these areas.
4. Turkey is still searching for a legal precedent to maintain its long-term presence in Syria which is only possible through an international resolution or reaching understandings directly with the Russians which the Syrian regime is forced to accept.
5. The Turkish strategy in Syria is built around confronting threats to Turkish national security in the areas east of the Euphrates and reaching a solution that preserves Turkish economic and security interests in the Idlib region. Therefore, Turkey it always maneuvering between Russia and the United States of America.
6. The details of the Turkish-Russian understanding remain unclear but based on the Turkish Foreign Minister’s statements, the Syrian opposition force will withdraw from the area south of M4 and these areas will come under Russian control. However, it is not yet known how control of these areas will be transferred to the Russians.
Neither the Foreign Minister’s statements nor any other Turkish or Russian statements, have clarified the fate of the Turkish monitoring points besieged and dispersed near the M5 road.