A New Road Map.. The expected scenario of the Russian-Turkish understanding on Idlib 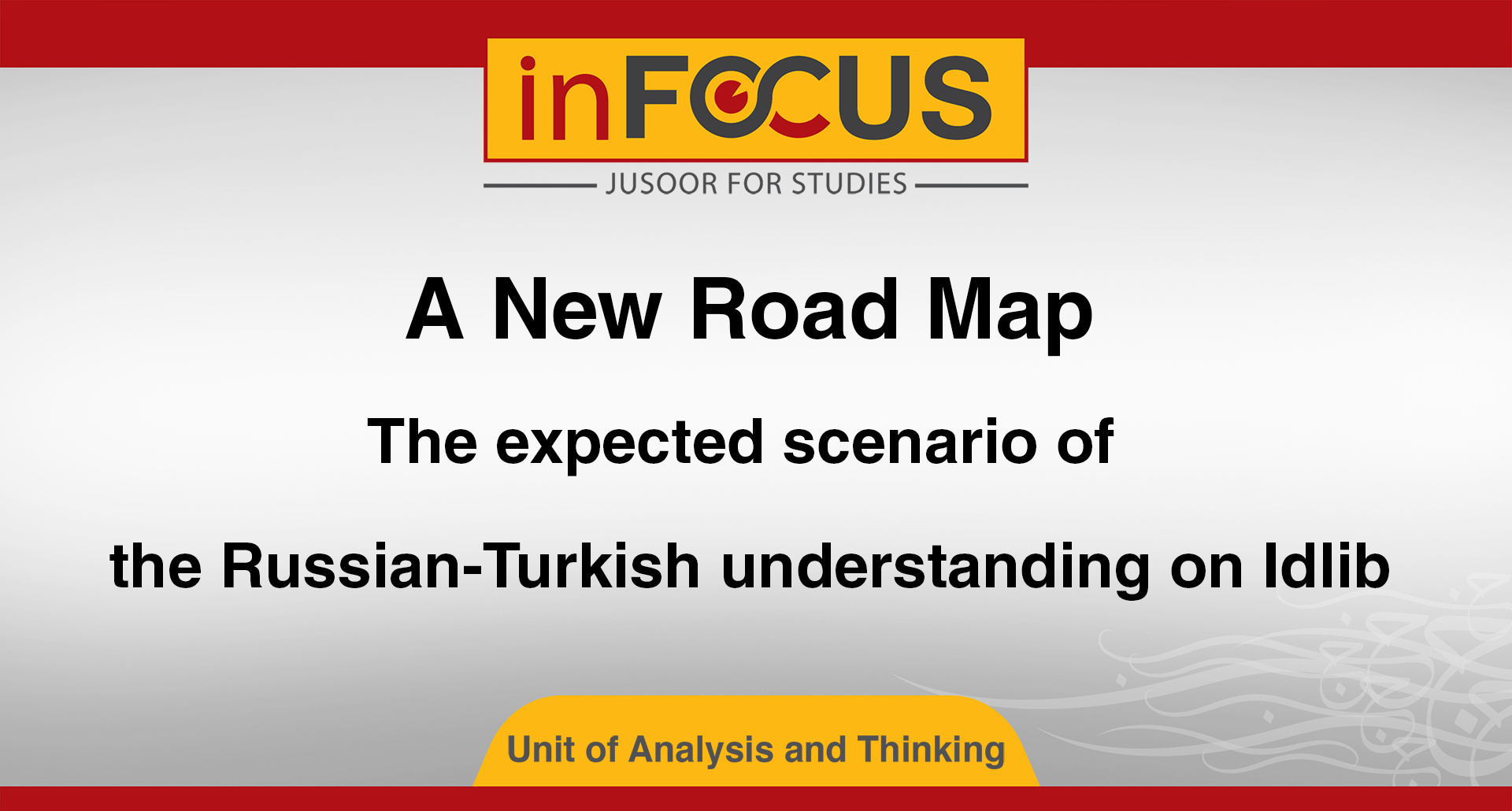 A New Road Map.. The expected scenario of the Russian-Turkish understanding on Idlib

127
A New Road Map: The expected scenario of the Russian-Turkish understanding on Idlib
The Russian-Turkish talks are still ongoing through expert groups to complete the understanding on the protocol that the presidents reached on March 5, 2020.
It can be assumed that the bilateral talks seek to crystallize a scenario in northwestern Syria that responds to the security interests and concerns of both sides, and that makes a permanent ceasefire-if reached- based on the following map:
1. Safe zone for civilians that most probably:
• Turkey will demand for in accordance with the limits of the Sochi Memorandum (2018).
• Russia will push for the demarcation of new borders based on the recent Syrian regime advance, after Russia’s previous offer of a 10-km-depth area on the border strip has been firmly rejected by Turkey.
Consequently, the two parties may reach a common formula based on identifying safe corridors, distributing of observation and monitoring according to the areas of influence while at the same time establishing standards and mechanisms that guarantee the safety of civilians.
2. A commercial security zone, whose borders were demarcated in accordance with the Moscow Memorandum (2020) that most probably:
• Turkey will demand not to make it a buffer zone and only found it sufficient to establish coordinated joint measures to ensure transit and transport traffic.
• Russia will push to make it a buffer zone or part of it, regardless of technical measures to ensure the safety of commercial traffic.
The two parties have managed to reach a common formula based on identifying the coordinated joint control areas on the international road M4, while a similar or different formula may be reached regarding the international road M5 so that the supervision is coordinated and independent.
3. A demilitarized zone that most probably:
• Turkey will demand the withdrawal of the Syrian regime to the borders of the Sochi Memorandum (2018).
• Russia will push for the demarcation of new borders for this region that does not include the new contact lines, or at the very least include part of them without returning to the Sochi lines, while making the commercial security zone free of arms.
The two sides may reach a joint formula based on acceptance of identifying a new demilitarized zone that includes part of the new contact lines with the formation of buffer corridors along the areas where the observation points are deployed.