A New Humanitarian Catastrophe.. The Syrian Regime’s Silence on the Spread of Corona 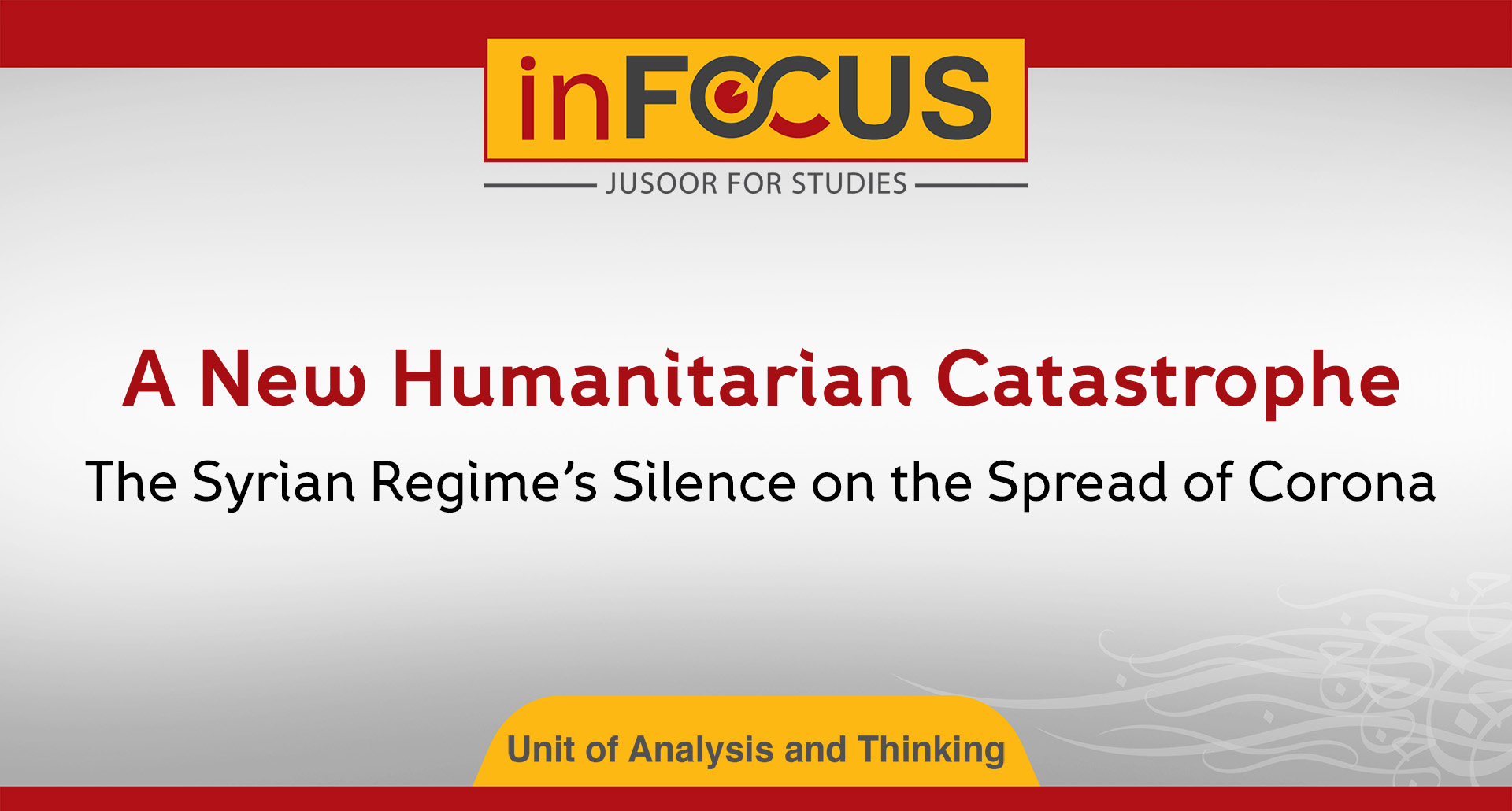 A New Humanitarian Catastrophe.. The Syrian Regime’s Silence on the Spread of Corona

A New Humanitarian Catastrophe: The Syrian Regime’s Silence on the Spread of Corona

On March 18, 2020, the Syrian regime Ministry of Health requested the Chinese ambassador to Damascus dispatch a specialized medical team to deal with the Corona virus. This comes despite the regime’s continued insistence that no cases of Corona virus have been recorded in the areas under its control.
The Syrian regime purposefully has recorded cases of Corona virus cases and Corona virus-related deaths as cases of pneumonia.
However, verified information indicates that there are dozens of cases of citizens infected with Corona virus in hospitals in Damascus, Aleppo, Latakia and Deir ez-Zor. These cases are being hospitalized in facilities where procedures and equipment create an incubating environment for the virus rather than helping to treat it and prevent its proliferation.
The Syrian regime’s persistent silence on the spread of the Corona virus may result in a major humanitarian catastrophe due to the country’s deteriorating healthcare system which almost collapsed at certain points in the recent past. In addition to the weak healthcare system, there is lack of awareness and initiatives to prevent the virus.
The Syrian regime’s behavior in dealing with the new global epidemic demonstrates its indifference to the negative consequences, regardless of their magnitude, that citizens may suffer due to the virus. The regime’s approach is an extension of the excessively violent practices it has used for the past 9 years, which caused the deaths of hundreds of thousands of civilians, the displacement of millions and incited the killing of anyone who opposed the regime’s policies under the pretext of terrorism.
Indeed, the Syrian regime silence on the spread of the Corona virus poses a threat to international and regional security and requires urgent international intervention to prevent a more dangerous and influential replication of Iran’s opaque model of governance. This is important especially due to the continuation of flights from Najaf, Tehran, Cairo and Baghdad to Syria at the time when most countries in the world are pushing to restrict air traffic to reduce contact and transmission.
The Syrian regime’s lack of transparency in revealing information about the virus is linked to its fears of how this information will negatively impact the economy, already near collapse. Also, the regime fears that the virus may be used to legitimate an international intervention in Syria if the regime was not able to contain the virus.