6 Years Pass as Opposition Seized Control over Idlib: What changed, what about its Future? 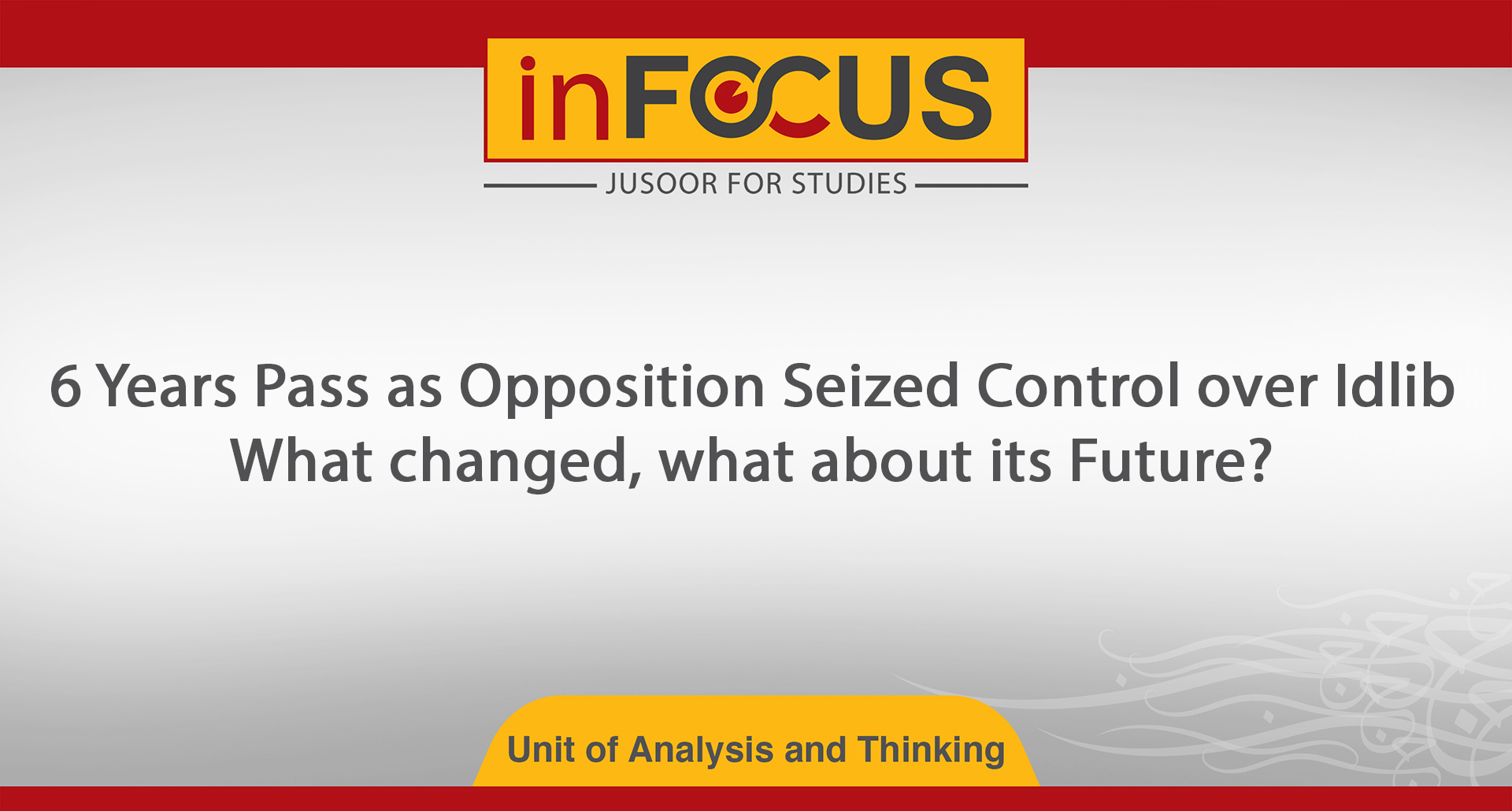 6 Years Pass as Opposition Seized Control over Idlib: What changed, what about its Future?

In focus |   6 Years Pass as Opposition Seized Control over Idlib: What changed, what about its Future?

March 28, 2021, marks the sixth anniversary of the Syrian opposition’s control of the city of Idlib in the northwest of the country, which paved the way for the control of almost the entire province later in a short period.

The opposition factions' control over Idlib could have led to the collapse of the main defense lines in the Syrian coast, the stronghold of the regime forces, which at the time required Iran to request Russian military intervention, which happened at the end of September of the same year.

Later, Idlib turned into one of the last strongholds of the Syrian opposition, after Russia and Iran turned it into a sole destination to the forced displacement of fighters, their families, and civilians who felt fear of the regime.

In fact, the Syrian opposition factions were unable either to maintain their military positions or take advantage of the vital importance of Idlib Governorate, as the Army of Conquest or Jaish al-Fatah quickly collapsed at the end of 2015. All subsequent attempts to either reunite the military alliance or find any alternate military boday failed, which weakened the ability to effectively repel the military campaign, launched over the city of Aleppo in 2016.

Since the fall of the city of Aleppo, Idlib city and its vicinity have become one of - and then the last- de-escalation zone in Syria. As a result, the Turkish intervention initially obstacled and after that prevented the Syrian regime, with the support of its allies, regaining control of the city between 2018 and 2020, after the latter launched more than 5 large-scale military campaigns.

Over 6 years, Jabhat al-Nusra underwent a series of transformations and rebrandings in the levels of the organizational structure and ideological ideas as a result of necessity rather than desire, after its survival became linked to redefining itself as one of the local factions with an Islamic dimension. However, it made a great effort to control the entire joints of the governorate, which was achieved at the expense of the rest of the opposition factions.

After 6 years, the margin of independence of decision-making among the opposition factions diminished, and even the Al-Nusra Front, which later became Hayat Tahrir al-Sham, and which has become more linked to international understandings, with which the future of Idlib is linked more than any other local factors.

Although the future of Idlib has become dependent in the first place on the preservation of the ceasefire agreed by Russia and Turkey, which, once it collapses, the military operations may redraw the map of control again in favor of one of the conflicting parties, but the opposition factions still have an opportunity to transform this area into a safe zone that establishes a sustainable calm. In fact, this requires more military and political coordination between them as operating factions on one hand, and with Turkey on the other.