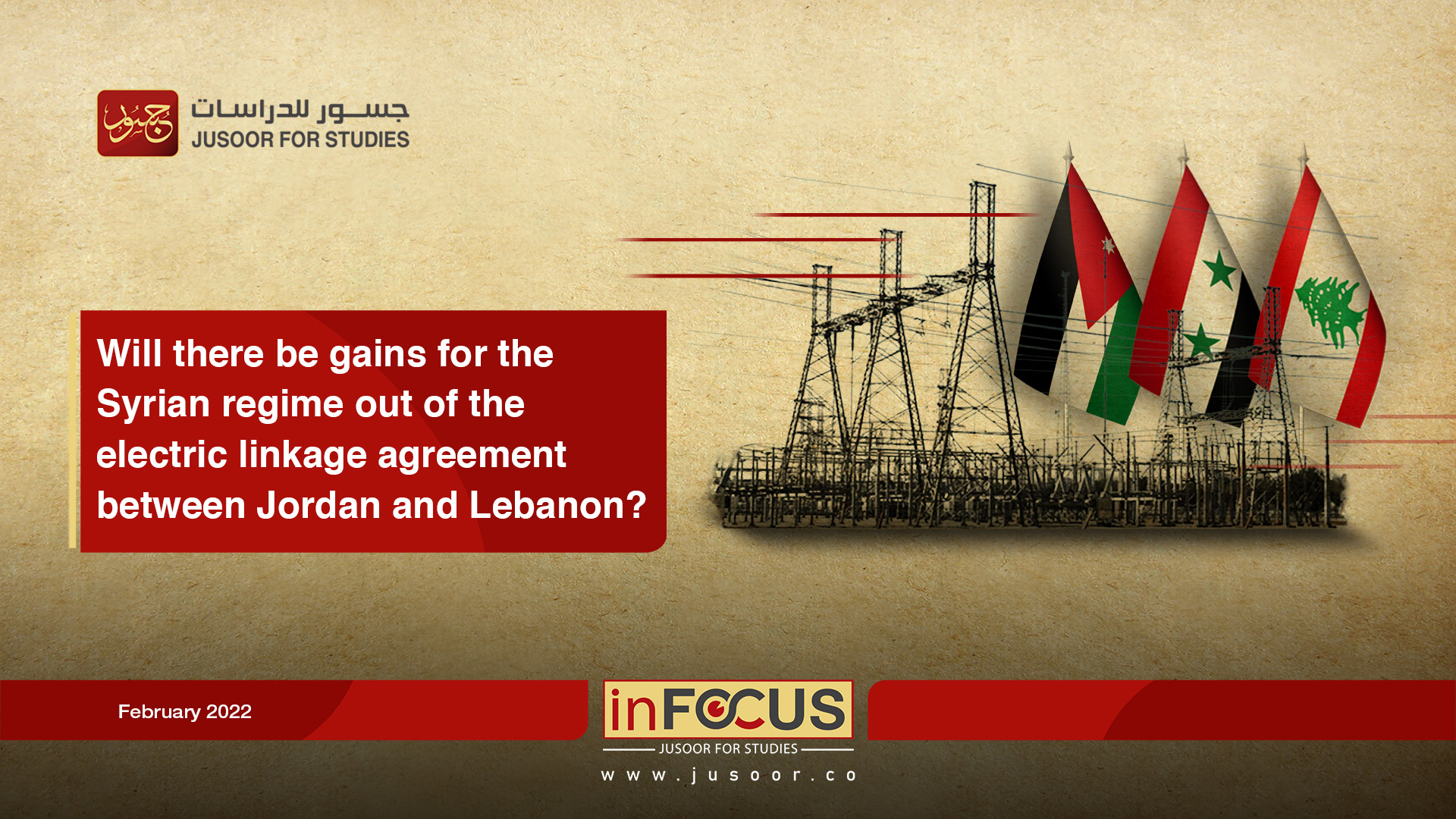 On January 27, 2022, Lebanon signed an agreement to draw electricity from Jordan through Syria with a technical daily capacity of 225 megawatts. The draft agreement was prepared in October 2021. It included the transmission of electricity through an Eight Line system to Lebanon from Jordan via Syria, after the line was under maintenance in the latter, as its readiness was announced by the Minister of Electricity weeks after the draft agreement was made.

According to the agreement a kilowatt is priced at $0.15, to be paid by Lebanon to Jordan directly without the Syrian regime receiving any money, but rather an 8% of the total transferred energy (about 18 megabytes)- which will be used to serve Syrian regime-controlled areas- as transit fees. It is worth mentioning that the World Bank guaranteed the payment of the amounts owed to Jordan in the form of a loan granted to Lebanon in the event that it falters financially in making the payments or was going through bad economic conditions.

It is estimated that the regime-controlled areas need 4,000 megawatts of electricity per day if the minimum amount of electric power is operated.  Although the share that the regime will receive is only 4.5 per thousand of its needs, it considers the agreement as a gain economically and politically:

- Economically, the regime can unofficially obtain amounts of electricity through surreptitiously connecting with the net and claiming that the equipment is leaking; and as such, it gets a bigger amount of electricity or sums of money to repair or maintain the decaying network.

- Politically, the regime views the agreement as an inseparable part of its efforts to achieve the goals it seeks like rehabilitation and ending the Arab and international isolation imposed on it.

The World Bank is expected to respond to the agreement by April 2022. It has already set 3 conditions for financing the agreement; namely, raising the cost of electricity in Lebanon at least to the cost price, improving collection processes across the country, and eliminating all infringements on the network.  If Lebanon is; however, able to respond to the first condition, it will face difficulty fulfilling the other two conditions, especially with the control of the Hezbollah armed militias on its land.

Moreover, the approval of the World Bank on financing the process is expected to be closely conditioned by the results of the IMF talks currently under-way in Lebanon, which makes operating the electricity in the interconnection project more difficult than it appears. That in turn will undermine the Syrian regime’s hopes to benefit from it.