Why does ISIS avoid admitting the death of its leader? 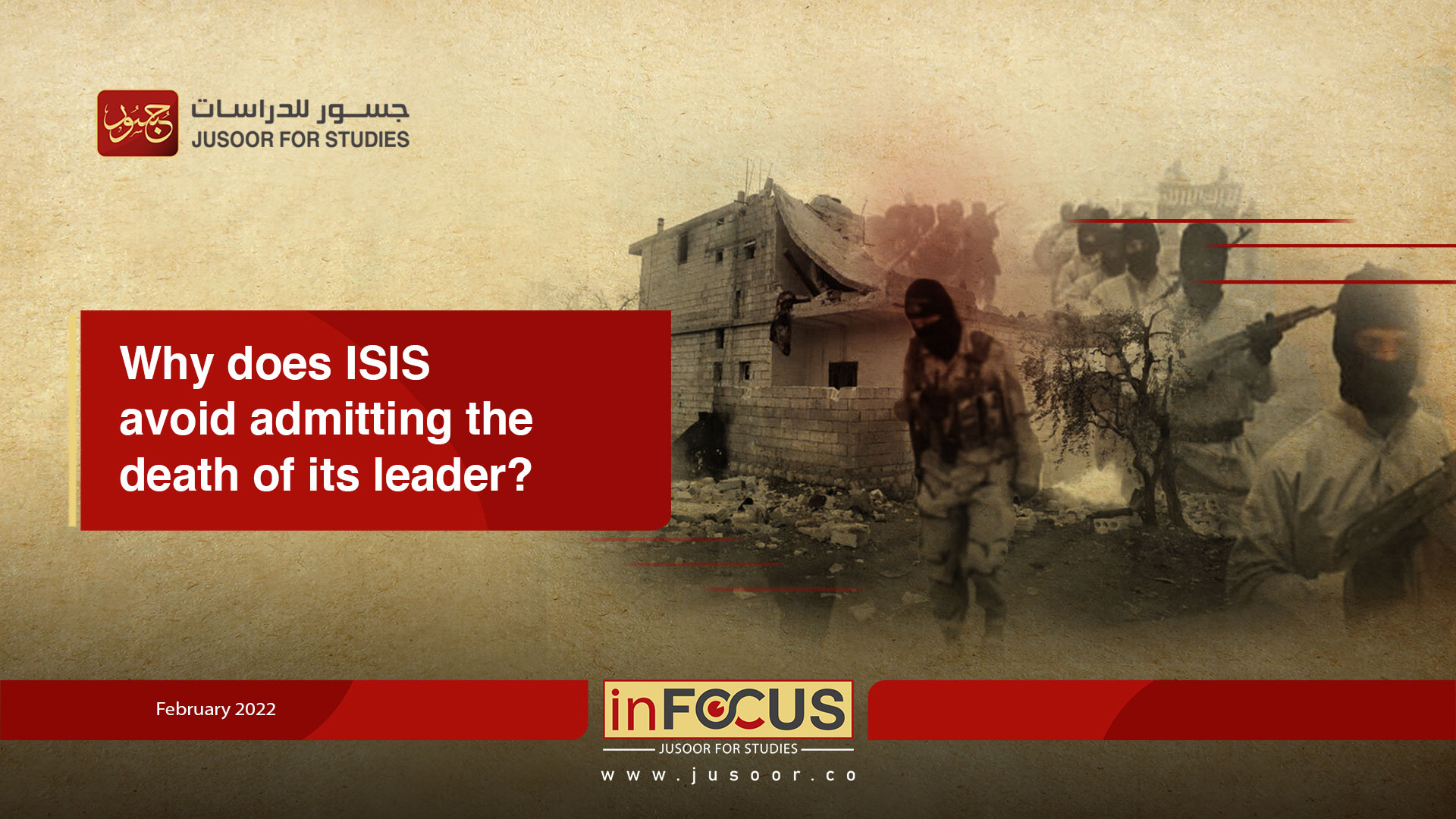 Why does ISIS avoid admitting the death of its leader?

123
Why does ISIS avoid admitting the death of its leader?
The official spokesman for ISIS, "Abu Hamza al-Qurayshi", avoided addressing the issue of the killing of the group's leader, " Abu Ibrahim al-Hashimi al-Qurayshi", in his audio recording issued on February 9, 2022, which focused on inciting and mobilizing the organization's supporters, without mentioning the overnight raid that was carried out by the US forces in Idlib on February 3.
The ISIS spokesman called on supporters and members of the organization who are active within the "security states", especially within the areas of the Syrian Democratic Forces, to move and intensify security operations in order to release the families of women and children from the "Al-Hol" camp and the rest of the detention centers. He also directly threatened the "SDF" while re-emphasizing that Democratic Forces will be the first target of the organization during the next stage.
It is noted that ISIS's handling of Qardash's killing was different from the assassination of the former leader of ISIS, "Al-Baghdadi" in late 2019, when he admitted his killing and announced the inauguration of a new caliph. This difference in behavior can be explained by the following points:
• The organization’s transition to decentralization at the level of decision-making and executive work for the security states since the beginning of 2019. This mechanism took place nearly a year before the killing of “Al-Baghdadi”, when his powers were transferred to his deputy and from the latter to the “governors”, until the “caliphate” turned into a symbolic position.
• The change of circumstances that prompted the organization to announce the killing of its leader in late 2019, where at the time of the killing of al-Baghdadi, the organization was in need to confirm the “sincerity of the group's message” for the supporters, in response to the allegations of the escape of its leaders and emirs. After the killing of Qardash, on the other hand, it needed to confirm the “survival” narrative that it adopted and confronting the efforts of the United States to sow frustration among its members and detainees, especially since the raid came after the "Sina'a" prison attack in Al-Hasakah.
• The organization’s shift from the stage of “attrition invasions” to a new stage, whether that is by continuing to the “Breaking the Walls” campaign or starting with launching “incursions”; i.e., expansion and concentration of security operations. Consequently, it is necessary to avoid announcing Qardash's killing so as not to disturb the activities and plans of the organization's cells and militants and the ability to mobilize the supporters.
In any case, the foregoing does not mean that the organization may have reservations about announcing the killing of "Qardash" for a long time, but it may be accompanied by the implementation of a new qualitative operation against the "SDF" or the international coalition.