What is behind Rami Makhlouf’s Media Appearance? 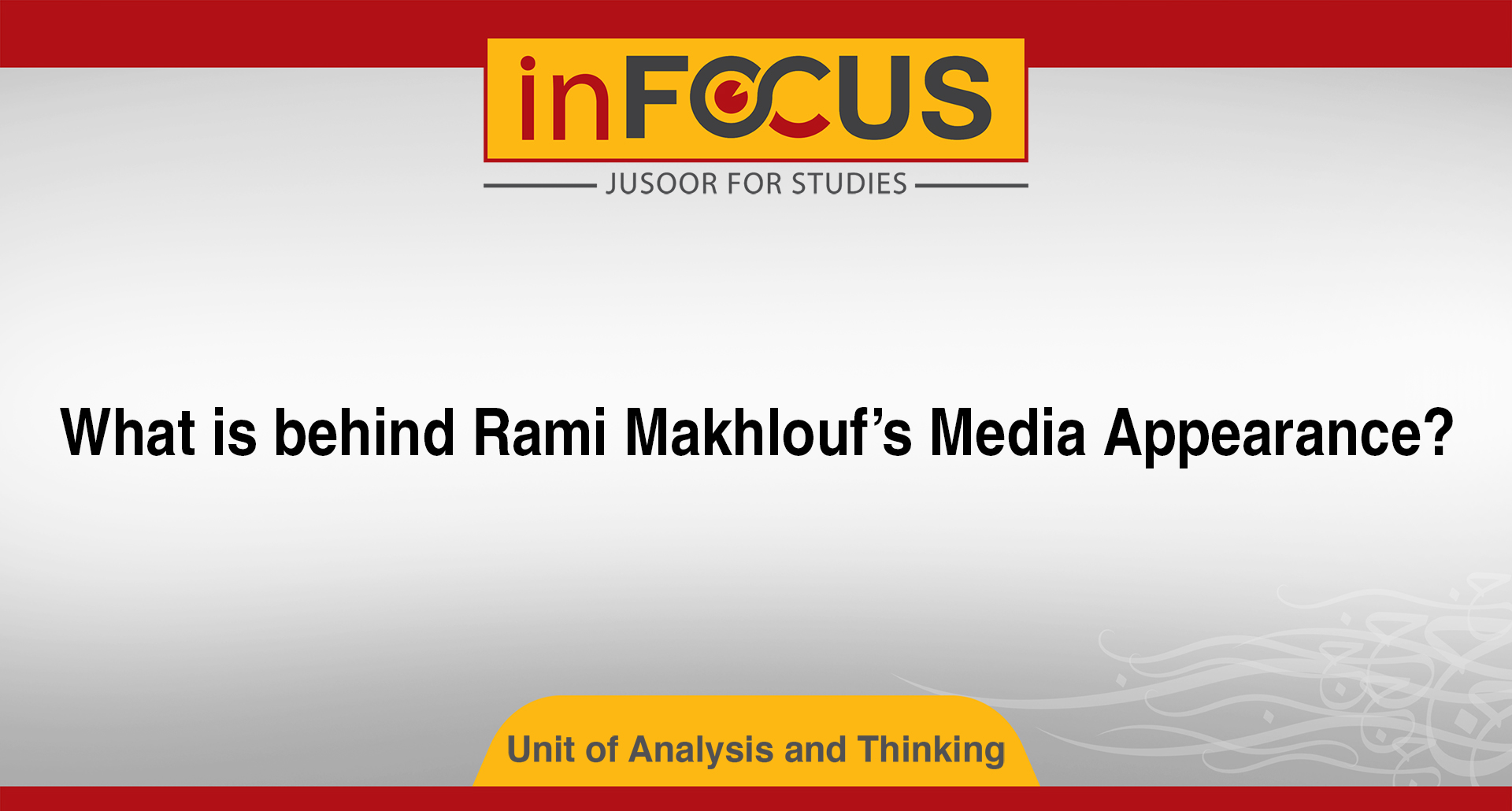 What is behind Rami Makhlouf’s Media Appearance?

73
In Focus: What is behind Rami Makhlouf’s Media Appearance?
Rami Makhlouf’s, one of the most prominent economic figures in the Syrian regime, frequent media appearances have sparked a wave of speculation about the implications about his speeches, the timing and the consequences.
Based on the Syrian regime’s composition and the current circumstances including the multiplicity of international actors influencing the course of events, the following are the major possibilities to help understand the implications of recent events:
1- Conflict within the circle surrounding Bashar al-Assad: In his speech addressed to the head of the regime, Makhlouf focused on a “third party” that seeks to destroy the structural compatibility.
Makhlouf suggested that there is a struggle between the businessmen in Bashar al-Assad’s circle and Asma al-Akhras, al-Assad’s wife, and the most prominent candidate within the regime to fight the battle against old money.
An indicator of this conflict is that Asmaa, through Emma Tel, has become a rival for Makhlouf for the leadership of the telecommunications sectors which Makhlouf has been occupying for twenty years.
Some of the information suggesting the existence of a conflict suggests that Makhlouf provides the Russian media with details about al-Assad and his wife’s behaviors including information that al-Assad purchased a gift estimated at 30 million US Dollars for his wife.
Another indicator that emerges in Makhlouf’s records is the decline in cohesiveness among the major partners at the regime’s table, and this indicator has unavoidable effects and consequences. It also reflects a dispute at the level of family and sect with each partner holding different levels of influence and support at home and abroad.
2- Russian role: It is possible that Russia actors are indirectly behind the recent crisis between Makhlouf and the al-Assad regime through Moscow exercising pressure on al-Assad to collect dues and tax from the figures that have played a fundamental role in the regime’s economic domination. Russia’s goal is to locate means to self-finance the war effort and reactivate facilities, or Russia wants to remove these figures from the forefront as part of the process to recycle the Syrian regime based on the Russian framework for the political process and as a means to convince the international community of reforms in Syria. The situation necessitated a reaction from Makhlouf given his prominent position as the regime and al-Assad family’s source of capital as well as due to the popularity he has gained within the Alawite community which he has worked to gain sympathy from during his second appearance.
3- Al-Assad sacrificing Makhlouf: It is possible that the current conflict is the result of al-Assad’s desire to collect funds to pay some of the dues owed to Russian and to revive the economy, that has entered the most dangerous situation, as well as al-Assad’s desire for his wife to play a pivotal role in the economic process by benefiting from her western connections.
Regarding the future of the internal crisis that is currently ravaging the Syrian regime, one of the following scenarios can be expected:
1- The conflict may extend to the Alawite sect due to Makhlouf’s popularity as a result of his expenditures on the war-injured and the poor within the community over the years through the al-Bustan Charitable Society and other associations, as well as the Makhlouf family’s influence generally in the security services.
2- One possible scenario is that al-Assad may end Makhlouf’s influence without exacerbating the crisis and its expansion to within the sect or security institutions. Sacrificing Makhlouf may be due to al-Assad’s desire or due to him favoring his wife in the ongoing conflict with his cousin. This scenario bears similarity to the events that occurred with Rifaat al-Assad previously, who was more influential and effective than Makhlouf.
Unit of Analysis and Thinking - Jusoor for Studies
To visit the English Telegram channel: Click here