What is behind Hayat Tahrir al-Sham’s Moves to Restructure 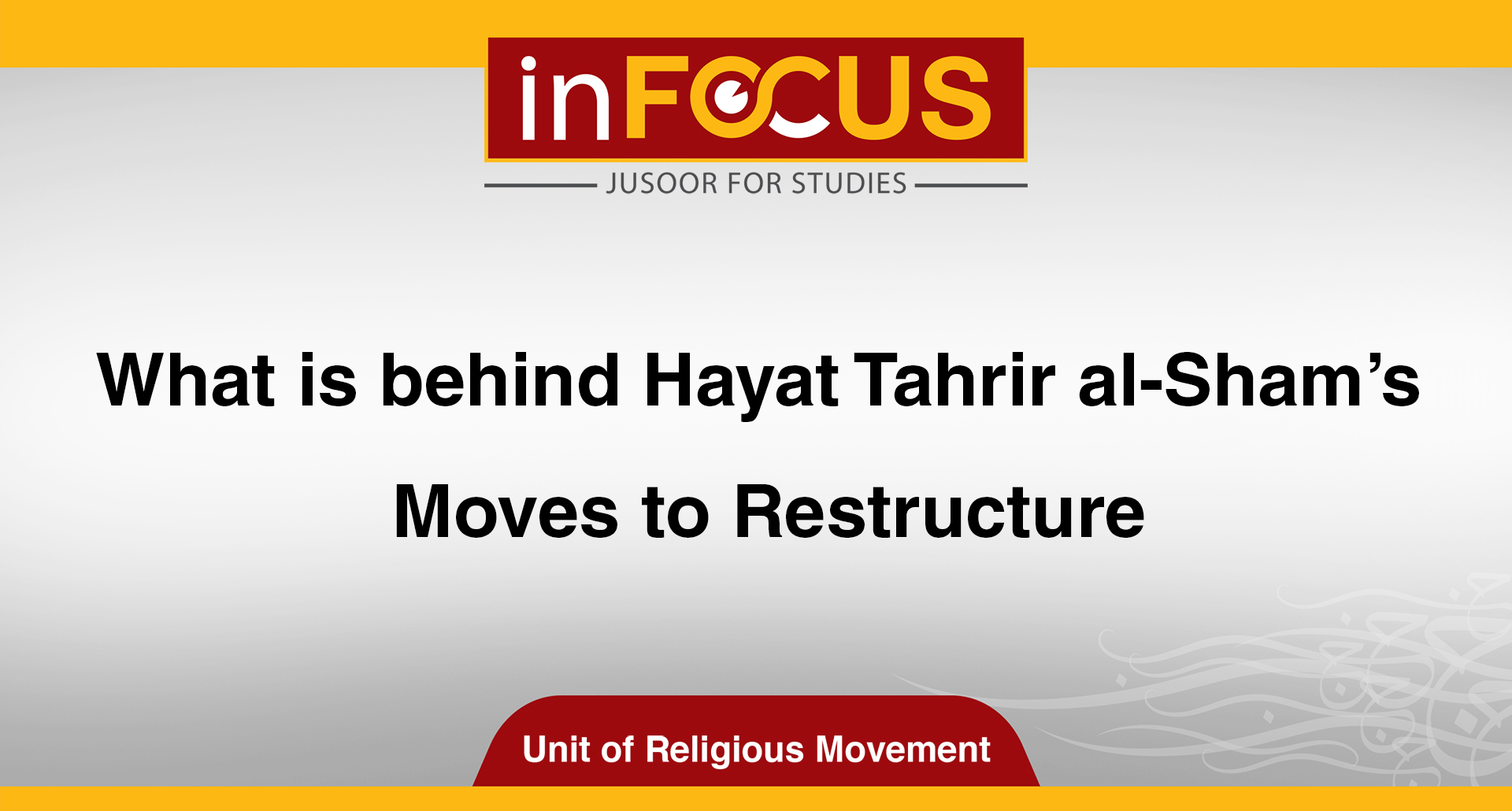 What is behind Hayat Tahrir al-Sham’s Moves to Restructure

96
In focus| What is behind Hayat Tahrir al-Sham’s Moves to Restructure
In an interview in February 2020, abu Mohammed al-Golani, the head of Hayat Tahrir al-Sham (HTS) listed several reasons for the successive losses experienced in the recent military campaign. He indicated that HTS and the remaining factions needed to develop a coherent organizational structure to avoid further complications.
It appears that HTS suffers not only from its weak military performance, but also from organizational inconsistencies due to its units and sectors’ lack of hierarchically and administrative organization. As a response, the HTS leadership accelerated the development of hierarchical structure by merging its military sectors into three military brigades and appointing new leaders for them while transferring other leaders to new positions.
It is necessary to note that the announcement of this step was made after Abu Malik al-Telli, a prominent HTS leader, released a statement indicating his resignation from HTS. Soon after his announcement, other HTS leaders confirmed his return to its ranks, but al-Telli has issued no official confirmation so far.
The restructuring within HTS can be analyzed from three aspects:
• During this state of calm and ongoing ceasefire, the HTS leadership is invested in organizing its ranks and shifting the power balances within HTS for the older members, forming blocs, to be repositioned alongside new recruits to avoid the attrition that HTS and all other parties to the conflict in Syria have experienced.
• Ensure meeting the needs of the situation and working on developing a more centralized military hierarchy commanded by stricter leaders loyal to al-Golani. HTS has exploited the situation to marginalize extremist and internationally unacceptable names from the leadership in an effort to demonstrate its reliance on moderate local fighters and leaders.
• Attempting to satisfy objections within the organization concerning its military performance and its organizational weakness by forming these brigades and assigning leadership tasks to military figures known for their performances within HTS.
The HTS leadership is aware that the organization will not continue indefinitely, and, through these steps, it seeks to reformulate its factions to appear to transform into an umbrella formation that is more inclusive. Through these measures, HTS is working to enhance its civil presence and entrench itself into local and relief councils as well as continue to restructuring its military and security system that allows it to continue playing a role in the scenarios of the new scene.