What does Bashar Al-Assad's visit to the UAE aim at? 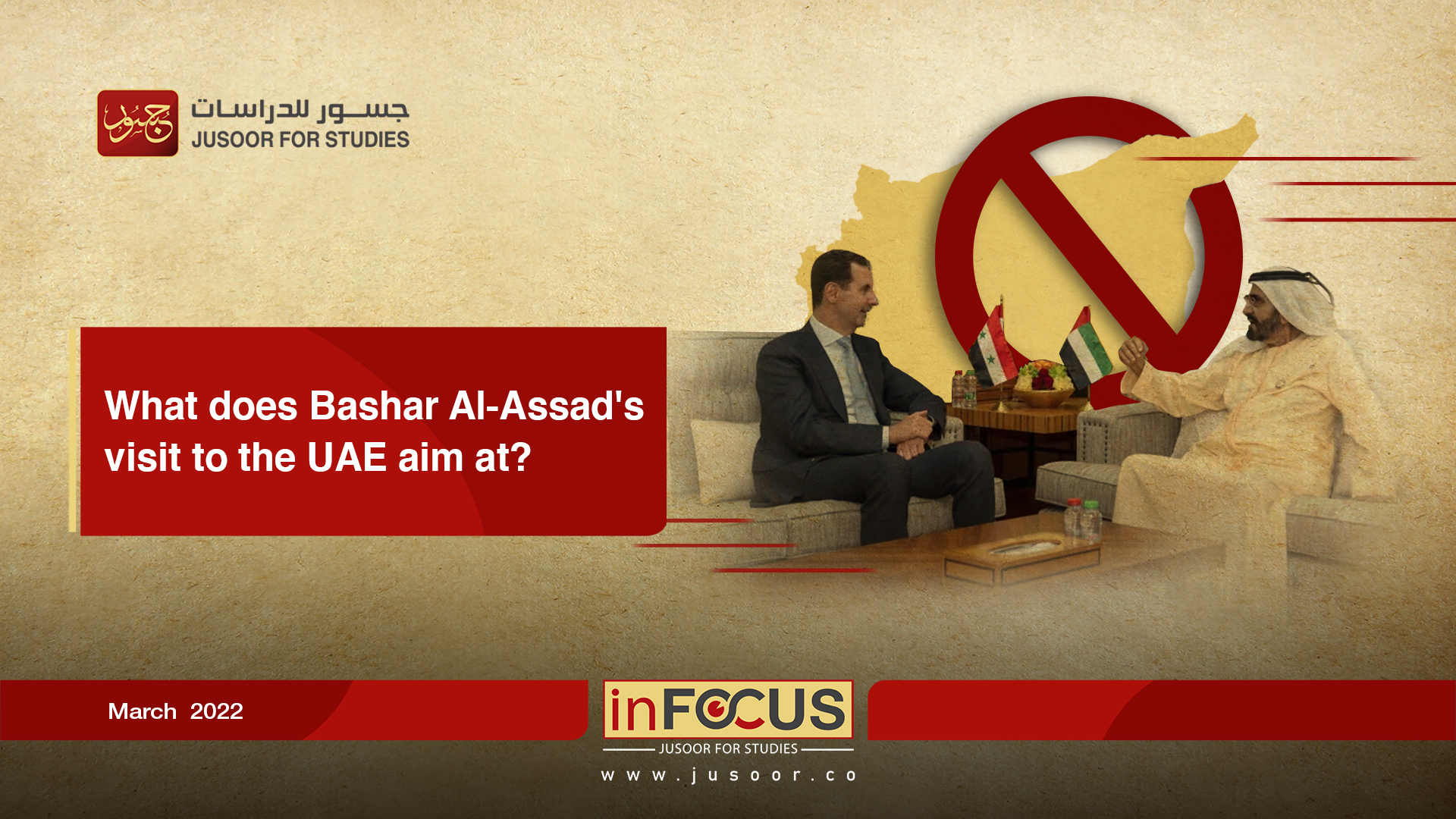 What does Bashar Al-Assad's visit to the UAE aim at?

102
What does Bashar Al-Assad's visit to the UAE aim at?
The Crown Prince of the UAE, Mohammed bin Zayed, received the President of the Syrian regime, Bashar al-Assad, and the meeting was announced late on the night of Friday, March 18, 2022.
This is the first visit of Bashar al-Assad to an Arab country since 2011. Since the normalization of relations between the UAE and the regime began at the end of 2018, Abu Dhabi Crown Prince, Mohammed bin Zayed Al Nahyan has made two contacts with Bashar al-Assad, in addition to the visit of the UAE Foreign Minister, Abdullah bin Zayed that he had made to Damascus.
The visit took place via an Emirati plane that carried Bashar al-Assad and the accompanying team from Damascus. Moreover, it included a meeting with the Vice President, Prime Minister and Ruler of Dubai, Mohammed bin Rashid Al Maktoum. It is noted that during the meeting with Ibn Rashid, al-Assad did not receive protocol treatment as a head of state, even though Ibn Rashid, the UAE's de facto ruler, is the Emirati official who corresponds with him, concerning the Protocol.
The UAE’s reception of the Syrian regime’s President is an unprecedented step compared to the normalization of consular relations, which is not prohibited by Arab League decisions, and with the partial normalization of economic relations, which is linked to the exception granted by the United States to some Arab countries such as Jordan and Lebanon.
Apparently, the UAE's invitation to al-Assad comes as a result of several motives, the most important of which are:
• The desire to build understandings with Iran in preparation for the imminent signing of the nuclear agreement to negotiate with Iran and reach an agreement with it that ends the threat posed by the Houthi group to the security and economy of the UAE. This, of course needs to be compensated. For Syria to be an adequate space for this; the UAE seems able to help the regime bypass sanctions and get rid of the Arab isolation. The above issues, Iran has long sought to address, which ensures compensation for expenses and to consolidate its presence in Syria.
• The UAE's desire to play a diplomatic and mediating role between Iran and Israel through Syria, especially since the nuclear agreement did not contain security guarantees about Iran's activity in Syria and Lebanon. Abu Dhabi will be prepared to do so as long as it has good relations with Tel Aviv and it is prepared to reach an agreement with Tehran in Syria.
• The UAE's desire to expand its role in the region as a regional power capable of competition, taking advantage of the decline in the United States' interest in the region and the possibility of Russia's preoccupation with the conflict in Ukraine, which is an appropriate opportunity for the UAE to be present in Syria in many sectors, especially the economic one.
This visit comes in the context of regional and international fluctuations, in which the regime has become just a tool for exchanging messages between the actors without a direct impact on the Syrian file.
Accordingly, the meeting as a whole carries media and political dimensions that serve the interests of the UAE, and give the regime the opportunity to achieve an important political achievement, but without necessarily obtaining tangible gains, especially with regard to economic and financial support.