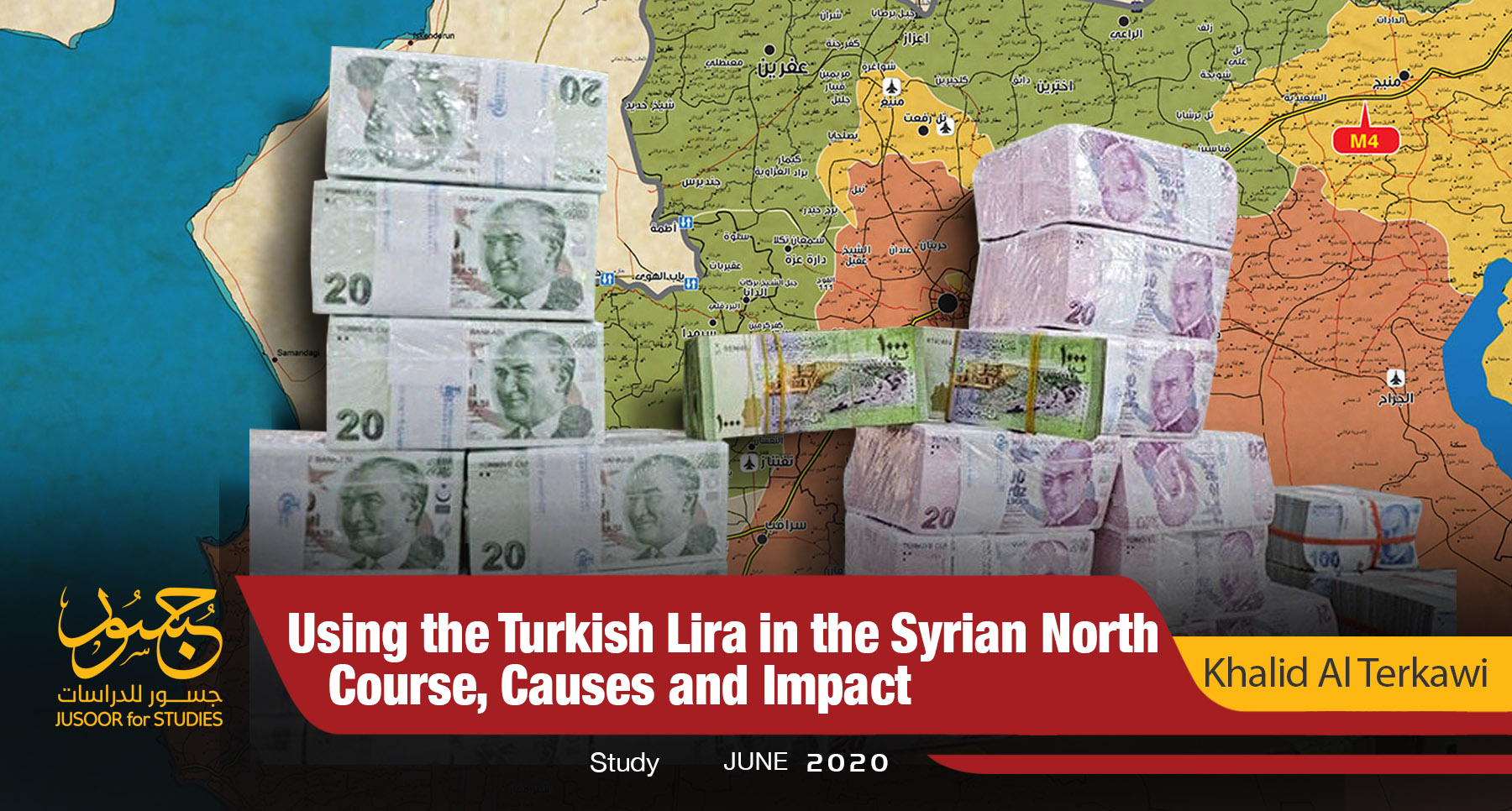 The Syrian Pound is currently struggling at 2500 SP per USD, but the natural structural causes and expected crisis that the Syrian economy will face in the second half of 2020 will cause unprecedented collapse in the value of SP.
With the US sanctions under the Caesar Act targeting the relationship between the regime and its economic network entering into force and the regime severing ties with its traditional allies in Iraq, Syria and other countries, it is expected that the regime will suffer lack of great resources in the comping period. Furthermore, the regime capacity to protect the SP will deteriorate in light of the expanding money supply to spend on its ongoing commitments and a bigger consumption of foreign currency to fund military operations and deployment of soldiers all over the country. In addition to the regime’s lack of monetary tools that it used to depend on.
Therefore, the repeated collapse of the SP will lead to record rocketing prices and the purchase power of civilians in regime-controlled areas will decrease due to the scarce resources which will eventually lead to more poverty and business interruption.
If Syrians in regime-controlled areas were give the freedom, perhaps they would have abandoned the SP in all their dealings in order to keep the rest of their money and to push for a more stable business process. Also, the civilians will develop unparalleled payment methods for big trade deals.
On the other hand, in areas outside the control of the regime, many Syrians will give up using the SP during the comping period and the Syrian north will witness circulation of different currencies. The USD will be used for big trade deals and the Turkish Lira will be used to purchase primary commodities and medium-priced commodities. The SP will be in circulation on the short term to buy basic and cheap items like food, vegetables and fruit.
The future of the currency transaction on the long-term will be subject to the interests of actors in this region and competing powers where some will push for the circulation of the TL, others for the SP or a multi-currency system.
The circulation of the TL in the Syrian north will cause problems and disruption in the issue of pricing and trading. There will also be a technical problem related to the existence and availability of currency-denomination. Hence, more stable pricing and active commercial traffic will be witnessed on the medium-term, as well as more Syrian and Turkish investments in the Syrian north that are pushed by Ankara to revitalize the region and return some of the Syrian refugees in Turkey.
The circulation of the TL will help identify the real size of the economic activity in the region and will facilitate studies and damage assessment. It will also help control the security chaos which huge part of it is related to defending financial interests and gains. The Syrian citizen and trader in the north will be better able to fix the price and maintain the value.
However, the regime will see the circulation of the TL as a threat for its economic and political interests and so it will try to create greater chaos on the medium-term to disrupt the full implementation of such a step, using security and monetary methods by the help of the influential currency traders in the region.
Consequently, the transformation into the TL will not be an easy and smooth process due to technical and economic reasons; the most important of which is the conflict of interests of the actors, which in turn will cause an escalation of war in this field. A war no less fierce than the military war on the ground.