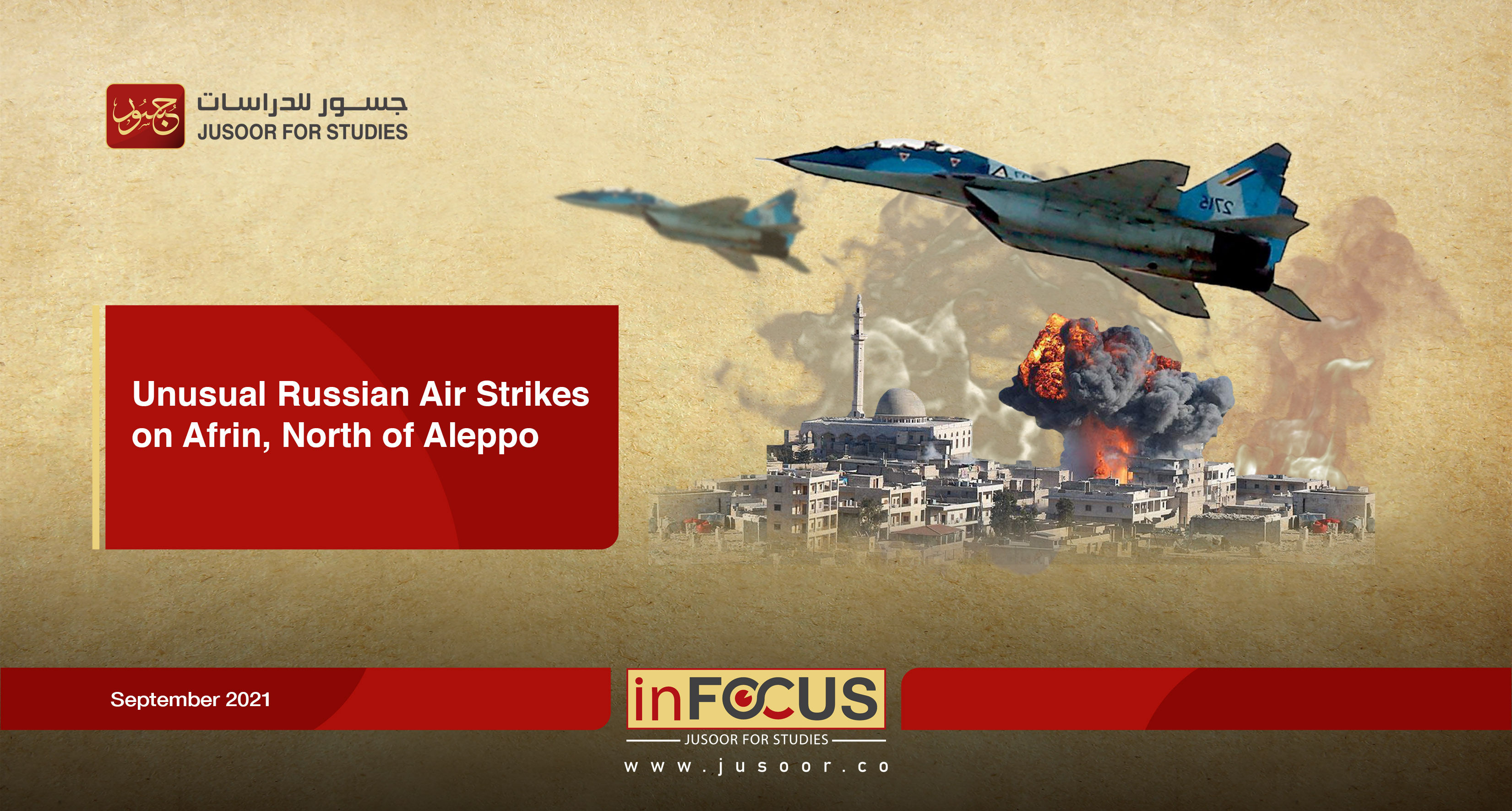 On the morning of August 31, 2021, Russian aircraft launched unusual air attacks on the Afrin region, north of Aleppo, targeting a camp in the town of "Iskan" belongs to the "Al-Sham Legion"/ Faylaq al-Sham military faction, which is considered to be the closest group to Ankara. Anyway, no casualties were reported as a result to the Russian strikes.

However, this very attack has special significance as it is the first time that Russia has targeted the Afrin region since the Syrian opposition, backed by the Turkish army took control of the city in the Operation Olive Branch in 2019.  It is not secret that the Russian military police withdrew from the region before the Syrian opposition and the Turkish Army got into Afrin, within the framework of an understanding between Turkey and Russia, under which the Russian forces remained far from any escalation.

Therefore, it is likely that the escalation of air raids in this region conveys a political message from Russia, in conjunction with the continuation of Turkish air and artillery strikes on sites belonging to the Syrian Democratic Forces (SDF) that is under Russian influence, as Turkey has been carrying out a series of assassinations by drones since mid-August 2021, which led to the killing of three SDF field commanders near Tal Tamr and Ayn al-Arab, in addition to intense artillery strikes focused on Manbij and Ayn Issa, and it is likely that these attacks were not coordinated with the Russian side.

Nevertheless, in line with its military actions, Turkey is seeking to push Moscow to fulfill its pledges it had made at the Sochi summit in late 2019, but the Russian response in Afrin came as an answer that Moscow has some leverage against Turkey, and can never yield to the field pressure that usually Russia is also using it in Idlib.

In October 2020, Russian raids claimed the lives of nearly eighty members of Al-Sham Legio, after targeting the faction's camp in the Jabal al-Duwailah area, north of Idlib.

All in all, the outcomes of the presidential summit in Sochi, signed in late 2019 between Turkey and Russia, are faltering to be implemented, as Turkey is waiting for Russia to fulfill its commitments to remove SDF members thirty kilometers deep from the border strip, while Ankara pledged to establish a safe corridor on both sides of the international road M4, with 6 kilometers wide, and this stumbling block prompted the two sides to use the military escalation to send messages of alarm, and to push the outstanding issues forward.