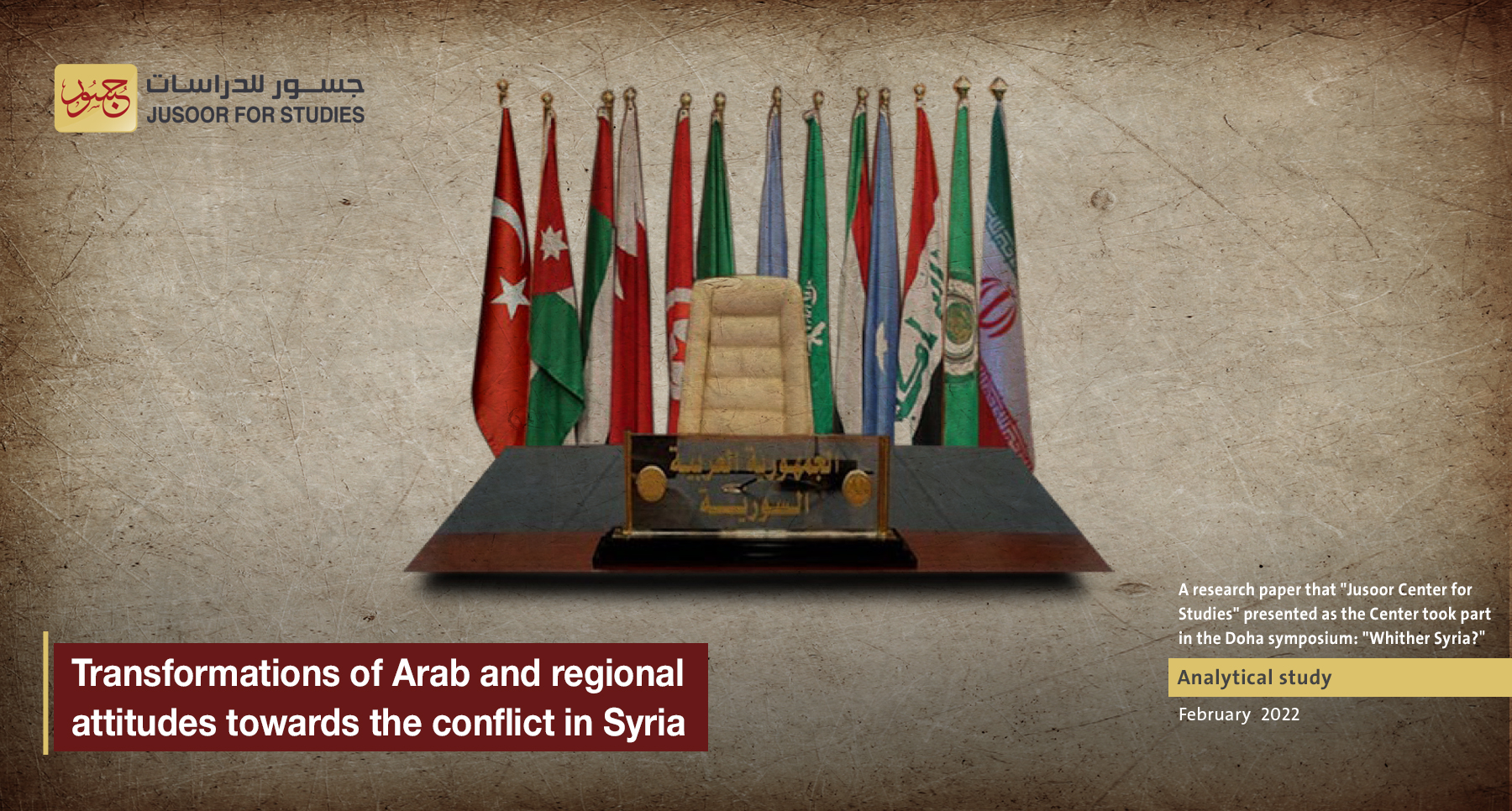 Between 2011 and 2022, there was a significant shift in Arab and regional attitudes towards the conflict in Syria. The presence of Arab countries has clearly declined until it has become secondary in most cases, compared to the prominent presence of Turkey and Israel, whether in terms of positions, role, or effectiveness.

Such a shift in Arab states and regional actors' attitudes. in fact, was the result of many reasons, such as the emergence of ISIS, Russia's military intervention in Syria and the refugee crisis, and the consequent sharing of roles between the main actors in the file, namely Russia, Iran, the United States and Turkey.

Accordingly, this study reviews the most prominent Arab positions towards Syria, whether with regard to international isolation, the political process, the Syrian opposition or external interference, in addition to the positions of Turkey and Israel regarding the conflict that erupted in 2011.

Addressing the shifts in Arab and regional attitudes helps experts to re-evaluate the position of the Syrian opposition and the rest of the local actors in the conflict, in addition to contributing to providing an answer to the symposium's question "Whither Syria?"