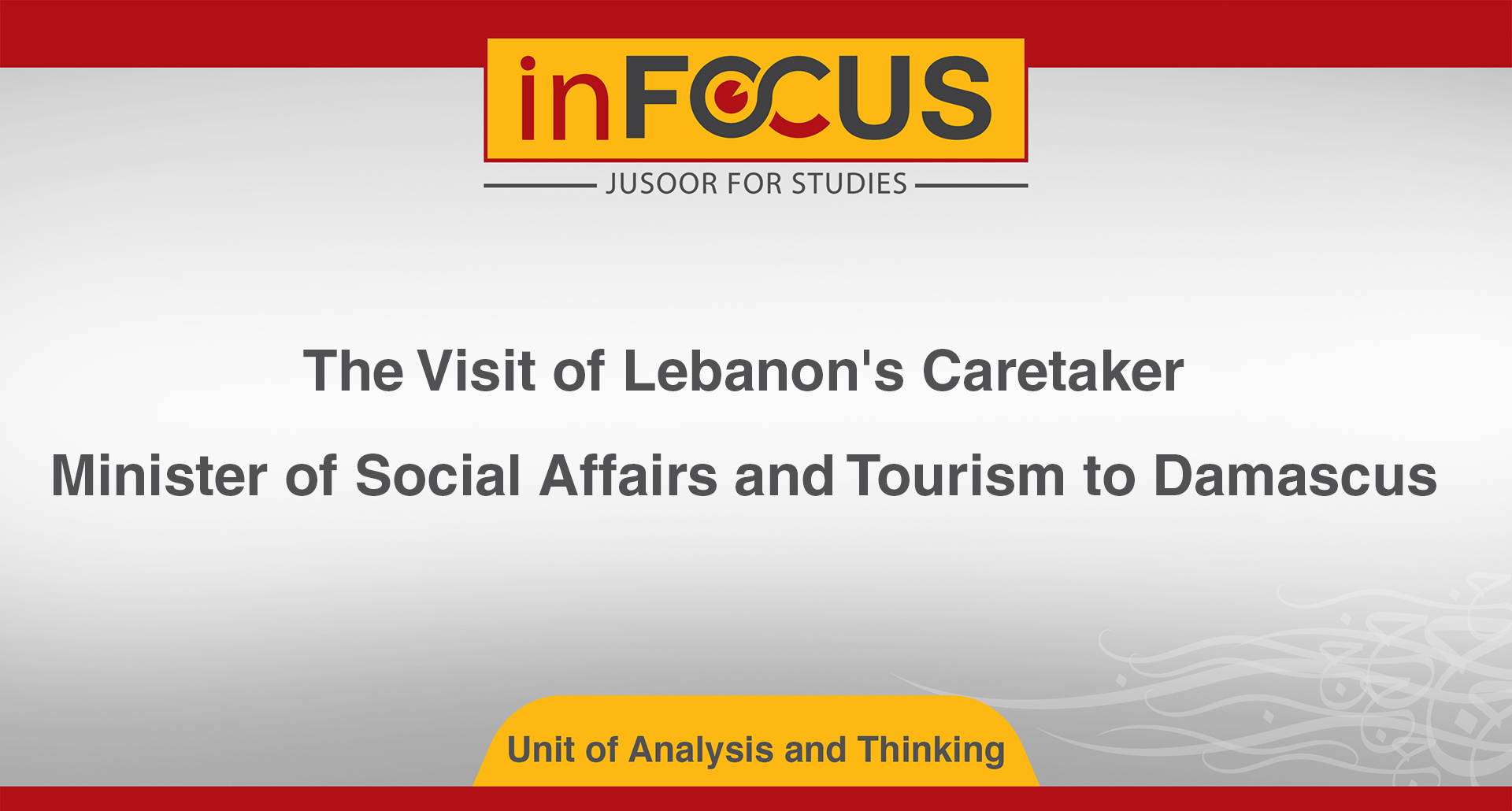 113
In focus | The Visit of Lebanon's Caretaker Minister of Social Affairs and Tourism to Damascus
In the midst of the crisis facing the Lebanese caretaker government, Ramzi Musharafieh, Lebanese Minister of Social Affairs and Tourism has visited Damascus for the second time in a year, where he made a visit early March 2020, which is the first and only visit of a Lebanese minister in Hassan Diab's government to Syria, and Musharafieh also participated in the Refugee Conference organized by Russia in November 2020.
The Minister's recent visit – like the first one - comes within the framework of coordination between the Lebanese government and the Syrian regime aiming at the repatriation of refugees to Syria, a file to be entrusted to the Hezbollah-close Lebanese Public Security Institution, which oversees the registration and deportation processes, as well as the handover of some Syrian detainees in Lebanon that happened earlier to the Assad regime.
In the year that separated the minister's two visits we can notice the following developments:
1- Despite the Minister’s frequent visits and contacts with Damascus within a year and his support for the Refugee Conference held there, and despite the difficult conditions refugees live in Lebanon as a result of the difficult economic conditions the Lebanese people live under, in addition to multiple violations been committed by the state and sub-state parties, the number of Syrian refugees returning to Syria has reached 9,300 people only, among them, at least 3 thousand were deported by the Lebanese General Security, which is much less than what was recorded in 2019, when about 23 thousand had returned at that time.
2- On the one hand, Musharafieh's moves reflect the tendencies of Hassan Diab's government in generak, but on the other hand the other political parties in the government are not satisfied with such steps. Some consider this matter as a beginning of normalization with the Syrian regime. Among the most prominent objectors to the visit is Walid Jumblatt, who is from the same sect of which Musharafieh comes from.
3- It is believed that the regime received Musharafieh because it considers this visit comes in the same context of organizing the Refugee Conference, as the Syrian regime tries to hold the card of Syrian refugees and link it to lifting sanctions and the flow of aid, and the Minister provides, through his visit and cooperation, services to both Russia and the Syrian regime in this subject, which serves the Lebanese Democratic Party to which the Minister belongs, and Iran's alliance in Lebanon and the region that Musharafieh's party allied with.
Unit of Analysis and Thinking - Jusoor for Studies
To visit the English Telegram channel: Click here