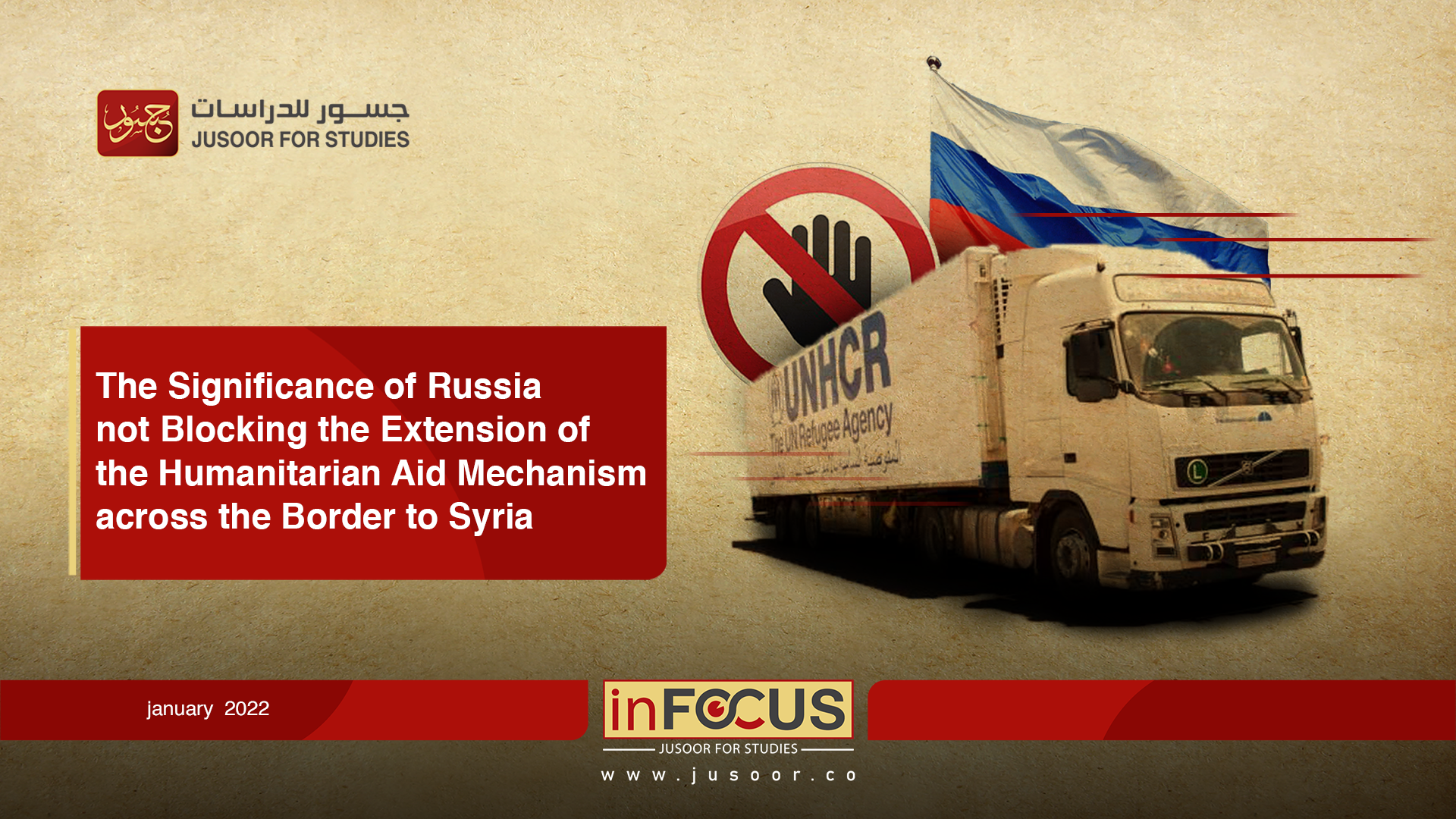 On January 10, 2022, the UN Security Council announced a de facto extension of Resolution 2585 (2021) for 6 months without a vote. Consequently, the continued flow of humanitarian aid across the border into Syria from Bab al-Hawa until July 10-2022.

In his report to the UN Security Council on December 15, UN Secretary-General Antonio Guterres stressed the need for humanitarian aid to continue across the border without the consent of the Syrian regime.

Although the text of the resolution stipulated an automatic extension of 6 months based on the report of the Secretary-General, this does not mean that there is an understanding between the United States and Russia; Especially since the latter had previously stipulated on December 27, 2021, the extension of the mechanism for the entry of humanitarian aid across the border to make progress in solving humanitarian problems within the Syrian regime’s areas.

It shouldn’t necessarily be the case that the new understanding had reference to expanding the exemption granted to early recovery projects; i.e., it did not include infrastructure, but it is still limited to humanitarian operations. In addition, it did not cover a significant change in the volume of aid flows across the lines of contact, which did not exceed 100 trucks during the 2nd half of 2021.

However, it is expected that Russia will obtain gains to ensure that there is no objection to the extension of the resolution, such as a United States further easing of economic restrictions on the Syrian regime, or at the very least activating the list of exceptions to the sanctions of the “Caesar Law”, especially those related to pumping Arab gas and delivering  electricity to Lebanon through Syria. The US administration has shown flexibility with the proposal, but it has not finally and officially agreed to it.

In fact, timing the extension of the humanitarian aid mechanism across the border with the convening of the third and exceptional session of the strategic stability dialogue between the United States and Russia in early January, cannot be overlooked. This simply means that Moscow was keen not to escalate with Washington given that Resolution 2585 (2021) was an entry point to test the possibility of cooperation between the two parties after the bilateral summit between the leaders of the two countries in mid-June 2021.

Nonetheless, Russia spares no effort in expanding its reliance on the flow of humanitarian aid across the lines of contact, in terms of strengthening the work of the United Nations office in Damascus at the expense of its office in Turkey, and in attracting more international organizations to work in the Syrian regime areas.