The Return of Hayat Tahrir al-Sham Hisbah to Idlib 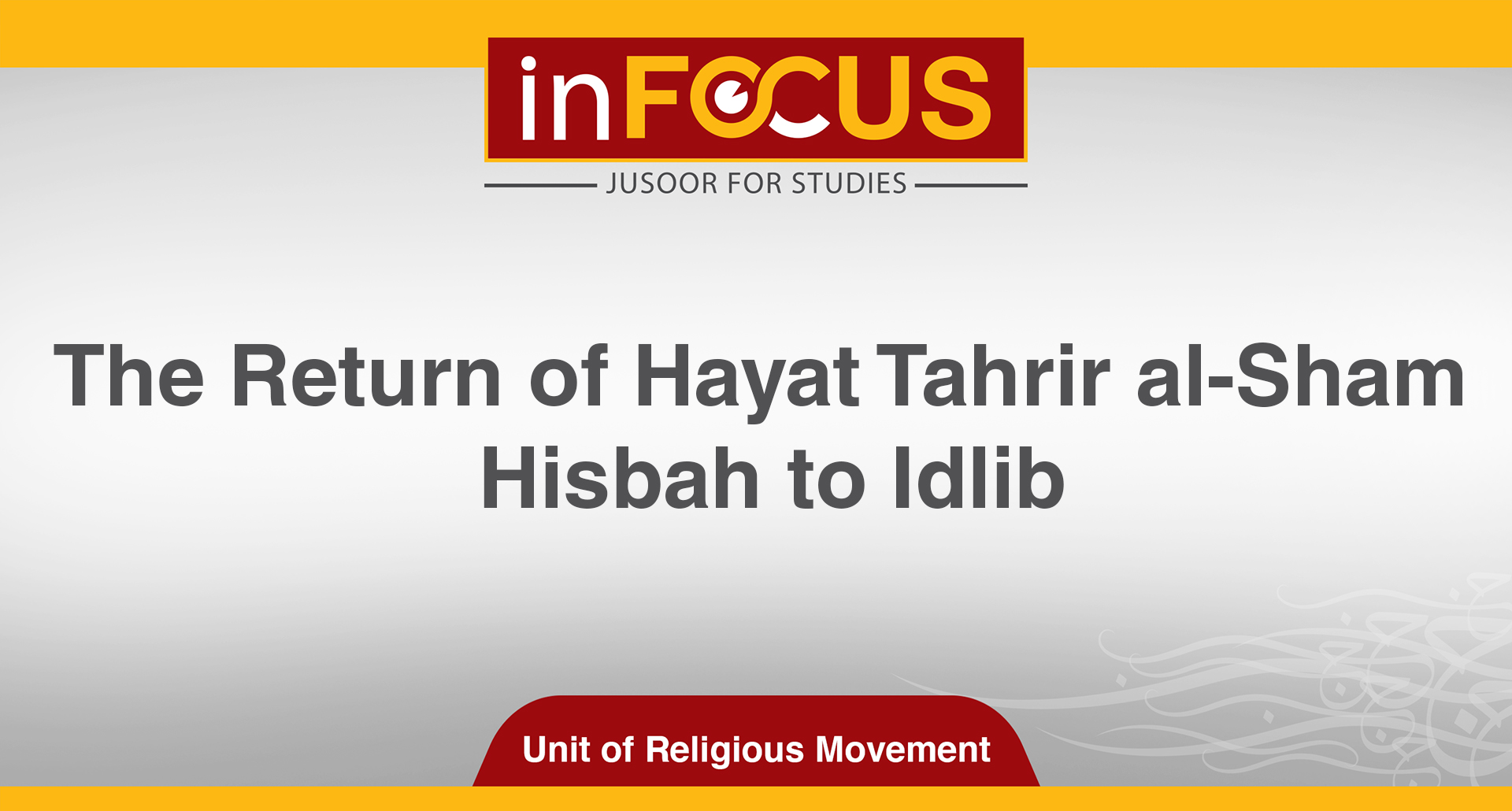 The Return of Hayat Tahrir al-Sham Hisbah to Idlib

123
In Focus | The Return of Hayat Tahrir al-Sham Hisbah to Idlib
Since its approval, al-Hisbah has become a crucial concept in the thought of Islamic groups and turned into a tool used to regulate markets and public space. Historical governors and sultans even went further and exploited the concept to exclude and in some cases execute their political rivals.
Islamic groups call for al-Hisbah under the principle of, “the duty of enjoining the good and forbidding evil” and they vary in the implementation of it. Some groups use the “advice” whereas others use “force” in individual cases to change what they see as “evil”. For Instance, ISIS was able to turn this theoretical concept into fully functional bureaucratic body whose mission is to subject the society to the ISIS thought in terms of religious worship and rites.
On the other hand, other groups such as Hayat Tahrir al-Sham (HTS) were not able to establish a stable body to enforce the principles of Hisbah in their areas of control. HTS first attempt at implementing al-Hisbah was when it assigned Sawaed al-Khir (Goodwill Corps) as a body to enforce it two years ago in Idlib and later the body was abolished as a result of abusing public liberties and suspicions of corruption. The second attempt was again in the city of Idlib and its vicinity under the name, “al-Falah Center for the duty of enjoining the good and forbidding evil.” The body announced certain missions such as working to forbid mixing between men and women, forbidding vice, taking action against violators and other functions. Hence, the “center” works like a religious police that can accuse, arrest, try and hold people accountable.
Despite former failures, HTS is keen to push forward the implementation of Hisbah, aiming to achieve the following:
• Deeper dissemination into society: HTS imposing a new Hisbah affiliated institution that is also linked to the Salvation Government will give it legitimacy and allow it to implement specific policies to support HTS future directions in the region.
• Balancing HTS Groupings: The very existence of al-Hisbah is an internal balancing factor for HTS, given that some officials criticize the HTS’s slackness in carrying out its religious duties. Furthermore, HTS giving leadership positions for those officials or individuals affiliated with them increases - in theory - its organizational cohesion.
• Concurring with the jihadist tendencies: Although HTS sees itself as a body that regulates the jihadi organizations and their movements in Idlib, it still tries to reduce disharmony between them. Moreover, the new Hisbah institution is one way to reduce the disharmony since other organizations can participate in carrying out al-Hisbah tasks under the new formed center management.
• Controlling society’s movements and directions: By adopting an ISIS approach in social engineering and also HTS can impose new restrictions through this new body and can closely monitor the community.
Practically speaking, the new Hisbah center might not enforce certain religious               tendencies; However, through this center, HTS will achieve several objectives; namely, deeper dissemination, controlling collective social movements, in addition balancing between its groups and other religious groups in the region and the new center will serve as a channel of communication between HTS and social figures.
Unit of Religious Movement - Jusoor for Studies
To visit the English Telegram channel: Click here