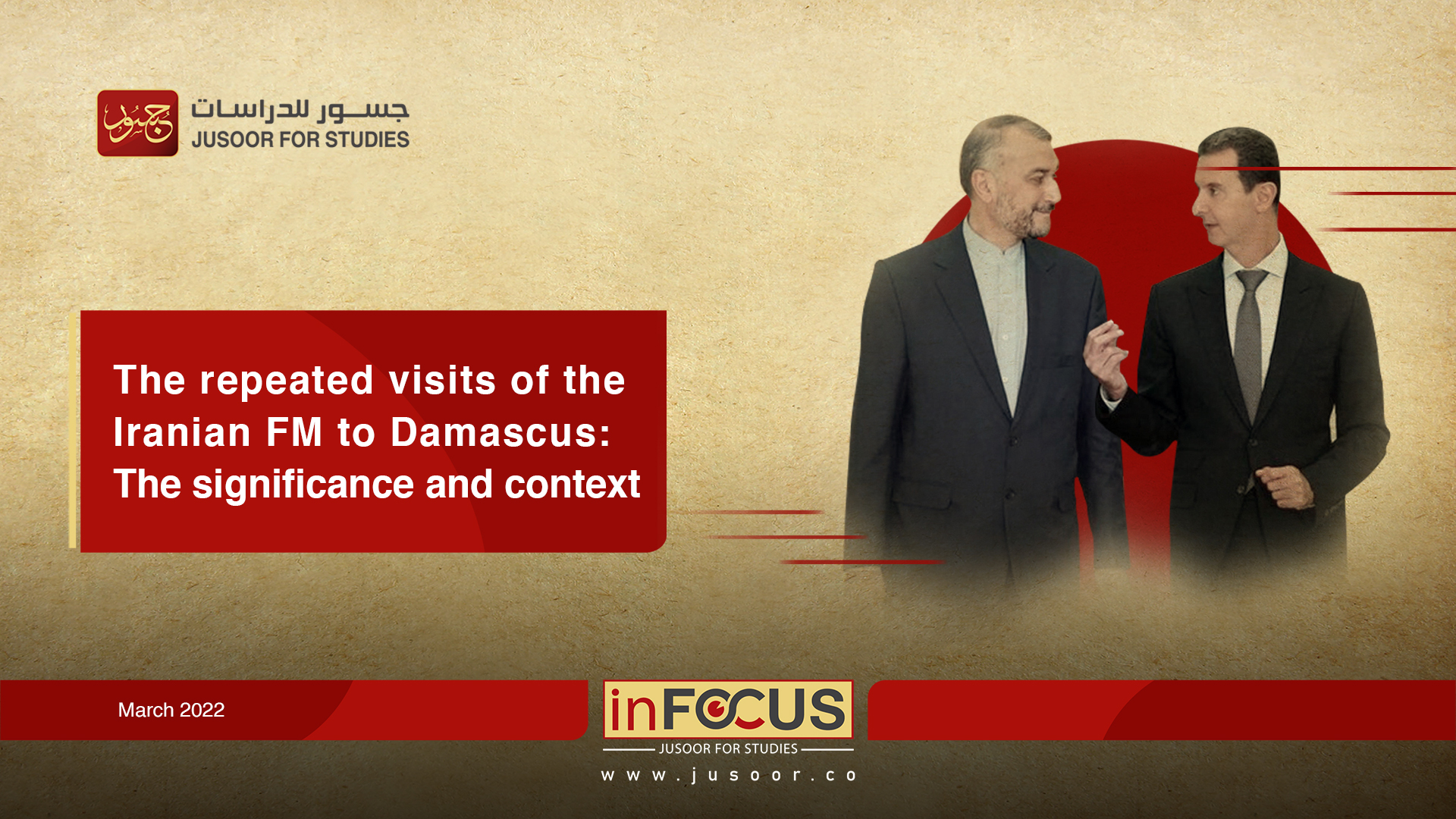 On March 23, 2022, Iranian Foreign Minister, Hossein Amir Abdollahian arrived in Damascus. It is his third visit since taking office seven months ago.

The first visit was at the end of August 2021, following the Conference of Baghdad, while the second one was on November 18. From all the visits made by the Iranian FM to Syria, it is noticeable that Iran is keen and focuses on the priority of diplomatic and economic issues.

Iran, at the diplomatic level, worked to secure the regime’s participation in the Baghdad Conference for Cooperation and Partnership on August 28. It also renewed Tehran’s support during Abdollahian’s recent visit to Damascus for efforts to normalize Arab relations with the regime after Bashar al-Assad’s visit to the UAE as the first Arab country that lifted diplomatic restrictions imposed on the regime since 2011.

Economically, since the second half of 2021, Iran has been keen not only to send commercial and economic delegations in an unprecedented and intense manner to Damascus, but it also constantly emphasises, during diplomatic and security visits, on the priority of economic issues for Iran.

It can be said that Iran is trying to ensure that the expenses incurred in Syria, amounting to more than 30 billion US-dollars, are compensated by ensuring effective engagement in reconstruction or early recovery. As such, Iran is seeking to expand the acquisition of the Syrian economy, which does not exceed 3%, according to a statement by the Vice President of the Iranian Chamber of Commerce, Muhammad Amirzadeh, on November 22, 2021.

However, compensating Iran for its expenses and ensuring the strengthening of its presence in the Syrian economy needs initially to end the diplomatic isolation imposed on the Syrian regime, or at least to re-normalize Arab relations with it; because this means a relative reduction in the size of the economic and trade sanctions imposed on it.

It is clear that Iran is keen to achieve tangible progress in economic cooperation with the regime and Arab normalization with it prior to the signing of the nuclear agreement. For Iran, this ensures releasing part of its frozen funds that it could use it to spend on its militias in Syria and the rest of the countries.

In general, the recent visit of the Iranian Foreign Minister to Damascus carries other indications in terms of timing, such as the desire to expand its role in Syria at the expense of Russia; Which in the event of a prolonged conflict with Ukraine may be unable to provide continuous support to the regime, which brings an opportunity for Iran to provide alternatives.

Also, Iran must have wanted Abdollahian to go to Damascus to learn about the details of Bashar al-Assad's visit to the UAE, and to discuss the next security and diplomatic steps.