The Problematic Comparisons of the Covid-19 Pandemic Figures 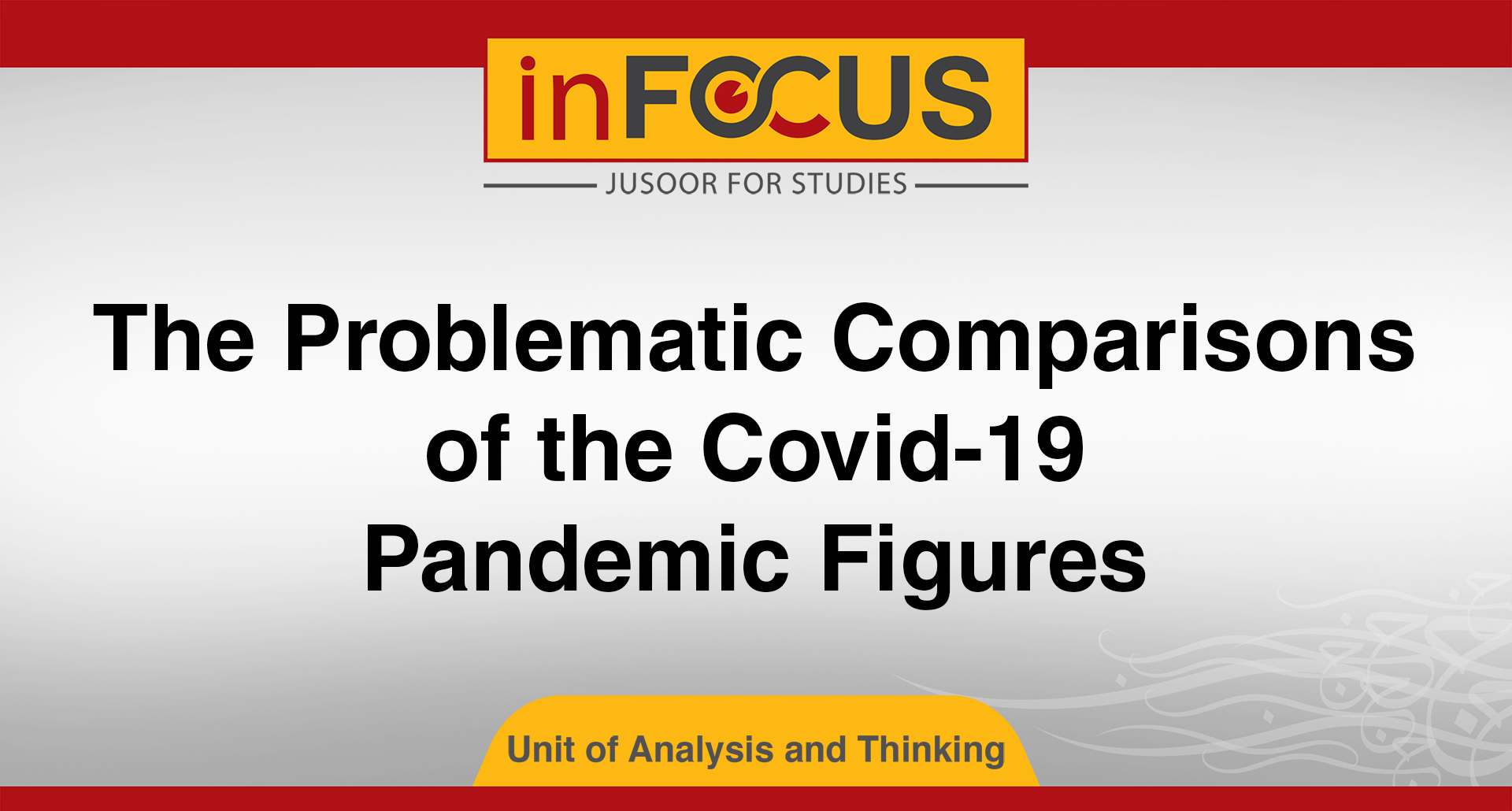 The Problematic Comparisons of the Covid-19 Pandemic Figures

95
In focus| The Problematic Comparisons of the Covid-19 Pandemic Figures
Currently, figures of the infected, deaths and recoveries of the Covid-19 are being compared among the states. This has not only been a case of interest for experts and specialists but also for the public, given that these numbers have affected daily life in many countries.
However, these figures are problematic and comparing them is a matter of systemic risk. These risks can be summarized as follows:
• In principle, reliable information differs between countries; there is almost universal skepticism about the Chinese figures. Hence, this skepticism can be generalized to all countries that suffer from a lack of freedom of expression and media such as the Syrian regime, where the figures of infected and deaths are treated like any other statistics; namely, a matter of national security.
• Testing policies of the infected and even of the dead differ between countries. For instance, in certain countries, general tests are conducted even for those who do not have any symptoms like South Korea. On the other hand, in other countries like some European countries, those who have symptoms are not tested unless they reach the stage of danger. Moreover, some countries conduct tests of those who died and had other diseases to ascertain whether the patient was infected Virus Covid-19, while it is sufficient to register the apparent disease (such as heart disease) in other countries. Some countries went further to deliberately manipulation registration of the cause of death, which proves other diseases even if the virus is the direct cause of death.
• Access to health care varies enormously from one country to another. In many poor countries, most of the population does not have the luxury of accessing a hospital to get tested even for regular illnesses, and these countries do not have an integrated electronic system that links all small health centers to record the causes of infections and deaths for those who could not reach a central hospital.
Based on the foregoing, the figures that are being published by the governments should be dealt with as those of politicians who wish to use these figures to their advantage in very sensitive times. Therefore, these figures should be addressed with great caution, and conclusions should not be built based on them since they are not issued by neutral technical institutions. Also, confidence-checking tools should be adopted before using these figures whether in the analysis at the one-country level or at the level of comparison between countries.
Unit of Analysis and Thinking - Jusoor for Studies
To visit the English Telegram channel: Click here