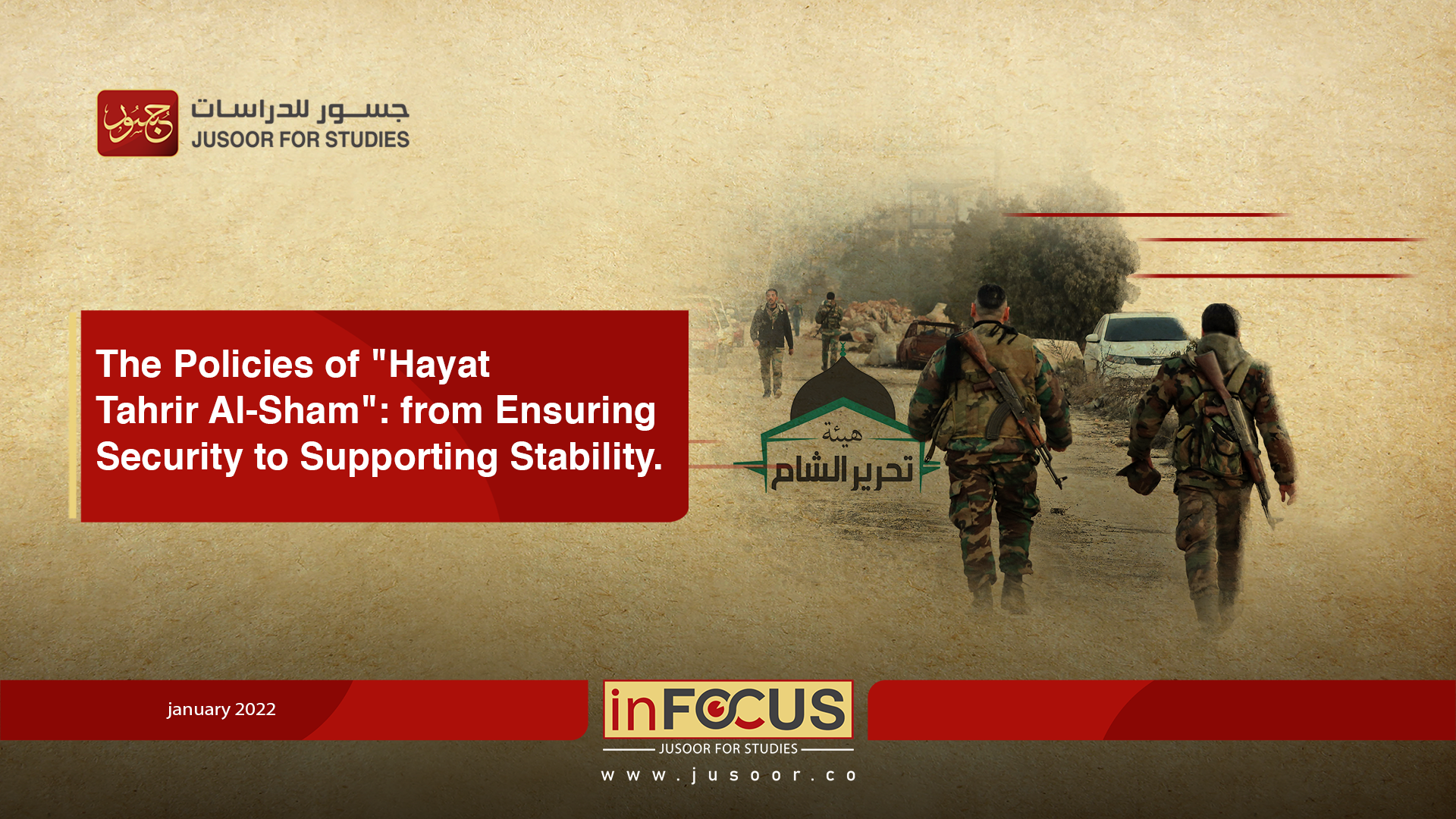 
The Syrian Salvation Government (SSG) in Idlib rehabilitated and renovated the Aleppo-Bab al-Hawa International Road on January 7, 2022. The maintenance and expansion work included a 12 km distance, including the construction of an approximately 3 km new road, that starts from the entrance of the Turkish crossing “Cilve Gözü” up to the Syrian crossing point.

The leader of "Hayat Tahrir al-Sham" (HTS), Abu Muhammad al-Julani himself inaugurated the road. Meanwhile, al-Julani didn’t miss the opportunity to give a speech, presenting the project as a step "within a comprehensive plan that began three years ago to achieve development and progress for the region."

Furthermore, the opening of the road comes after steps taken by HTS and the SSG within the framework of development and stability.

In this regard, a new Minister of Development and Humanitarian Affairs was appointed in December 2021, in conjunction with the announcement of the start of the implementation of the Bab al-Hawa Industrial City project, and the rehabilitation project of the al-Ghazawiya crossing point links Idlib to the Interim Government’s areas north of Aleppo. In addition to the foregoing, there might be an opening for commercial crossings across the frontlines that separate the opposition-held areas from Syrian regime's ones.

In mid-May 2021, al-Julani had spoken with a group of tribal sheikhs about the next phase that would focus on building institutions in the Syrian opposition-held areas. Previously, his focus was on imposing security in these areas.

Recently, al-Julani has started to replace terminology referring to launching attacks and liberating areas with others that denote defence and deterrence in any speech he gives on a public or private occasion. This seems to be reassuring messages to local residents and traders regarding the priority of HTS gives to supporting stability.

As such, it can be said that there are indications of a shift in HTS policies from “the priority of imposing security” to “supporting stability”. Accordingly, the dismantling of the /Junod Al-Sham and Jund Allah/ groups in late October 2021, has among its objectives an emphasis on completing the imposition of security control over the region after completing the dismantling of the Guardians of Religion /Hurras al-Din/ organisation in the first half of the same year.

It seems that HTS is preparing itself to adapt to the shift in international policies towards Syria. The recent international policies have started focusing on supporting the state of stability through early recovery; as a result of maintaining the ceasefire, the chances of turning the de-escalation into a “frozen conflict”, and the expansion of humanitarian exemptions within the Caesar sanctions, and the expansion of the aid flow mechanism to include cross-border and cross-frontlines.

Practically, through this transformation, HTS is trying to present itself as a local party capable of playing a pivotal role in the process of supporting stability and development in northwest Syria. This is in addition to the great returns that the group will get from the flow of investment funds, if international support is focused on development projects, even if they are in the humanitarian context.

Despite all that, HTS may suffer a lot of losses; especially since Russia will not miss the opportunity to target economic and development facilities; mainly if the prospects for talks with Turkey and the United States are blocked. For Russia, there is a risk that such an economic development may create a difference in development and the standard of living within the Syrian opposition-held areas and the regime-held ones.

In general, despite the continued existence of a military threats, it is expected that announcing projects and steps to support development and stability will continue in Idlib. However, the absence of effective institutional work, in addition to the secondary role that the SSG has, may create a conflict of interests between the competing factions within HTS itself. This in turn would jeopardies any private sector's reliance on the HTS’s efforts to support stability; especially with the uncertainty about the possibility of removing HTS from the terrorist lists.