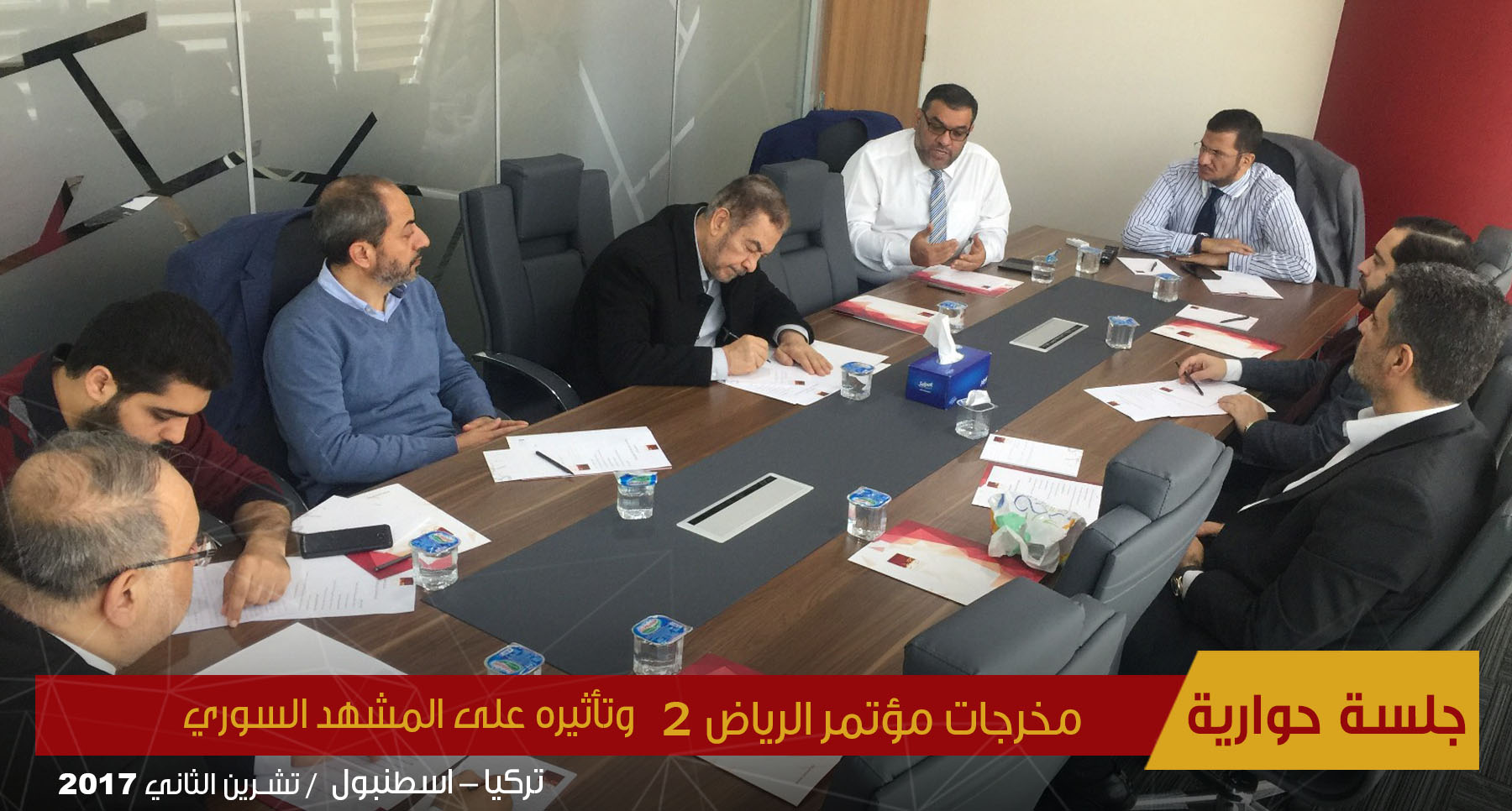 After issuing a final statement by the participants of Riyadh Conference II, they declared that this conference is the only benchmark for the High Negotiations Committee (HNC), while many inquiries were raised by supporting and opposing individuals for the decisions of this conference. In this regard, Jusoor for Studies Center (in Istanbul city) organized a dialogue session entitled “The Outcomes of Riyadh Conference II” on November 30, 2017, where many characters attended this session.

Many points were addressed including the implicit and explicit objectives of the conference in addition to the impact of the conference’s outcome on the Syrian scene, showing the winning and losing Syrian sides at countries and political entities level.
The nature of the transitional phase that the conference presented was also discussed alongside the role of the Syrian opposition in forming a new High Negotiations Committee and the ability to overcome the disputes between the different Syrian sides.
In the end of the session, many recommendations were presented about the outcome of Riyadh Conference II, while the management of Jusoor Center was asked to expand the dialogue session in order to include more participants and attain more details with regards to this conference.