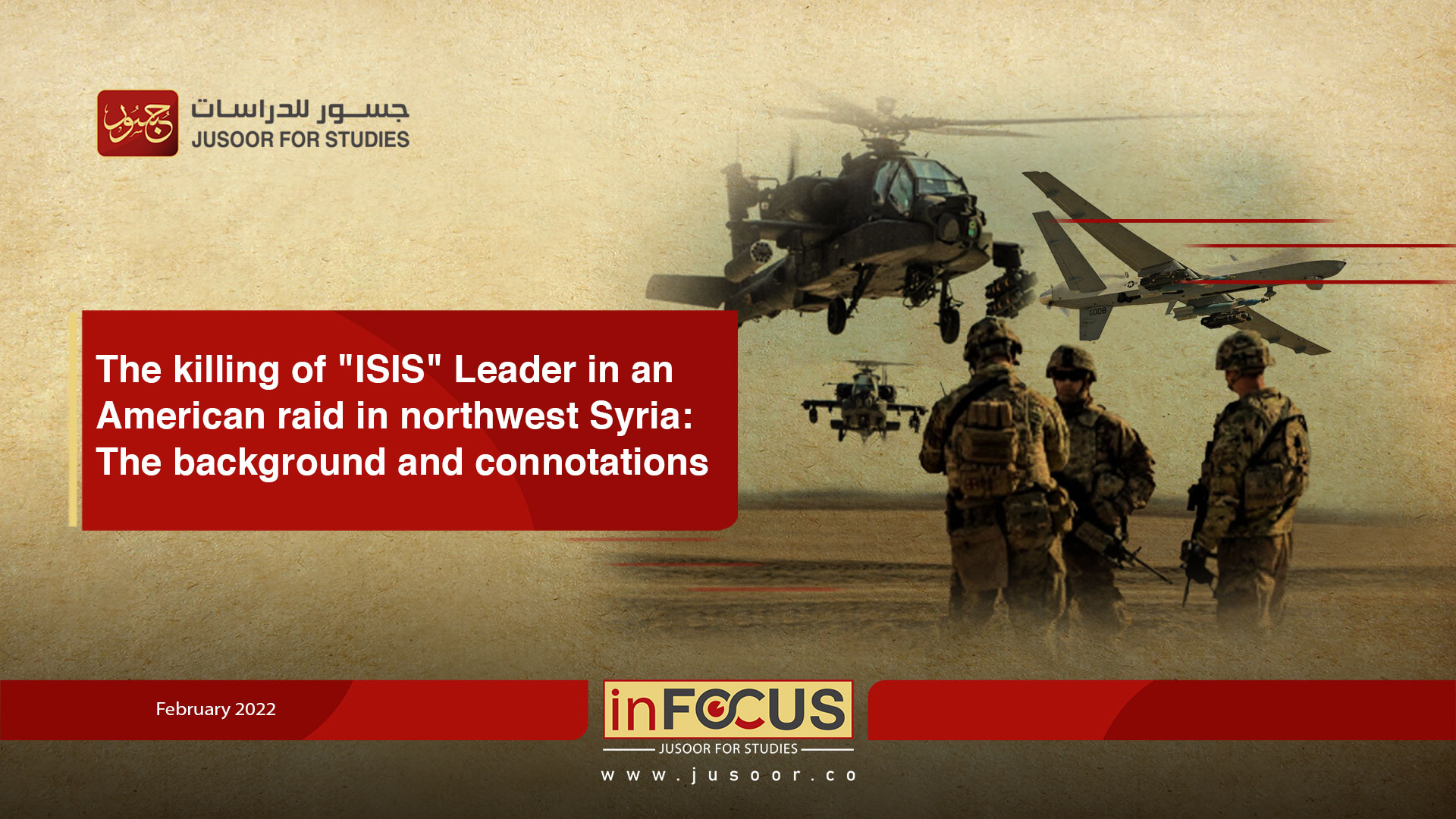 
On February 3, 2022, US President Joe Biden announced that "ISIS leader Abu Ibrahim al-Hashimi al-Qurayshi was killed Wednesday during a US counterterrorism raid (airdrop operation) in northwest Syria, carried out by the US-led international coalition in the village of "Atmeh" north of Idlib."

In terms of timing, the operation came less than two weeks after the organization’s attack on the “Al-Hasakah” prison, which was the largest security breach it had made since its military fall in the “Baghouz” battle in the spring of 2019.

It seems that the United States wanted to emphasize its continued ability to monitor and follow up the activities of ISIS leadership and that it can undermine the group's movements in areas where the latter's cells and leaders are believed to be able to hide, especially since the operations of the coalition against terrorism in Idlib have been completely interrupted since September 2021, after they resulted in the killing of leaders of the Guardians of Religion  (Hurras al-Din) organization.

Moreover, as for the location, the operation in Atmeh was very similar to the one that was carried out by US forces in October 2019 in the village of Barisha, north of Idlib, which led to the killing of the former leader of the organization, Abu Bakr al-Baghdadi. It is clear that the leadership of ISIS was using Idlib as a safe haven and not as an area of operations, despite the presence of limited activity of its cells there. However, it seems that "Idlib" will no longer be a safe region for the organization's leadership, which does not mean that Idlib will not be considered as a province for the group's security presence for ISIS-affiliated cells, despite being constantly pursued and arrested.

As regards the form, the US forces have devoted special attention to carry out the operation alone with no any participaion from any other party, despite the the Turkish forces, for instance, could do so alone or jointly with them, especially since this operation was originally carried out through high-level security coordination, given that the sites where both Qardash and earlier al-Baghdadi were killed are located within a security square for the Turkish forces in Idlib.

Accordingly, this could be explained in terms of Joe Biden’s willingness to show the operation as an achievement for his administration, and this is evident from the way Qardash’s killing was announced through a special speech by the president to the American people, similar to what Trump had done after the killing of Al-Baghdadi, and Obama after the killing of bin Laden. In fact, Biden seeks to take advantage of this achievement in the upcoming midterm elections of November 2022 as a major achievement of his administration in the fight against terrorism, and to cover up the negative effects of withdrawing from Afghanistan.