THE JIHADIST SCENE IN March 2020 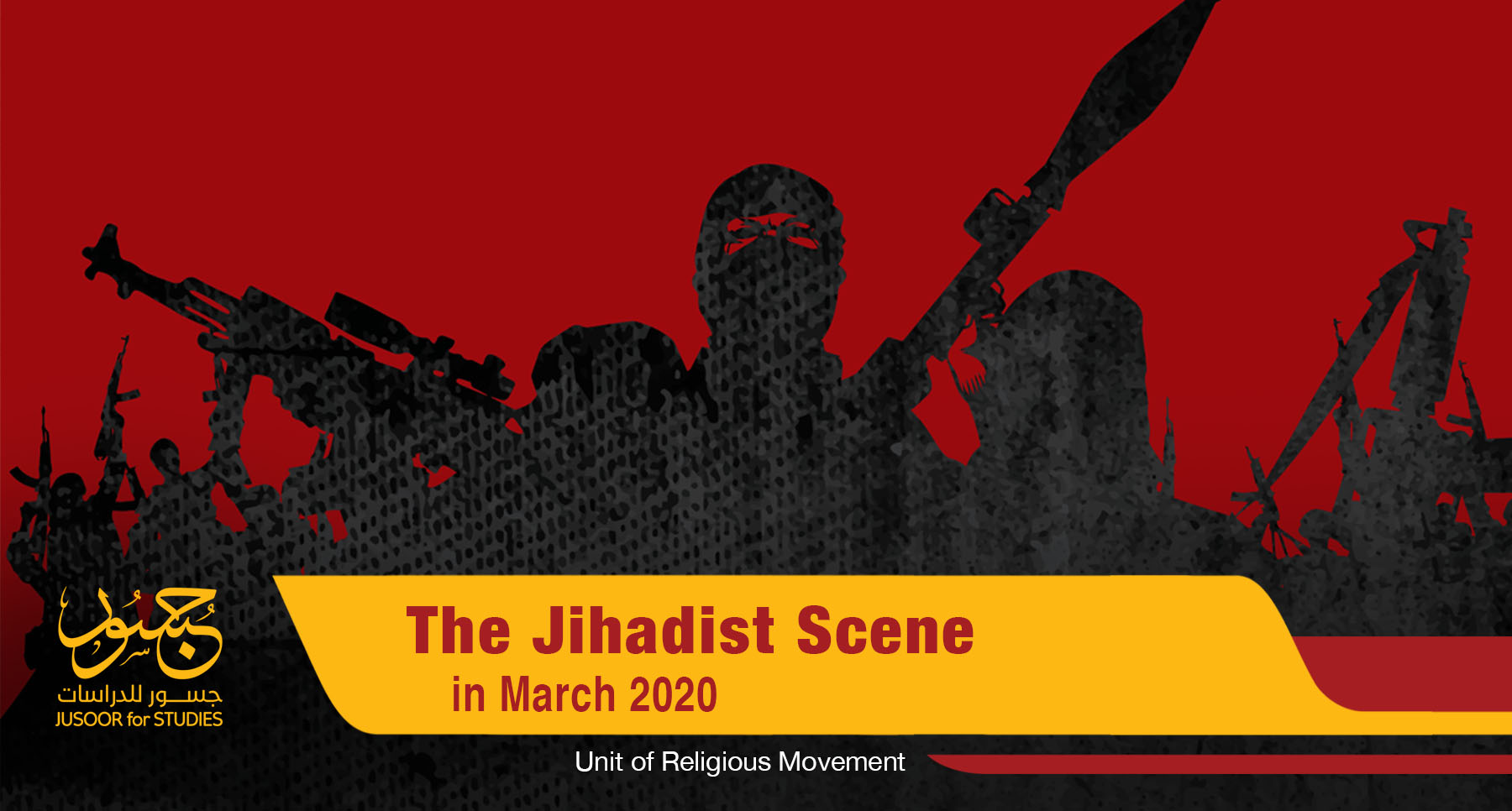 THE JIHADIST SCENE IN March 2020

It is worth noting that the language of the report is Arabic and this is an executive summary demonstrating the most prominent findings of the report.
The report shows that ISIS operations continue for the third consecutive month in a similar pattern. ISIS was able to carry out several military operations in Nigeria that enabled it to control important military resources. In this context, it is noted that the operations of al-Qaeda-linked groups have increased compared to February and March whether in East Africa, such as Somalia, or West and central Africa, like Mali, Niger, and Burkina Faso. Furthermore, the jihadist scene in Syria has stabilized due to the the harmony of local and foreign organizations in northwestern Syria and due to the ceasefire agreement. On the other hand, Hayat Tahrir al-Sham (HTS) is trying to restore its role in various economic files as it was doing before the start of the battles and the recent waves of displacement.
The report concludes that ISIS offensive operations are expected to increase in Nigeria and Mozambique and its security operations are expected to increase in Syria, Iraq and Afghanistan. ISIS increased operations aim to exploit the crisis of the spread of the Corona epidemic and governments response to it.
Also, the report provides indicators of potential future increase of attack operations of al-Qaeda-linked Mujahideen Youth in the vicinity of Mogadishu in Somalia in order to recapture the important cities linking the states of Shabelle, Juba and Mogadishu, especially the cities near seaports.