The Jihadist Scene in January 2020 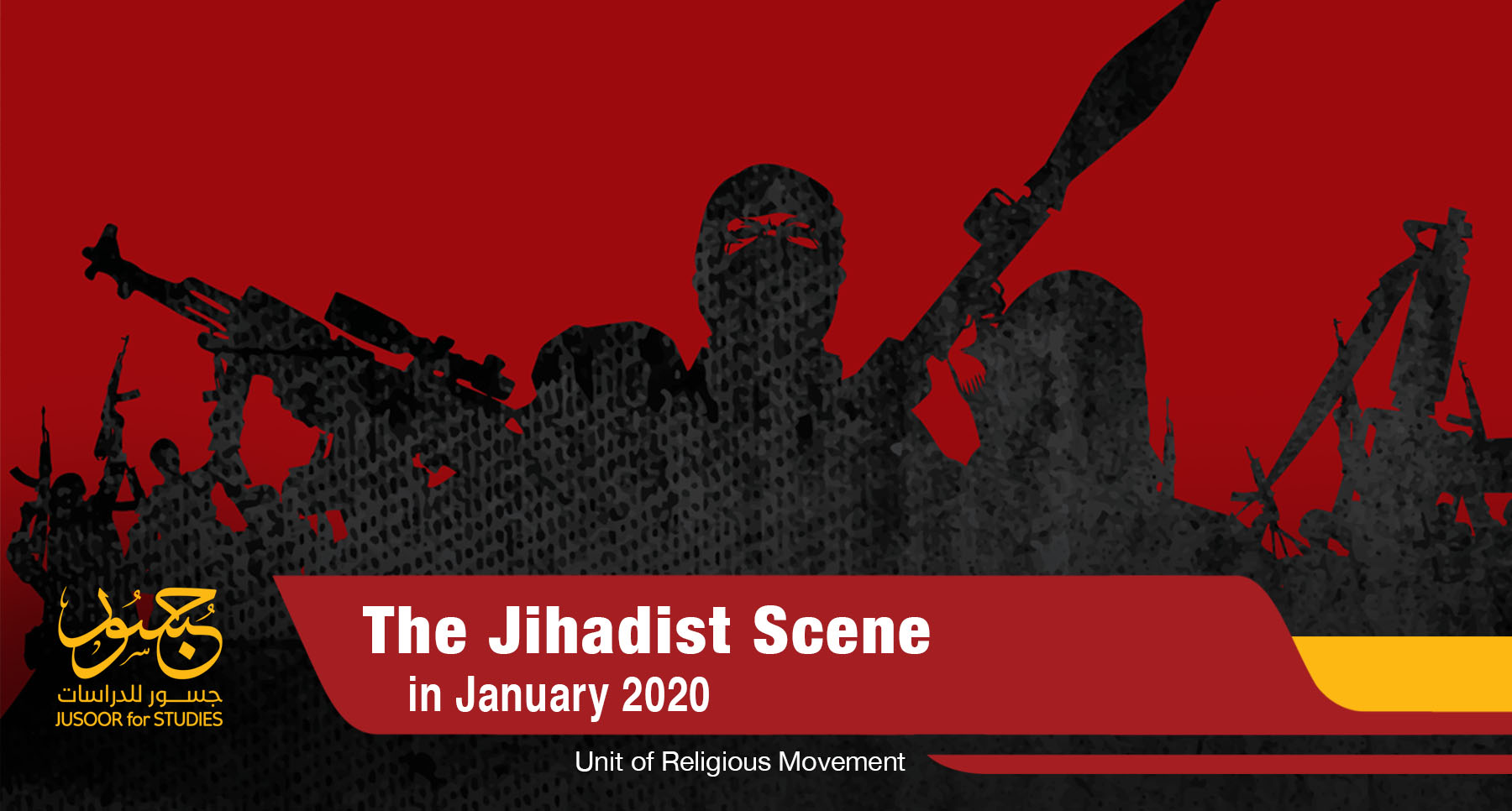 The Jihadist Scene in January 2020

The report presents the Jihadist situation in the Middle East and Africa for January 2020 by monitoring the most famous Jihadist organizations’ operations in Iraq, Syria and Africa. The report will aslo provide analytical reading of the organizations, identify the motives that push these organizations to escalate operations and explain the organizations’ adoption of certain tactics and not others.
In the section assigned to ISIS operations, the ISIS current scene seemed different based on the deployment of its branches and their organization. Therefore, we notice that there are many operations in the Republic of Iraq in the provinces of Diyala, Kirkuk, Anbar and ISIS operations in Iraq adopt mainly IEDs method and primarily target the Iraqi Army. On the other hand, the report shows that the ISIS is still in the process of reorganizing its networks and cells in Iraq and Syria, and hence it continues to adopt specific tactics continuously in these two countries.
Furthermore, ISIS presence in Africa is different as it is noticed that most of its operations were based in Egypt and these operations had a defensive and depletive nature, indicating ISIS weak geographical presence in Africa. In contrast, ISIS most powerful operations were carried out in Nigeria, West Africa and Sahel where it primarily targeted military bases, aiming to establish safe geographical areas in north-eastern Nigeria and in the triangle of borders between Niger, Mali and Burkina Faso.
With regard to al-Qaeda scene, the report monitored the operations of the groups that pledged allegiance to al-Qaeda and their operations concentrated in the Horn of Africa and Mali in West Africa. In addition, there were some operations for a branch that is connected with ISIS in Syria; however, the branch’s operations have a defensive nature rather than an attacking one.
Furthermore, Harakat al-Shabaab al-Mujahideen (HSM) in Somalia steps up its operations against the Somali forces and African forces on the one hand and against the foreign forces on the other. In addition, HSM operations repeatedly targeted the Republic of Kenya.
Also, the report monitors the increasing rivalry between Jama'a Nusrat ul-Islam wa al-Muslimin (JNIM) and its competitor Wilayat Gharb Ifriqiyya, which is considered ISIS official branch in the west of Africa.