The future of Syria, the available options for Syrians after Astana agreement 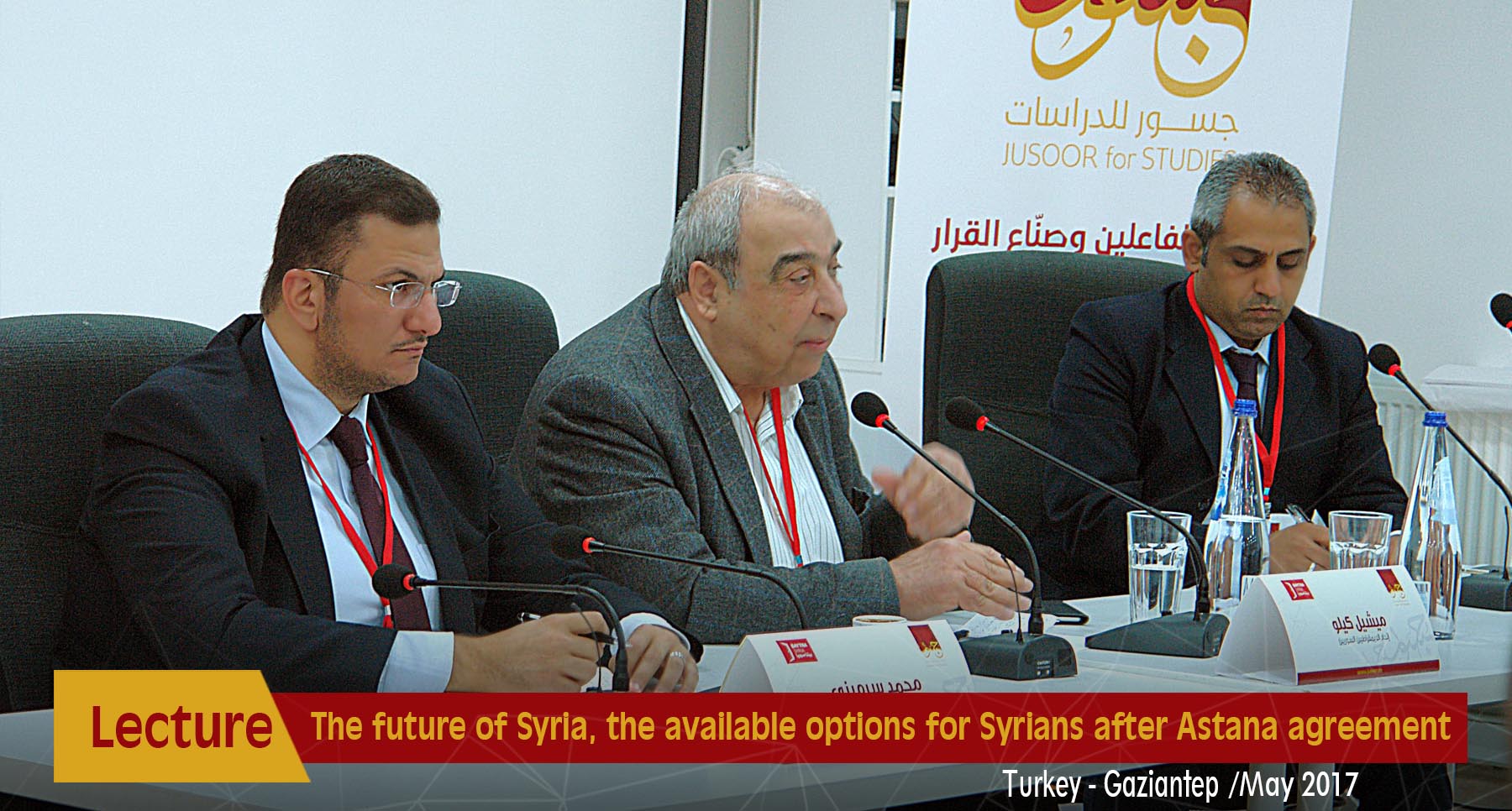 The future of Syria, the available options for Syrians after Astana agreement

On 20/5/2017, Jusoor for Studies with the cooperation of Baytna Syria organization hosted Mr. Michel Kilo in a lecture under the name "The Future of Syria" within the lectures program of 2017 in Gaziantep city, about 70 participants attended the lecture, Mr. Kilo discussed many components, "Syria is on its way to freedom" was the first of these components before analyzing any other topics. He added, Syrians won't stop their demands of freedom and dignity.
The situation of "Dividing" the four cities agreement in the context of the international, regional, and local positions from the Syrian affair was also discussed, at which the agreement was signed in "Astana" lately.
Mr. Michel Kilo also inquired about the possibility of reaching a transitional governing body that leads to the departure of Al Assad, which is a demand hard to be met in the meantime at the practical level due to many reasons, most notables are: Russia's support – the presence of tensions between many countries vis-à-vis the Syrian affair.
He also said: there were many alternative projects related to the establishment of transitional governing body which were presented by Moscow, forming a national unity government that contains the Syrian regime and opposition as per the resolution no. 2254 was one of these projects, at which Kilo considers these projects as dilution for the Syrian revolution demands.
On the other hand, there is no democratic alternative of Al Assad regime in the international perspective the thing that, led to accept the presence of de-escalation zones agreement as a suggestion from Rand Corporation for Strategic Studies in America in the first place.
Furthermore, Mr. Kilo highlighted the political changes upon the course of the Syrian revolution.
The lecture included many statements, most notable, Mr. Kilo question about the possibility of dividing Syria to which he answered, this option is unlikely to happen because it's against the international interests. 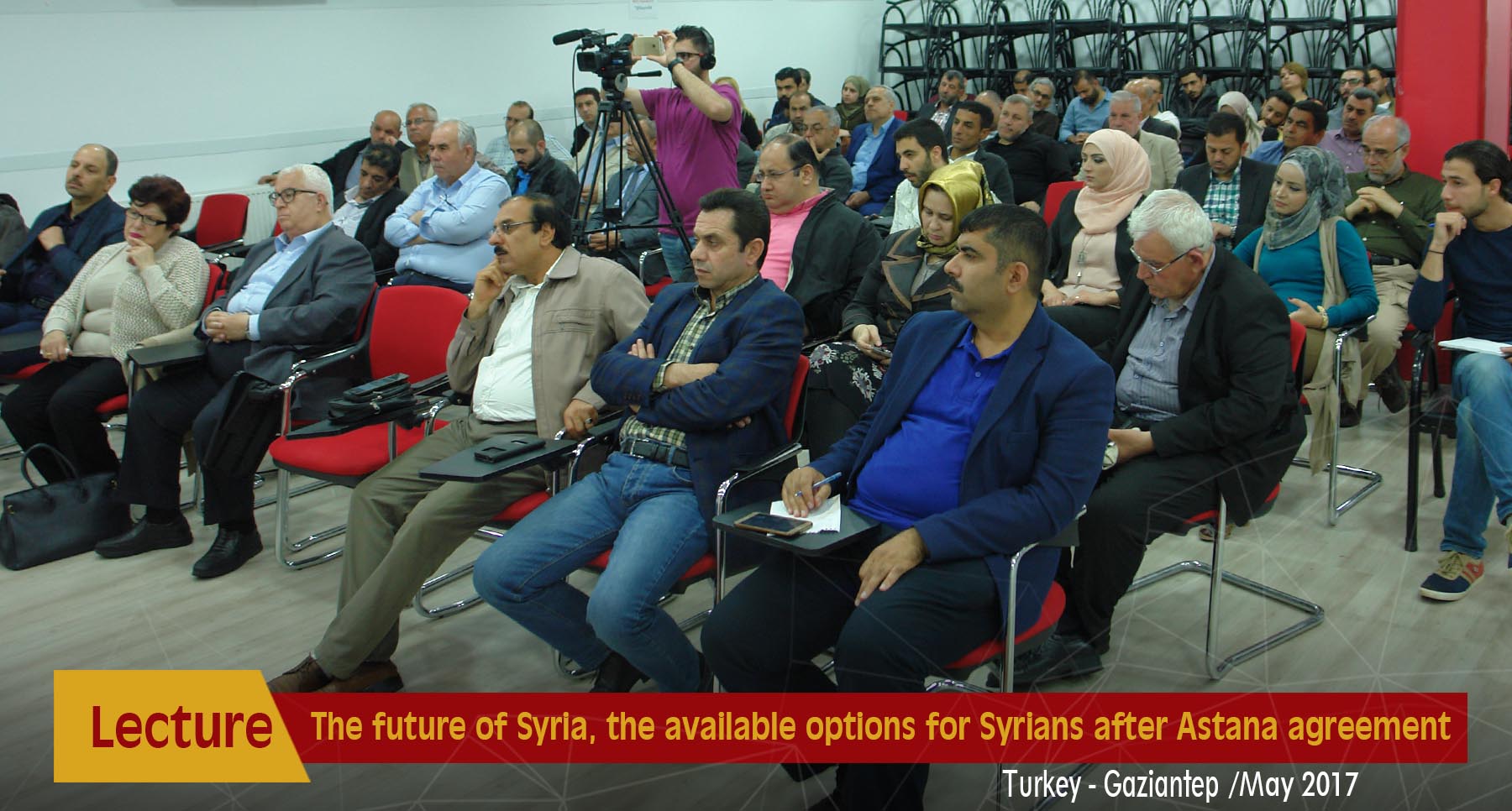 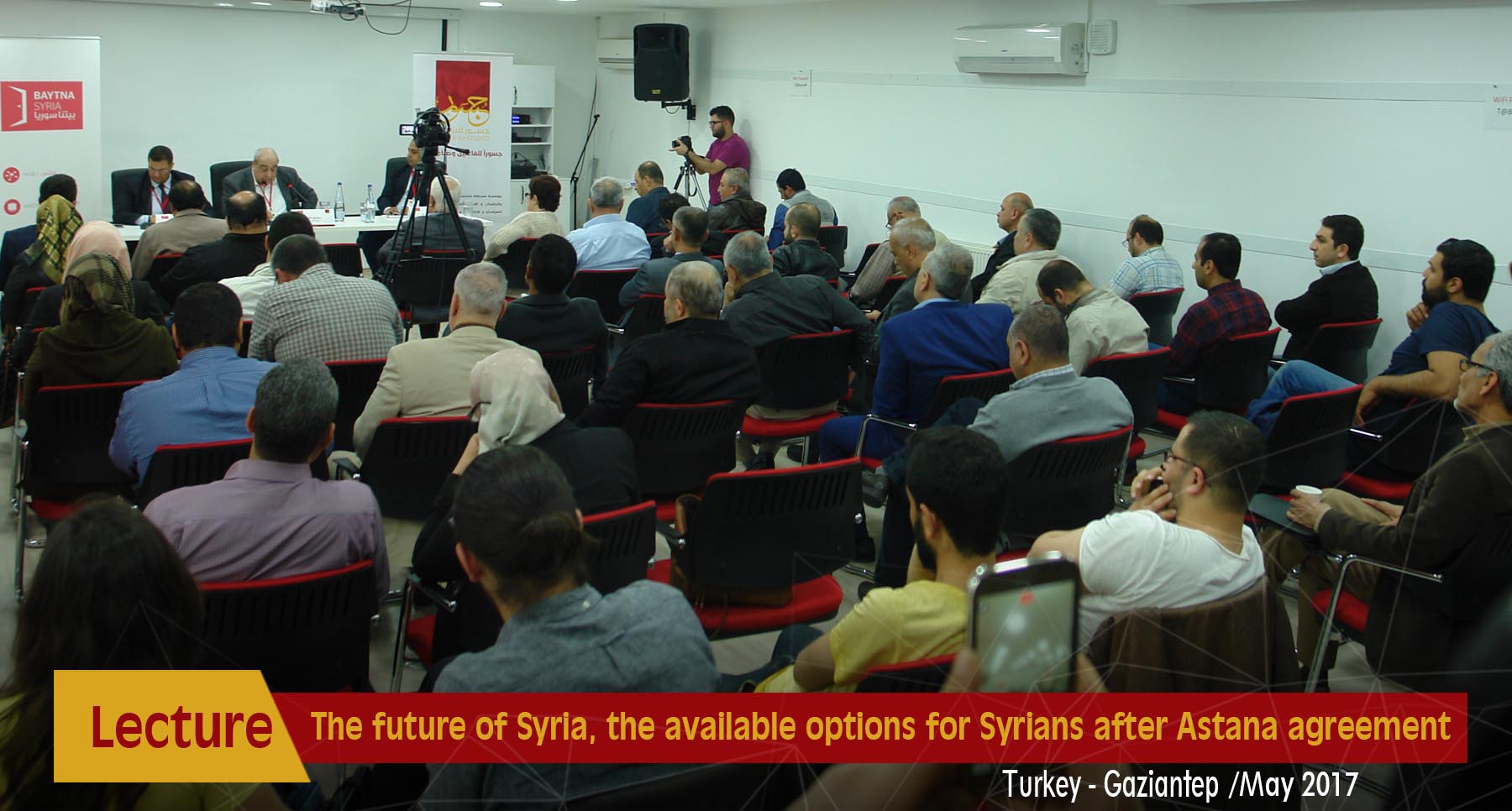