The Future of Southern Syria amid the Expected Escalation 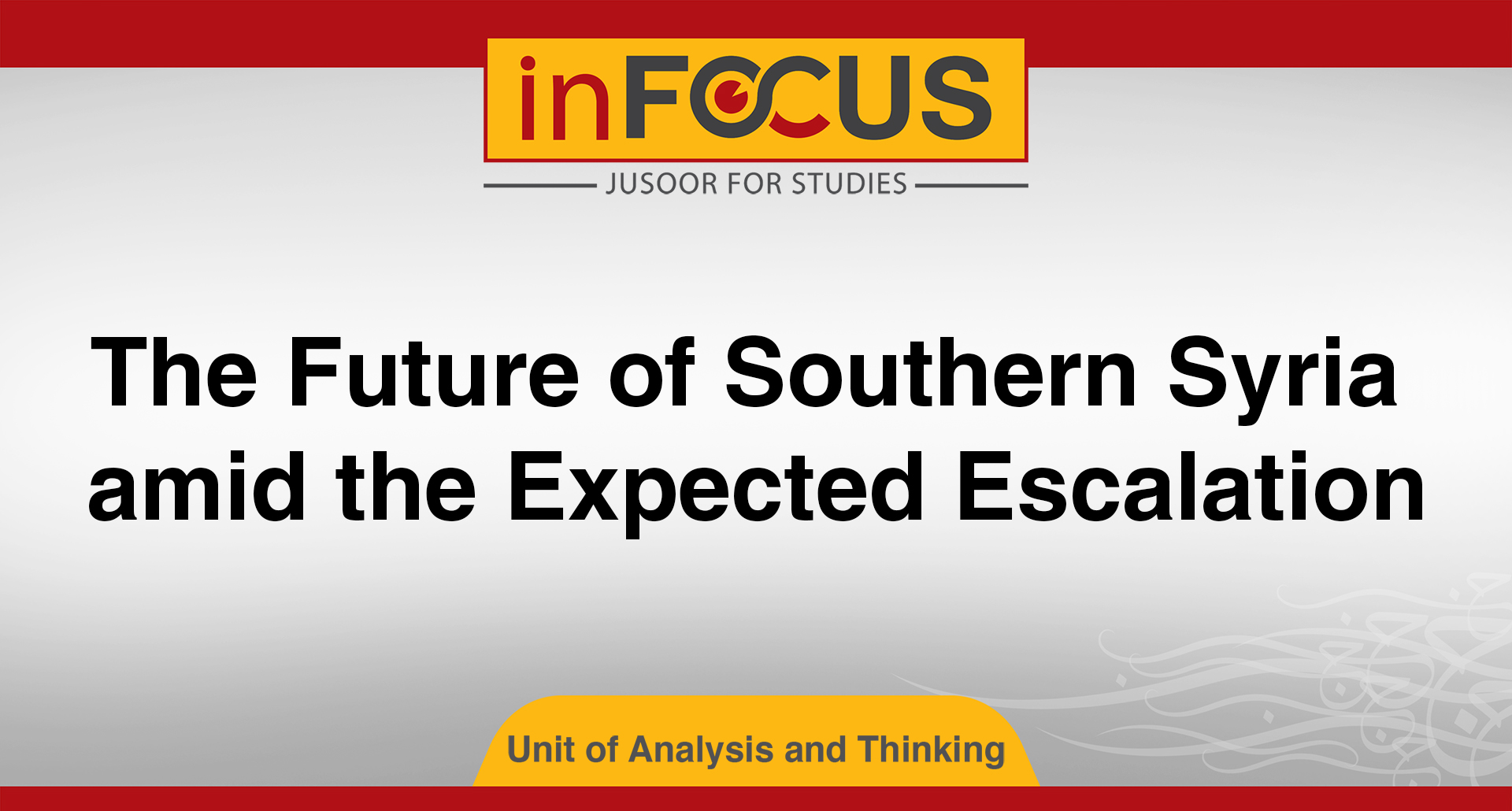 The Future of Southern Syria amid the Expected Escalation

In Focus | The Future of Southern Syria amid the Expected Escalation

Southern Syria is experiencing an unprecedented level of escalation since the signing of the settlement agreement in July 2018. Nearly two years after signing the agreement, the Syrian regime and its allies’ efforts have failed to achieve the goals outlined for the region. They aimed to establish military and security stability through several measures such as reshaping the network of local mediators, disarming the armed factions, and securing supply and transport routes by setting up security and military headquarters and checkpoints.
Since the beginning of 2020, the Syrian regime and its allies have intentionally raised the level of security intervention in the south of the country to contain the emerging chaos. Many areas in Daraa province continue to serve as security zones for the settlement factions and there is no indication that trust is between the two parties based on renewed loyalty to the regime is being rebuilt; the lack of trust continues due to the Syrian regime, Iran and Russia’s practices and failure to honor promises.
The Syrian south is then facing new options including actors reconsidering the feasibility of the settlement agreement that was signed almost two years ago. So far, the United States and Israel have not witnessed Iran’s withdrawal from the south, as pledged by Russia, and the latter has not been able to achieve a military and security reform consistent with its strategy for Syria.
Of the three options that Daraa may face, it is possible to exclude the return of traditional military operations as carried out prior to the signing of the settlement agreement. A high-level security intervention similar to that carried out in As Sanamayn in March 2020 remains highly likely. However, this does not exclude the possibility that the Syrian regime and its allies continue the low-level security intervention used during the previous period.
In either case, the Syrian regime and its allies will face a major test as if the security option is used excessively without ensuring the isolation of the security zones in Daraa or guaranteeing that no international actors will intervene on the behalf of the settlement factions and the local population, the region will face a major collapse that may be difficult to contain. On the other hand, using a low-level security option will result in the continued draining of the Syrian regime’s resources and will not achieve the settlement goals.
Russia does not want southern Syria to collapse, but it may also be unwilling to interfere in favor of the Syrian regime whereby making it possible to contain any future escalation and benefit from this in negotiations with the United States and Israel concerning the future of the region, especially regarding Iran’s presence.
The Daraa model has demonstrated that the majority of the security and military understandings reached in Syria are still fragile and weak. This fragility stems from the absence of any real will or desire and, at times, international actors’ inability to adopt policies that stabilize situations and then result in a solution; as such, any adoption of the security option again will not work.