The Fifth Corps Would mobilizing civilians rescue the weak army? 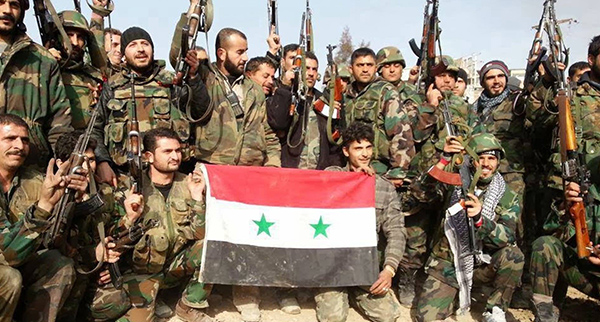 The Fifth Corps Would mobilizing civilians rescue the weak army?

Eight days after the first Russian air strike in Syria, the formation of the fourth corps- storming) was announced, and formed by the elite forces of army which good at guerrilla warfare skills and street fighting.
its operations were limited later in western countryside of Homs and Hama towards the plain of al-Ghab.
Next months of formation the corps, the role of it became greater than the role of national defense militias which was founded in 2012 under supervision of Iran, to be similar in its structure and mechanism of work to the popular mobilization militias that was founded in Iraq under Iranian supervision.
It Believed That Gen. Husain Hamdani who was killed near Aleppo in October 2015, was supervised the formation of national defense militia .
Formation of the fourth corps- storming helped to unify the military leadership of forces in the middle area, which increased the effectiveness of air operations carried out by Russia, the ground forces became more disciplined under the commands of the military institution, especially that the Russian intervention was after the exhaustion of this institution and the threats on its organizational structure.
After 14 months of forming the forth corps, the fifth corps was established, which was different in term of the shape, and its tasks were unknown, to expand the corps of Syrian army and raise several questions, which this report tries to answer.