The Extent of Iran’s Crisis with People in the Region 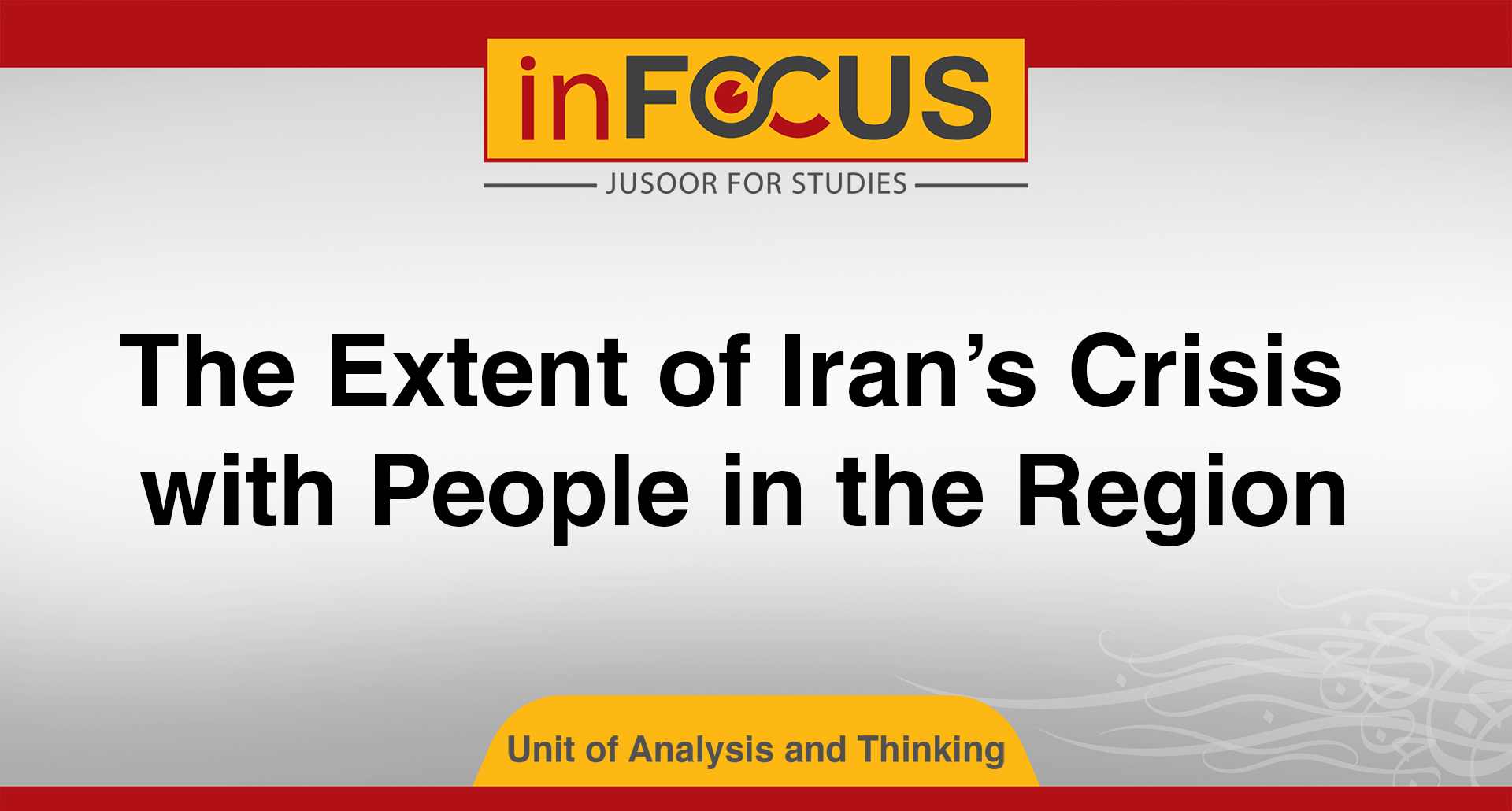 The Extent of Iran’s Crisis with People in the Region

Iran faces an escalating threat to its presence in Syria due to the redistribution of power and wealth within the Syrian regime, which may come at the expense of Iran’s vital interests. The redistribution comes at a time when Iranian-Russian relations are marked by a lack of trust and Israel has adopted a stricter approach in dealing with Iranian activities in Syria. In addition, Iran continues to face rejection and a lack of acceptance from the local population.
Iran has made extensive efforts to strengthen its influence on the social and cultural structure of Syrian society, by promoting its ideas via renowned Arab media, or by using force and wealth. However, it failed to form an acceptable image of a regional or ideological power in the region that that the public will have to reconcile with as a long-term presence.
The principles of the Islamic revolution in Iran reflected negatively on Iran after it emerged as a force exercising ethnic and ideological hostility. As such all the slogans it advocated as a means to gain control and entrench itself in the region have come at the expense of local community interests, including local Shiites’ interests.
Iran may have achieved major field victories and attracted some individuals or social and economic blocs, but it appears to have failed to change the general impression surrounding it that associates its presence with crimes, deception and the systematic theft of wealth.
It will not be easy for Iran to harvest a decade of policies of hostility against the Syrian people and the peoples of the region. The solution will not be ideal or merely achieved by using excessive force, violence, propaganda, money, patronage and the like. When the opportunity arises, the community will form networks to protect and secure people from Iran’s influence, and might come in the form of sleeper cells that will continually target Iranian interests as well as continue to reject their presence.