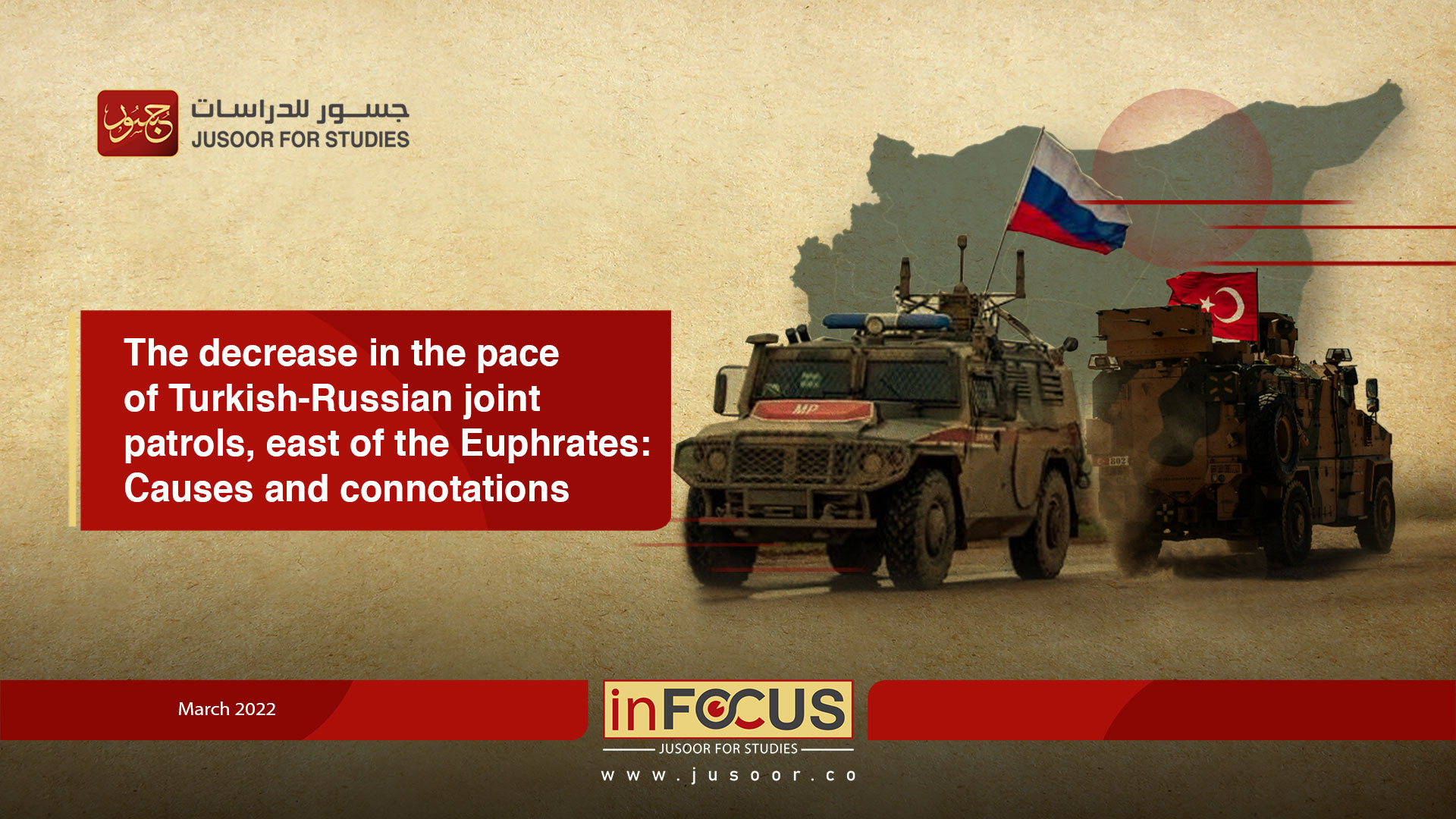 Since the beginning of 2022, the numbers of conducting joint military patrols between Turkey and Russia in the areas east of the Euphrates have witnessed a marked decrease. During the first quarter of the current year, the two parties conducted only 10 joint patrols, at a rate of approximately 3 patrols a month, whereas in 2021, they conducted approximately 66 joint patrols, at an average of more than 5 patrols per month.

The conduct of joint patrols has started since the beginning of November 2019, as a verification mechanism, established to oversee the implementation of the Sochi Memorandum 2019, especially the item related to the removal of PKK fighters from the Syrian-Turkish border strip to a distance of 30 km to the south.

It is noted that most of the patrols are mainly concentrated in the region of Ain al-Arab; Because it experiences large scale activities and presence of members and cadres of the PKK as well as members and cadres of the PKK-affiliated organizations such as the Revolutionary Youth Movement, which takes the region as an advanced base for carrying out security operations inside and outside the borders, targeting Turkish military and civilian interests and targets, such as the missile bombing of the Karkamish district in October 2021, and the bombing that targeted the police station, Gul Tepe, near Ain al-Arab in January 2022.

However, Turkey’s launch of Operation Winter Eagle in early February 2022, and the drone and warplanes striking PKK military targets inside Syria, was a clear indication of the lack or decline of confidence in the feasibility of joint patrols as an effective mechanism for monitoring and pushing back the PKK cadres and reducing its activities in the border areas. This often explains the main reason Turkey has reduced the rate of patrols in northeastern Syria to a minimum.

Yet, it is unlikely to completely stop or freeze the work of the joint patrols, as happened in northwestern Syria, to ensure continued coordination with Russia and to confirm Turkey’s commitment to the Sochi Memorandum (2019), and to maintain the minimum necessary oversight over the activities and movements of PKK elements and leaders. In the border areas, therefore, it is likely to maintain the patrols at their current rate while the Turkish forces continue their preventive security operations by using drones to strike the PKK’s military and logistical targets inside the Syrian border areas in the northeast.