The campaign on Wadi Barada the manner and possible Scenarios 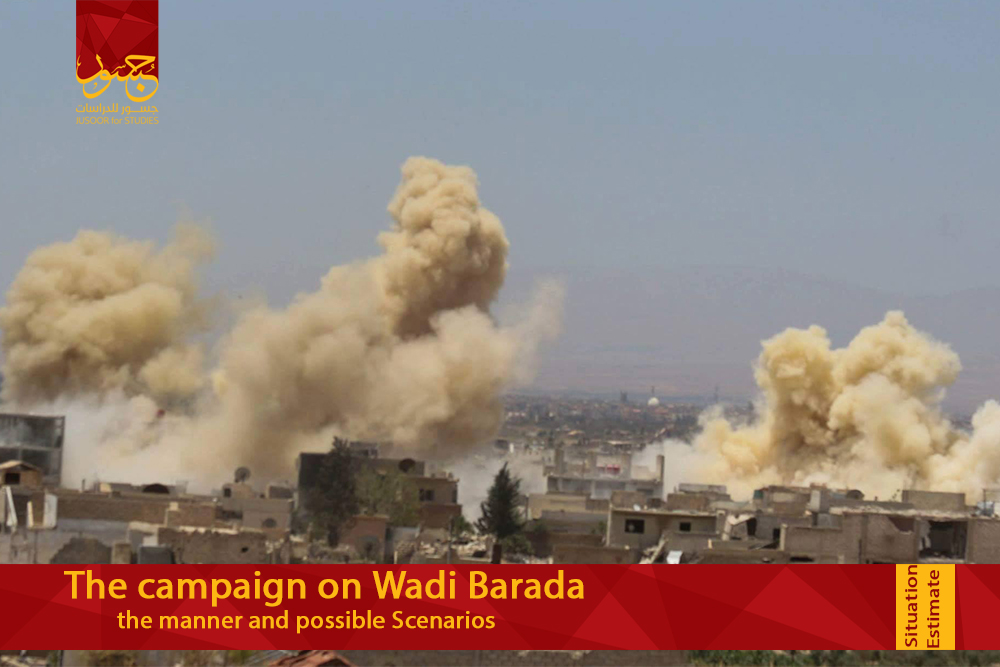 The campaign on Wadi Barada the manner and possible Scenarios

Wadi Barada in western countryside of Damascus, was bombarded by the Syrian regime since 19.12.2016, in conjunction with ground operations by the regime and members of Lebanese Hezbollah to control the region.
Wadi Barada includes 12 villages which are: (Bassema, Ain Al-Khadra, Ain Alfeja, Deir Mouqren, Kafr Alzaeet, Deir Qanoon, Kafr Al-Awameed , Brahela , Al-Nahlah and Huraira ) in addition to some small villages .
The Syrian regime dominated the villages of Al-Nahlah and Huraira, while the other villages are under control of the armed opposition since 2012.
The factions which dominate the region currently are: Ahrar Al-Sham Movement, Fateh Al-Sham Front, the factions in gathering of (Wa Aatasemou Behabllellah which includes Al-Ghourabaa brigade, Al-Saif Al-Omari battalions, Nousor Dimashq brigade and Rijal Men Al-Qalmoun brigade) in addition to the Army of Qalmoun.
The northwest of Wadi Barada is connected to Al-Qalmoun by Huraira village which is located about 4 km away from the course of Barada River, and 3 km away from Madaya in the mountains of Qalmoun in the east. the city locates about 1600 meters above the sea level.