That's likely why Russia steps up violence in northern Syria 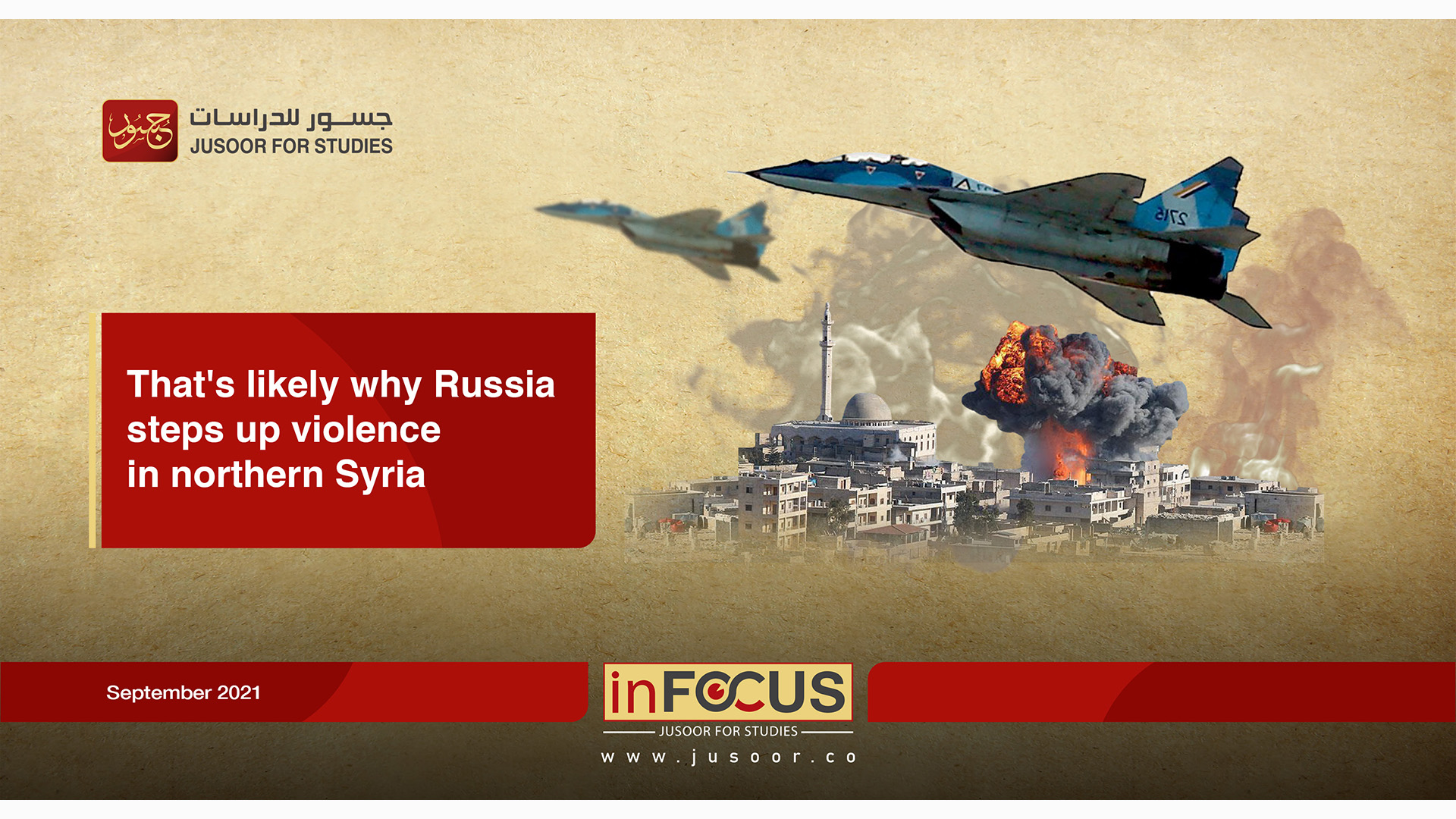 That's likely why Russia steps up violence in northern Syria

132
In Focus | That's likely why Russia steps up violence in northern Syria
On September 7, Russian aircraft carried out intense air strikes on a camp for the internally displaced persons (IDPs) near the town of "Maarat Misrin" north of Idlib, close to the Syrian-Turkish border area, as a result of which at least five camp residents were wounded.
At the dawn of the same day, a Turkish military outpost in the village of Al-Yashli, west of Manbij district in Aleppo countryside, was subjected to a missile attack. There were conflicting initial reports about who had carried out the attack, and if it was surface-to-surface missiles, or air strikes, which led to the death of a Turkish soldier and the wounding of others.
It is likely that the attack on the Turkish military point may have come from the PKK-affiliated military groups, as these groups have recently launched uncoordinated attacks under the SDF leadership, and they also have channels of communications with Moscow.
It seems, however, no coincidence that the attack came in this time, especially since it is sourced from the countryside of Aleppo, west of the Euphrates River, over which Russia exerts considerable influence.
Any or all the following explanations can be seen as the main reason/s for this escalation:
1. Russia’s dissatisfaction with the taking turns matter between Turkey and the United States in northeastern Syria, which is clearly appeared in raids Turkey has been launching against leaders affiliated with the “Syrian Democratic Forces” those are from the cadres of the Kurdistan Workers’ Party (PKK), while Washington is making advantage of these strikes to convince the “SDF” to end the presence of the PKK party in the former's regions, and pushing the Kurdish-Kurdish dialogue forward, which will of course be at the expense of progress on a path preferred by Russia, which is to hold a dialogue between the SDF and the Syrian regime.
2. Russia's willingness to maintain the unstable situation between Turkey and the SDF, in order to block any possible negotiating path between the two sides under American auspices. Accordingly, Nuri Mahmoud, spokesman for the Kurdish People's Protection Units (YPG), announced their readiness to establish the best relations with political parties and international forces, including Turkey. The statements came on September 6, a few days after a US delegation visited and met with SDF officials.
3. Russia’s desire to present itself as a strong and reliable guarantor in the northeastern region of Syria, and it is likely that Moscow wants to exploit the lackluster US response to the SDF’s demands for Washington to stop Turkish attacks on its positions.
Obviously, it is quite important for Russia to have further effectiveness in the Kurdish file in order to make the greatest use.
4. The Syrian National Coalition, which has close relations with Turkey, has responded to the Daraa governorate hot issue, as Salem al-Maslat, the Coalition President threatened to withdraw from the political process. This scenario, if happened, would deprive Russia of legitimizing its military gains by encapsulating them in a political process with the approval of the Syrian opposition.
5. The Turkish opposition’s insistence on rehabilitating the “Assad” regime on the international level, despite the Turkish Foreign Minister, Mevlut Cavusoglu has confirmed in recent statements on September, 7 that “political negotiations with the Syrian regime and meeting with them are not possible,” noting that “the regime is not internationally recognized."
6. The widening range of Turkish-Russian differences in all files, whether in Azerbaijan or Ukraine, and recently the Turkish position in Afghanistan, and the clear coordination between Ankara and Washington in order to fill the void at the "Kabul" airport.
Ultimately, it does not mean that such messages, being sent on the ground will necessarily turn into military combat or direct clashes, but rather they often come as attempts for pushing the dialogue at the negotiating table forward, and working to get better negotiation terms.