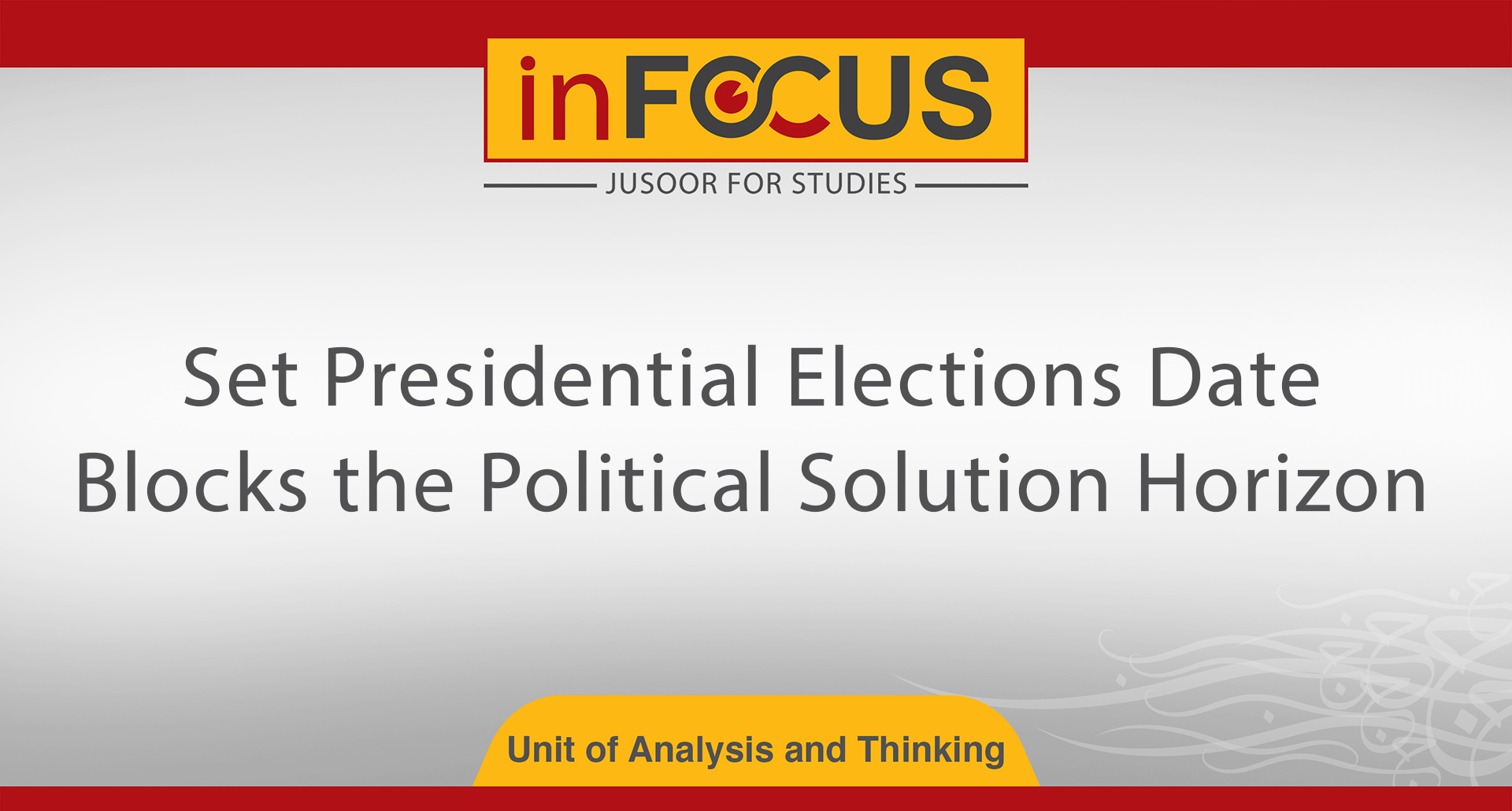 The People's Assembly of the Syrian regime has set the date for the next presidential elections on May 26, and the door for candidacy will be open until April 28.

All indications show that the elections do not carry any significance in terms of form, as they will be a repeat of the 2014 election model, in which Bashar al-Assad ran alongside one or more secondary persons, and the elections are theatrically carried out in the manner known in Syria and other totalitarian countries.

Within the current parameters, Iran has always supported the idea of implementing the elections in a timely and well-known, theatrical form, given that this format disrupts any political solution projects, which Tehran does not want and does not achieve its interests in any way.

In turn, Russia has sought, for more than a year, to communicate with a number of opponents and opposition parties in order to persuade them to run in these elections, which may require an amendment to the constitution relating to the case of opponents residing outside Syria, as other parties have proposed the idea of postponing the elections. This does not necessarily mean that they were serious about it, but they were at least ready to discuss the matter.

Despite holding such pro forma elections at the internal level, the regime and its supporters face a number of challenges that may spoil political and media investment in, and among the most prominent of these challenges is that both the regime and its allies effectively control over about half of the Syrian territory only, as this includes the opposition-held areas of northern Syria, and the areas of the Autonomous Administration, in which the regime’s presence is limited to security squares within cities, and the areas of Daraa and As-Suwayda, in which the regime’s presence is limited too.

The elections also come at a time when the regime is facing an unprecedented economic crisis, as the local currency (Syrian Pound) collapsed to low levels, scarcity of fuel -all kinds-, and the prices of all basic commodities are increasing. These data severely affect local communities, including the regime's popular base. The current economic crisis also limits the regime's ability to organize ceremonial festivals, or what the regime calls as an "electoral wedding party."

In addition to the above internal challenges, implementing elections is facing this time an international refusal in advance, the international community would not recognize such elections legitimacy or results, despite the mobilization of Russian diplomacy over the past two months in regional and international discussions with all the actors, in an attempt to search for a formula that guarantees recognition, even minimally.

Setting the date for the presidential elections is an announcement of the closing of the horizon for a political solution in Syria, at least in the near-long future, and a failure by the regime’s allies to present their projects for finding a solution.