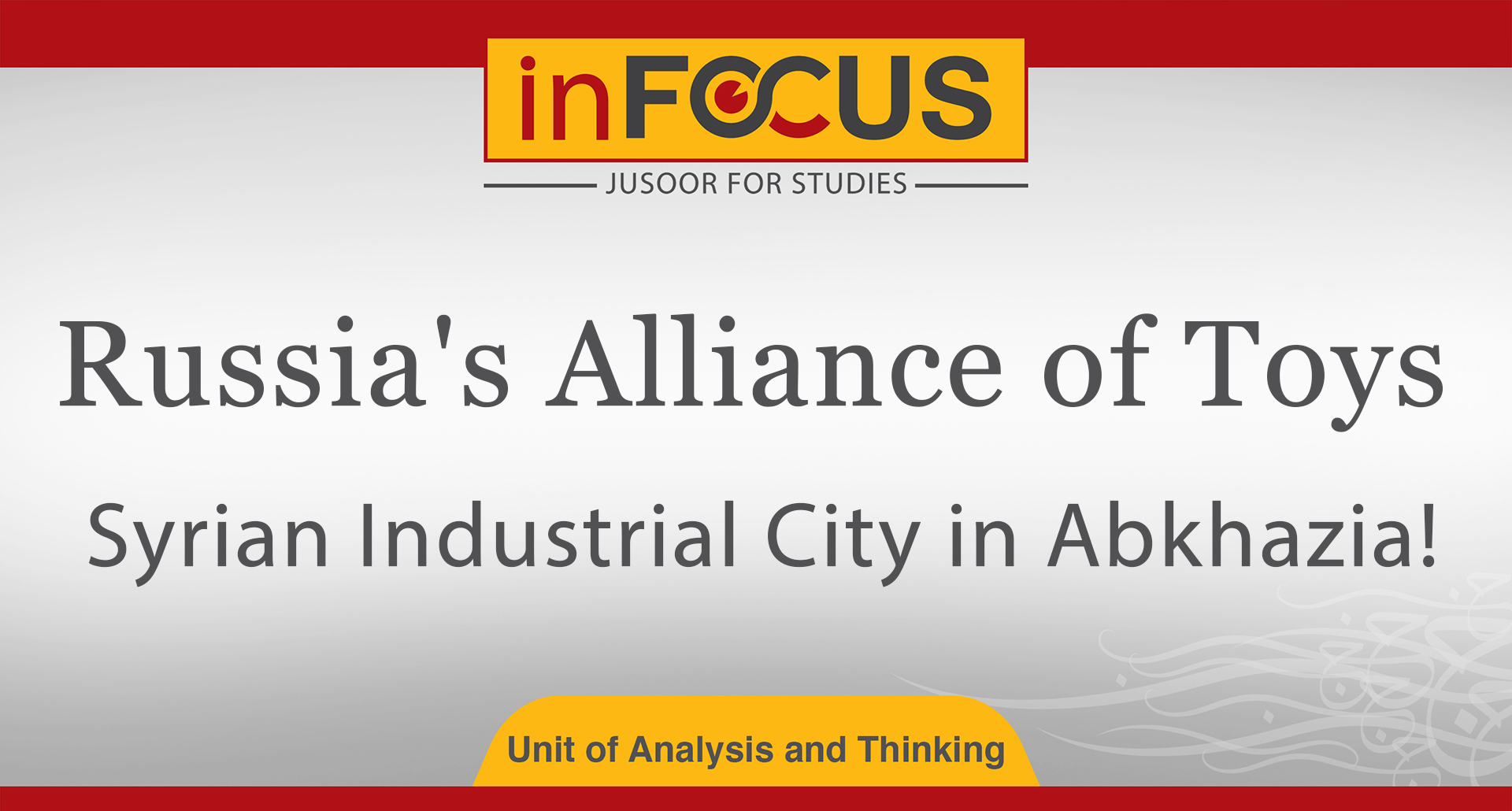 The ambassador of "Abkhazia" in Syria has recently announced the completion of the necessary procedures for establishing a Syrian industrial zone in his country, and said that the two countries are preparing to establish a shipping company to serve the commercial movement between each other. The ambassador’s statement came at the start of the visit paid to Syria by the head of the so-called "independent republic of Abkhazia", a country that only five countries in the world recognized, including Russia and Syria.

Abkhazia is less than half the area of Syria's Aleppo governorate, and the visit by the "Abkhaz President" to Syria shows a Russian desire to maximize the political dividends for the regions and countries that it controls over. The "Abkhaz president" suffers from isolation and lack of legitimacy to a degree that may exceed the one Bashar Al-Assad suffers from, therefore, in such a visit he tries to give the two parties cosmetic achievements that can be used for their local audiences.

In addition to the political benefits, Russia seeks to maximize the economic ties among its allies, in the interest of its dominant economy in Syria and Abkhazia.

It is believed that the announcement of the Syrian industrial zone in "Abkhazia" is a declaration that lacks real value, and will remain unimplemented, as Syrian investors and workers cannot reach "Abkhazia". What was previously announced about no need for entry visas between the two countries are currently applied to diplomats and officials only and not include others.

The weak productive capacities of the Syrian regime and "Abkhazia" make it difficult to establish joint industries, and it may be limited to the commercial exchange of some manufactured and agricultural commodities at best.

It is more likely, however the annual contribution of the Aleppo Governorate to the Syrian GDP is more than 30 times higher than the GDP of "Abkhazia", whose area is equivalent to half the area of Aleppo!

Even if the industrial zone in "Abkhazia" is economically feasible, it will be at the bottom of the regime's agenda, considering the direct interest for the regime itself about it, because it is quite logical to either have investments in the already-existing Syrian industrial zones or construct new industrial ones in Syria!