Russia Continues to Escalate Violence in Idlib despite "Sochi" Meeting 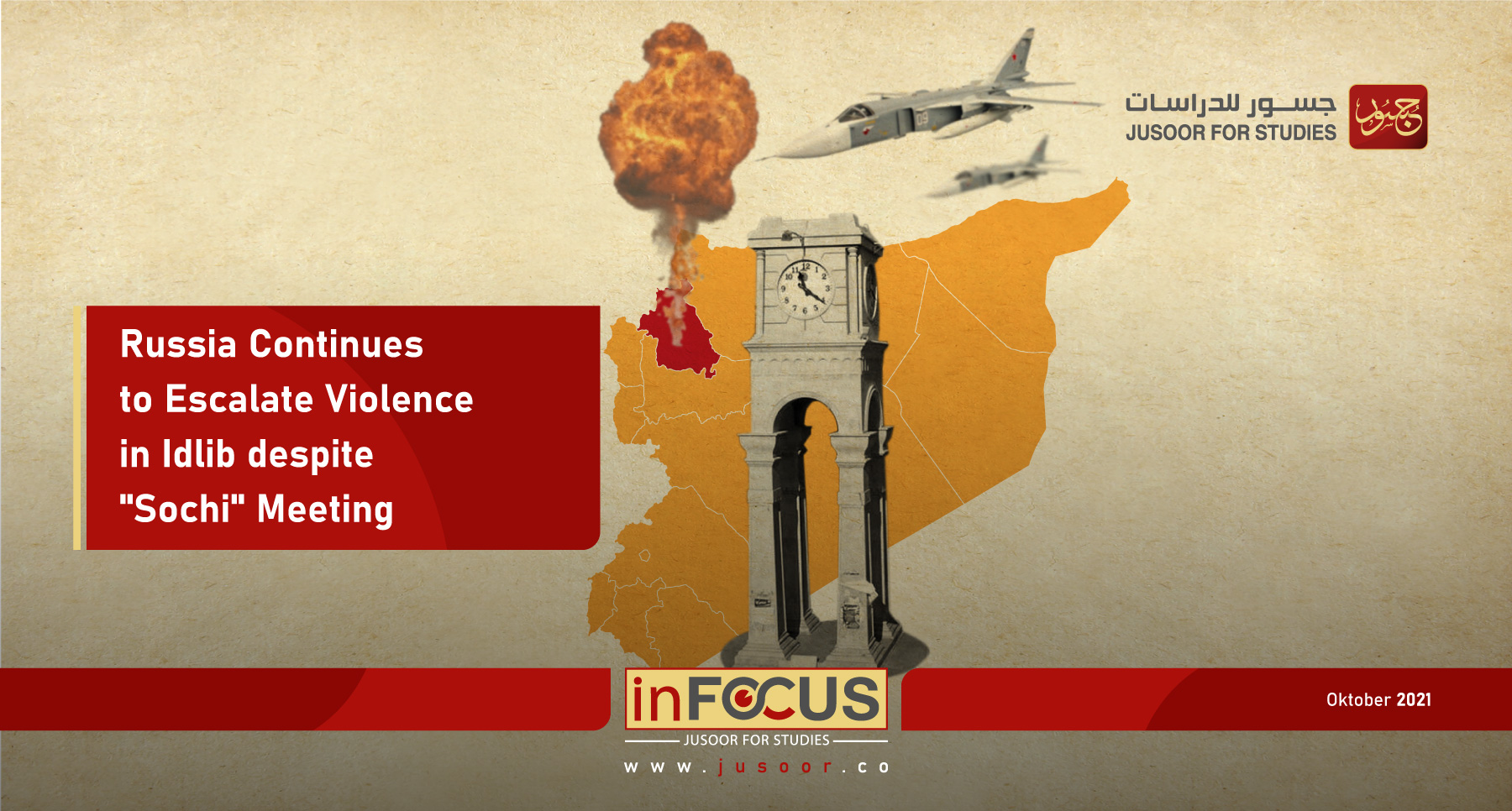 Russia Continues to Escalate Violence in Idlib despite "Sochi" Meeting

Military escalation has just returned back to Idlib province in early October 2021, after only two days of relative calm that coincided with the convening of the Sochi presidential summit between the Turkish President, Recep Tayyip Erdogan and his Russian counterpart, Vladimir Putin. Precisely, the area of Jisr al-Shughour west of Idlib witnessed artillery and air strikes, in which the Russian aviation took part, targeting the city center, which marked a significant development.

Obviously, Sochi summit brought the two countries' leaders together in order to discuss strategic files and an attempt to bridge the rift between the two sides, without going into the operational details that will likely to be dealt with in discussions between the relevant institutions (intelligence and the Ministry of Defense).

However, it was noticeable the discrepancy in the statements made by the Turkish president and the Russian Kremlin on the day after the summit, where Erdogan stressed that they had removed the terrorists from the safe passage on both sides of the M4 road, while the Kremlin said that the "terrorists" should be removed from Idlib as whole.

After all, in light of these facts, the recent escalation is likely happened to affirm Moscow’s demands those the technical delegations will present during its upcoming meetings, which the summit is supposed to have paved the way for, the least of which is the insistence on opening international roads, to complete the achievement that was reached through Jordan’s approval of trade exchange, which in turn gives the Syrian regime an appropriate opportunity to restore its own position in the transit trade between the Gulf states and Europe's, and contributes to reviving the regime's torpid economy. Further, Russia may seek to deploy military outposts in the area extending from Ariha to Jisr al-Shughur, west of Idlib, if it could do so, especially if it made progress in its strategic dialogue with the United States of America, including the Syrian file.

It is unlikely that the current escalation was based on understandings made between the two presidents at the last "Sochi" summit, and it seems that Russia will continue to rely on military pressure to gain a leverage on Turkey in the course of the arduous negotiations with Turkey on the Syrian file.