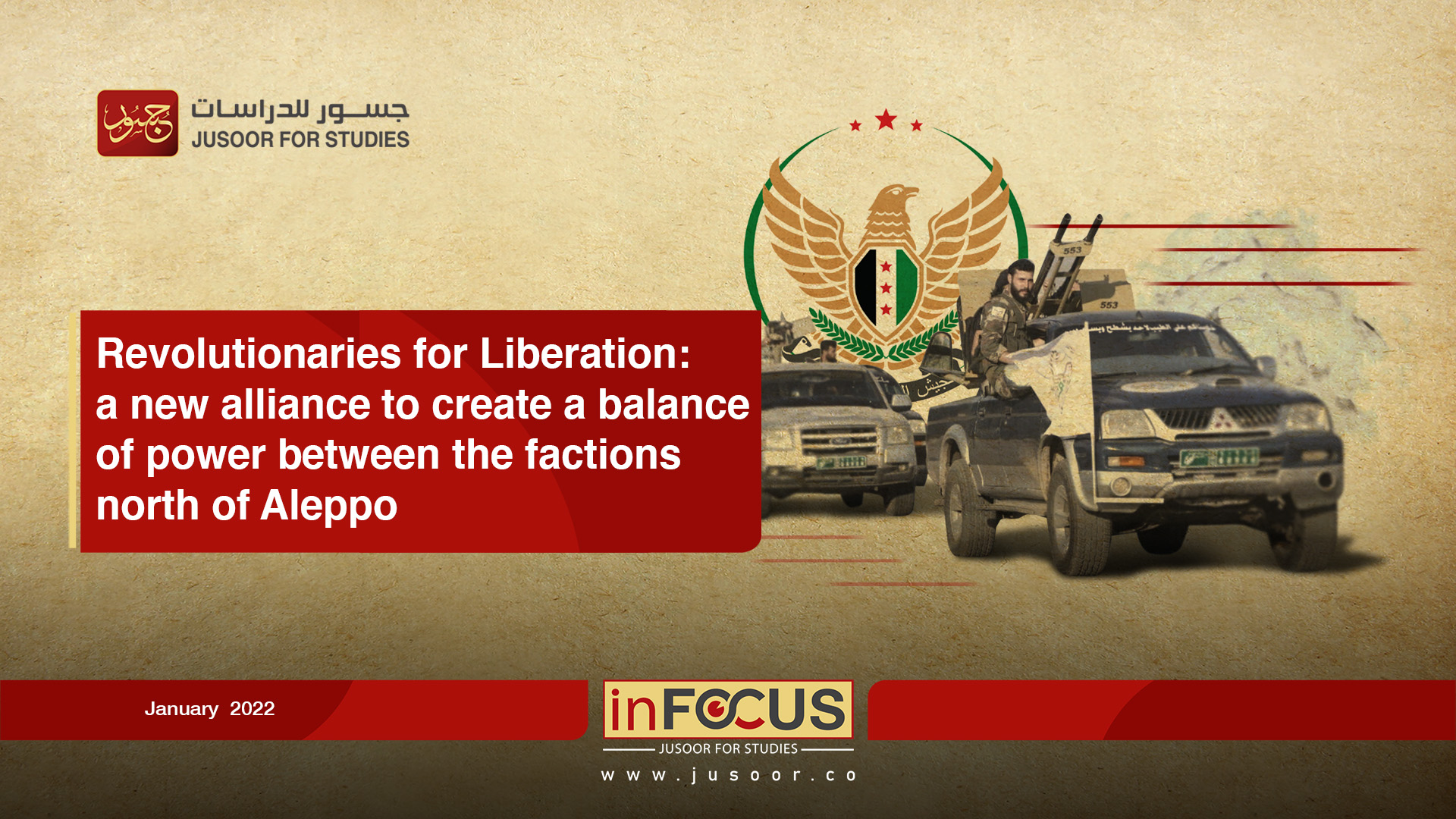 
On January 23, 2022, the "Revolutionary Movement", which includes 9 factions of the Syrian National Army, most notably the "Sultan Murad Division" and "Sultan Suleiman Shah Division", announced the merger with the Syrian Liberation Front, which is made up of two factions: « the Hamzah Division », and « Al-Mu’tasim Division », within the framework of a new entity called “The Revolutionaries for Liberation,” led by “Fahim Issa.”

As such, the factions of the Syrian National Army are now distributed to 4 main blocs: the First Corps, the Second Corps, the Revolutionaries Liberation Organization, and the National Liberation Front.

In practice, the new merger brought Al-Mu'tasim's division back to its previous alignment with the factions of the Second Legion, with just minor modifications.  It is noted that the announcement did not address the organizational relationship with the unified command room (Azm), although the "Revolution" movement is considered a major part of the latter.

It seems that this is related negotiations going on between the Third Corps and the "Revolutionary Liberation Committee" to determine the new number of seats that the latter is supposed to get within the unified command room. The commission is expected; therefore, to be keen on having a greater number of votes than the legion, in the hope that this will lead to influencing decision-making. There is no indication; however, that such a move would be accepted.

Even if the commission obtains more votes than the Third Corps within Azm, this does not mean that it will be able to change its leader, Muhannad Al-Khalaf (Abu Ahmed Nour); especially when it’s by-laws require getting two-thirds of the votes.

Assuming that the negotiations between the two parties reached a dead end, it is expected that this will affect the Third Corps more than the Commission, which will have an additional incentive to forge more alliances with other factions, especially the First Corps, in order to prevent any attempt to exclude it or reduce the size of its influence on the scene.

In general, it should be said that the formation of the "Revolutionaries for Liberation" does not grade up to a complete merger among the constituents, that had not originally agreed to unify the financial mass and resources and postponed the organizational files until after the announcement. However, the factions affiliated with the new formation will not mind keeping the name “Revolutionary Liberation Committee” as a coalition coordination framework, because it enables them to group together to balance with the Third Corps, which turns successively into a merged entity after uniting the financial blocs among its factions, and by forming a single leadership council.