Reasons behind the Ongoing Inter-Factional Fighting in the Syrian north 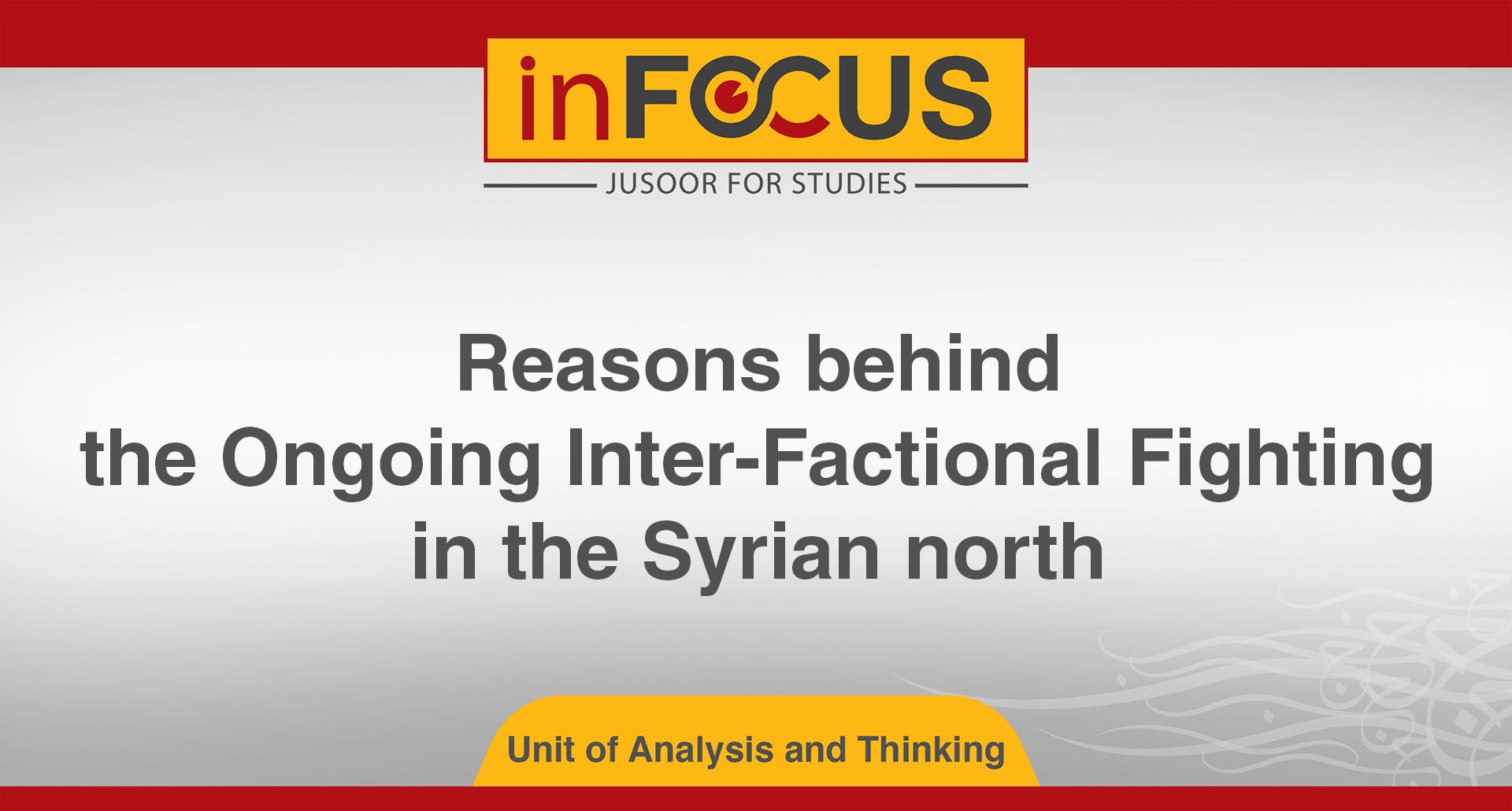 Reasons behind the Ongoing Inter-Factional Fighting in the Syrian north

127
In Focus | Reasons behind the Ongoing Inter-Factional Fighting in the Syrian north
Violent clashes broke out on May 28 in Afrin between the Syrian National Army (SNA) factions, few days after similar clashes erupted in Izaz, north of Aleppo.
The inter-factional fighting is one of the manifestations of the security chaos and instability in the Syrian north and its most important causes are:
1. Lack of accountability due to the unwillingness and inability of the military commanders to govern the armed factions. In addition, to the absent role of the judicial institution, and the multiple judicial references.
2. The weakness of the security and the military police due to lack of resources including equipment, funds, training, etc.
3. The absence of governance and a common strategy to confront the security challenges in the Aleppo regions, which often creates a conflict of authority between the military factions and the General Security Service.
4. The incompetence of SNA as an overarching institution of the military forces and the factionalism remains the dominant actor. Consequently, the absence of a powerful and unified military force causes the ongoing inter-fighting as there is no a clear strategy to identify the real missions of these factions. The factions must remove the headquarters and barracks as well as prevent military personnel from walking around with their weapons in civilian areas. Also, they must prevent unjustified fire, remove all military checkpoints and limit them to contact lines.
5. Competition over resources which explains the factions ’desire to always expand their areas of influence internally and on contact lines to benefit from commercial movement with the rest of the conflict areas.
6. The lack of a procedural mechanism to regulate obtaining weapons, whether by civilians or fighters, in addition to turning the arms sale into a common trade. The absence of the security and safety police in Aleppo countryside pushed people to buy weapons to protect their lives.
7. The absence of the role of local councils in the social security file. An active role of the councils would prevent military factions interfering with service institutions on one side and help create programs for stability in light of the great social diversity in Aleppo countryside following the displacement of tens of thousands of civilians from various Syrian regions.
8. The absence of Turkish firmness when it comes to inter-fighting. Turkish officers only intervene sometimes to break the clash and things remain the same.
9. The lack of clarity in the Turkish vision about the future of the region at all levels, legal, service, military and political is leading to security chaos and instability.
10. The absence of the role of the Syrian Interim government as an executive authority in the northern areas of Aleppo due to different reasons. The interim government does not bear the whole responsibility; however, its lack of authority affected local populations’ confidence in the existing administrative authorities. This in turn led to security chaos due to multiple powers and authorities. Turkey may bear part of the responsibility in this regard in as it should support the sovereignty of the Syrian Interim Government.
Unit of Analysis and Thinking - Jusoor for Studies
To visit the English Telegram channel: Click here