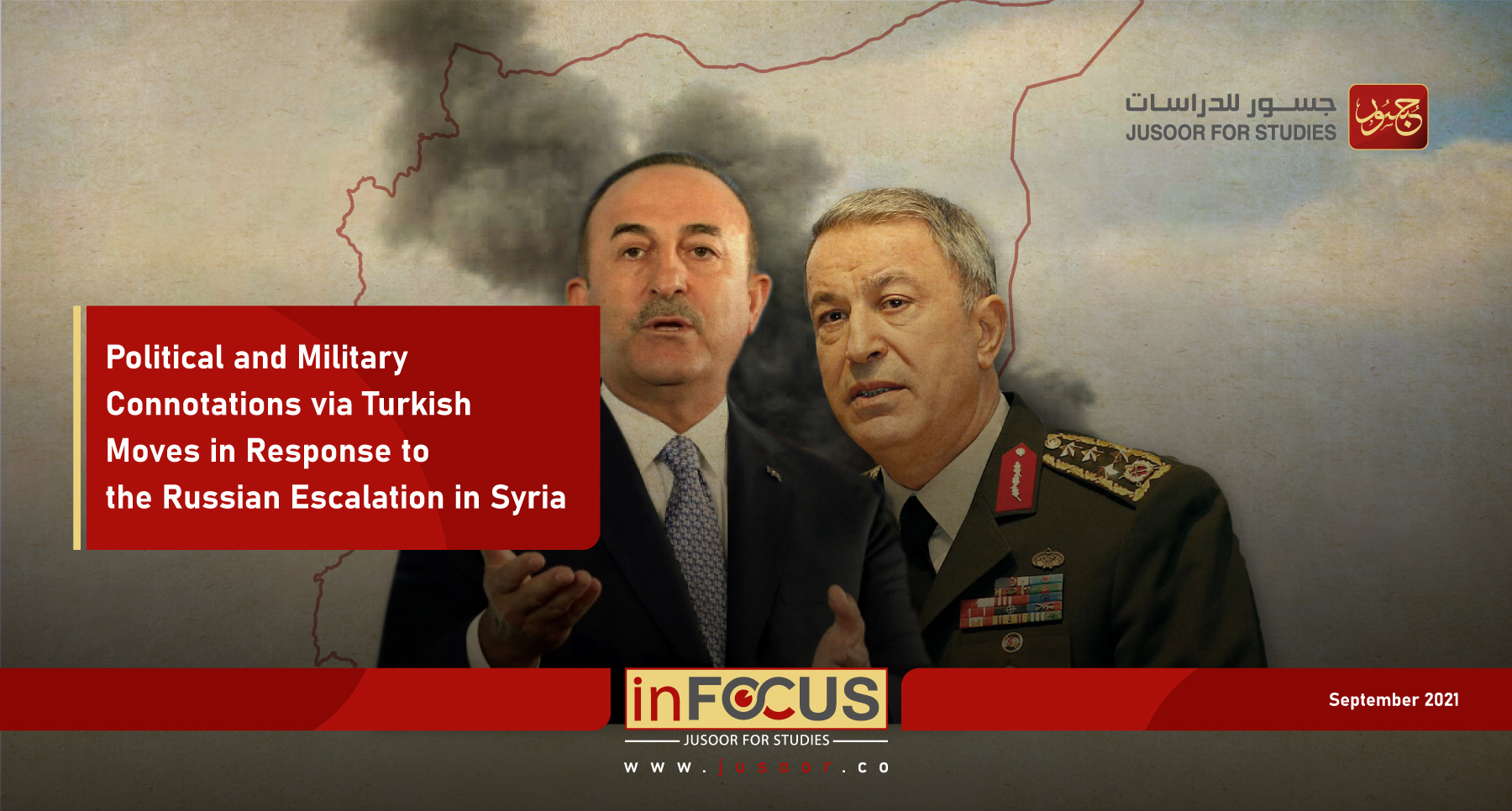 Russian warplanes continued to carry out raids on northwestern Syria, which obviously marks an intense escalation of violence that has been on the rise since September 6.

Accordingly, Turkey has sent many political and military messages over the past few days, responding to the Russian escalation on the ground.

In fact, the meeting that brought together Turkey's Foreign Minister, Mevlut Cavusoglu with Syrian opposition figures, including Salem Al-Meslet, head of the National Coalition of Syrian Opposition, Anas Abdeh, president of the Syrian Negotiation Commission, and head of the Syrian Interim Government, Abdurrahman Mustafa in the capital, Ankara on September 9 is likely to be a political message intentionally directed against Russia.

Moreover, the Turkish Minister's assertion in his recent tweet "Fully supporting Coalition and Interim government, legitimate representatives of Syrian people,” has an additional message in response to the Russian behavior.

The meeting and the aftermath statements, can likely be understood as a Turkish message addressed to Moscow in order to push it to return to the calm again. Not only that, it could also be a response to the regime itself, which, a few days ago, denied the existence of any collaboration or willingness to cooperate in any way with Turkey.

Previously, the head of the Syrian opposition coalition, Salem Al-Meslet, had previously threatened to withdraw from the political process, early this month, if Russia does not stop escalating violence in each of Daraa and Idlib.

As a matter of fact, if Ankara obstructs the course of the political process, Russia will not be able to move forward in achieving a political solution, which can serve the Russian propaganda before the international community.

On the military front, the "Turkish-Syrian" meeting came in line with the announcement of five military groups operating under the Syrian National Army (SNA) in northern Syria that they united as the Syrian Liberation Front.

Namely, the five groups are the Hamza Division, Mutasim Division and Sultan Suleyman Shah Division as well as the 20th Division and North Falcons Brigade.

The mentioned divisions are affiliated with the Second Corps, which is among the closest formations to Ankara. Actually, merger ceremonies that the factions were keen to implement indicate the development of the Turkish-backed Syrian military opposition, and aim at showing their organizational status.

Russian Foreign Minister, Sergei Lavrov criticized, on September 9, Turkey’s inability to implement the "Putin - Erdogan" agreement, which was signed in March 2020 on Idlib, stressing that Turkey failed to separate "the moderate opposition from terrorists".

It is unlikely that Turkey will take further steps in Idlib, in light of Russia's failure to fulfill its commitment to the northeastern region of Syria, which includes the removal of the "SDF" organization and the Kurdistan Workers' Party (PKK) from the Turkish border at a depth of 30 kilometers.

After all, this does not necessarily mean that the situation will get out of control in the field. With no doubt, each party is interested in finding solutions to push the understandings forward, unless the Syrian arena witnesses new developments or the international actors wants to get the file heated up again.