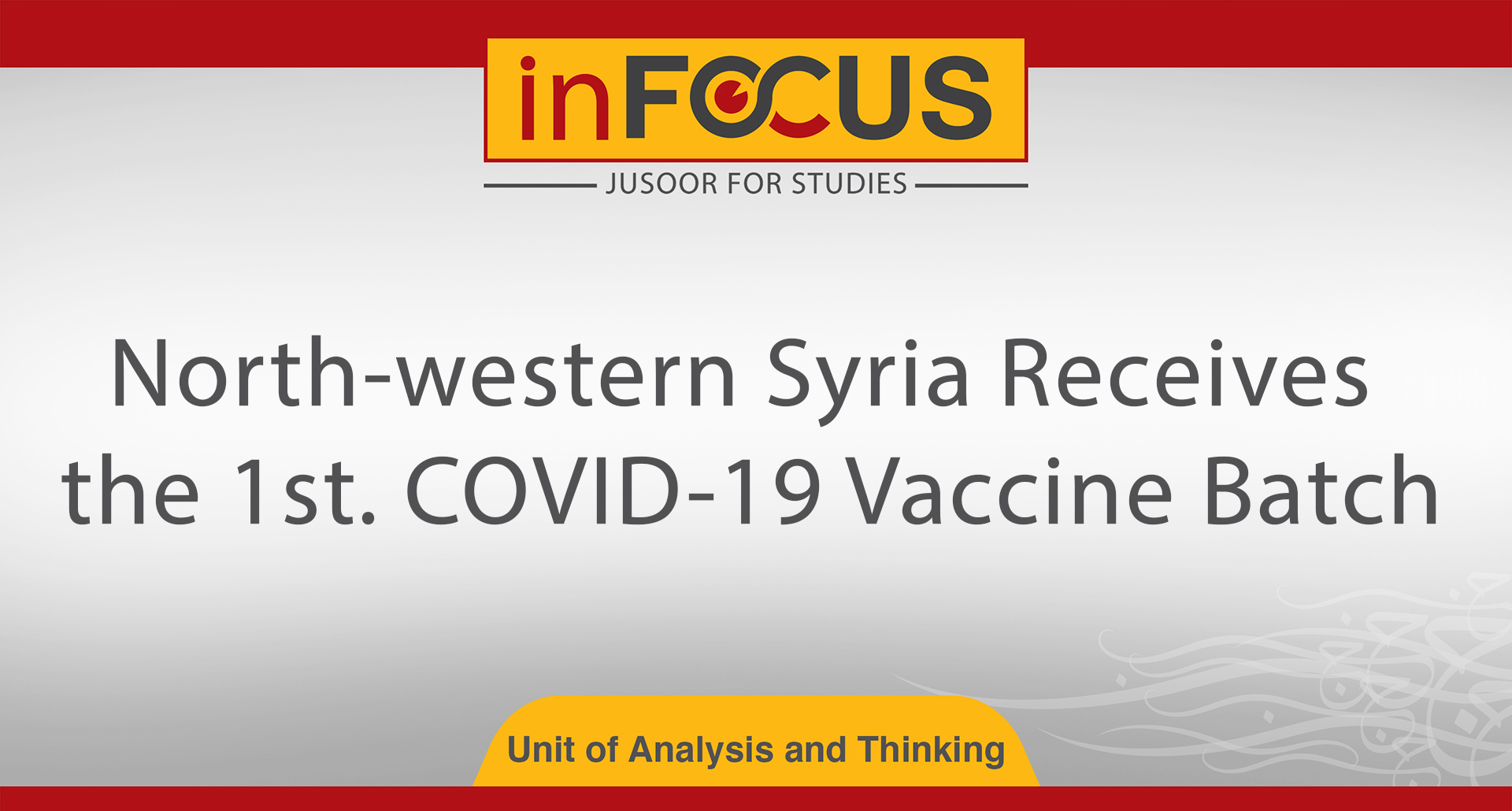 Wednesday April 21, 2021, the first batch of the COVID-19 /Coronavirus vaccine arrived in the Syrian opposition-held areas in northwestern Syria, amounted to 53,800 doses of the SEA vaccine. The vaccines were dispatched by the World Health Organization as part of the Covax programme, to be the first batch of vaccines that enter Syrian land officially.

The arrival of the vaccines came after the World Health Organization announced more than once that the vaccine doses had been postponed to Syria, which were scheduled to arrive at the end of April or early May 2021.

However, not delaying the supply of vaccine doses to opposition areas despite the increase in global demand for it, primarily reflects the success of the efforts and performance of the opposition working group, which was formed since March 10, 2020 in dealing with the World Health Organization and pushing shareholders to respond without delay. This may also illustrate that some international parties intend to send a message to Moscow in particular, to show its inability to sponsor the Damascus government even in the diplomatic field.

The arrival of the first shipment of vaccines to the opposition areas before any other region constitutes a clear failure by the Syrian regime and its allies in dealing with international institutions, and also reflects the inability of the Autonomous Administration to persuade the World Health Organization to separate vaccines allocated to eastern Syria from Damascus share.

The Syrian regime's inability to respond to the Corona pandemic crisis is not only limited to being unable to speed up the arrival of vaccines from the United Nations to its areas of control, but also includes its inability to persuade its allies in Russia and China to supply necessary jabs, even though both of them have produced their own vaccines.

It seems that Russia not working to cover the Syrian regime's deficit in government performance, particularly at the humanitarian and medical level, either due to its inability to bear the expenses or the lack of interest in the first place, while it tries to provide international support.

It also seems that the United Nations focus on bringing the first batch of vaccines into Syria from the Bab al-Hawa crossing indicates the importance of continuing the cross-border humanitarian aid mechanism under Resolution 2533 (2020), whose mandate expires in July 2021, and Russia calls for its termination and restriction of entry aid through Damascus only.