Motives for Mazloum Abdi's participation in the PKK organization meetings 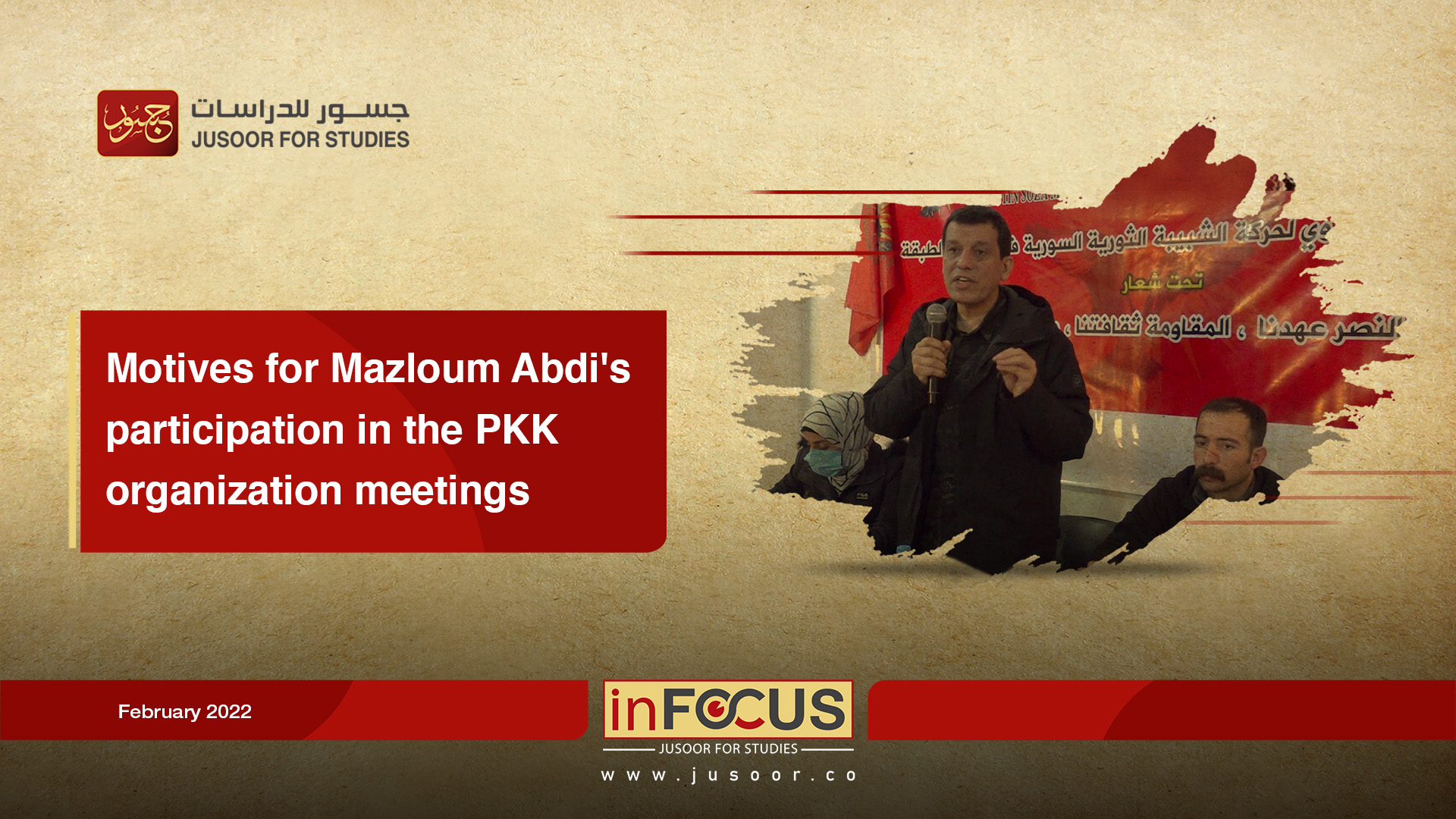 Motives for Mazloum Abdi's participation in the PKK organization meetings

135
Motives for Mazloum Abdi's participation in the PKK organization meetings
On February 10, the "Revolutionary Youth Movement" (RYM)- a military force directly affiliated with the Kurdistan Workers' Party (PKK) and not part of the Autonomous Administration structures - organized an annual meeting in the city of "Manbij" attended by the leader of the Syrian Democratic Forces (SDF) Mazloum Abdi.
In fact, it can be said that Abdi's recent participation is an unusual event; Because he has attended 3 regular monthly and annual meetings since the beginning of 2022, which is a large number compared to previous periods in which he at least avoided announcing his participation.
This means that there is a desire to show an increase in the level of interaction and participation between the SDF and the RYM, after the relationship between the two parties was often based on secrecy, perhaps due to the continuous violations that hit it either with recruitment or attacks against activists and political and partisan institutions, which the SDF was not prepared to shoulder responsibilities.
But the SDF’s move forward in formally declaring and developing the relationship with the RYM, despite the potential risks and challenges that it and the self-management may entail, means that it has several of motives and reasons, as explained below:
• Attempting to present the movement to the local community as an official SDF-affiliated institution; To facilitate the recruitment processes it carries out. Consequently, the "SDF" obtained a new human resource, through which it would compensate for part of the shortfall it was subjected to after it was forced to amend the Self-Defense Law "forced conscription" and exclude a number of age groups from it.
• Attempts to achieve greater access and penetration to the Arab-majority areas, thus blocking the way for any intention or step to support Arab factions parallel to the SDF in those areas.
• Attempting to emphasize absolute loyalty and full support to the PKK. It is not excluded that Abdi's participation was in response to the latter's directives to support the RYM; Especially after it was targeted in multiple attacks by the Turkish forces.
In general, it is clear that the "SDF" is managing its relationship with the movement according to its interests and the data of the stage it is going through. Therefore, it is likely that the recent change in the nature and level of this relationship is a result of a response to pressures exerted on the SDF from various sides or a desire to achieve greater gains and goals regardless of their repercussions and effects, especially with the possibility of a decrease in SDF confidence in the American forces’ presence in Syria in the long run, and thus the need to maintain the link and ideological alliance with the Kurdistan Workers' Party.