Military Council in Idlib Can Put End to Factionalism 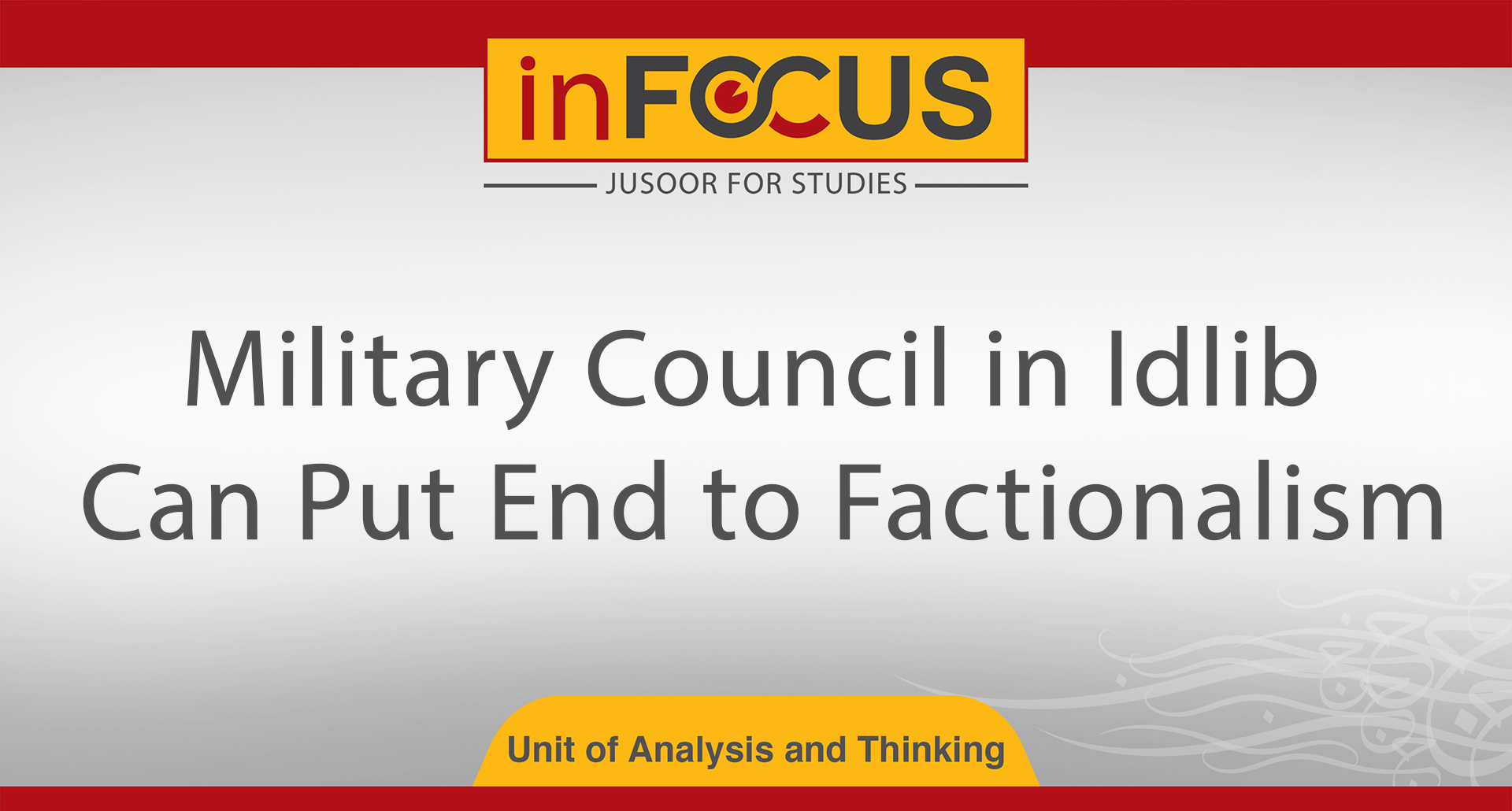 Military Council in Idlib Can Put End to Factionalism

In Focus | Military Council in Idlib Can Put End to Factionalism

According to the statements issued by the Syrian opposition delegation that participated in "Astana 15" in February 2021, indicated the continuation of the ceasefire in Idlib governorate.

The information comes from the 15th. round of Astana talks states that the Turkish side tried to push for a permanent ceasefire in the Idlib region, and to turn it into an agreed-upon area of influence like the areas of the "Euphrates Shield" and "Olive Branch" operations.

Parallel to the political movement to achieve the sustainability of the ceasefire, there are efforts on the ground to shape the upcoming political landscape.

Most likely, the structure of the military forces in Idlib governorate is on the way to change, in favor of crystallizing the "Military Council" project, which was proposed more than a year ago as a way out to solve the problem of "Hayat Tahrir al-Sham".

Currently, arrangements are being completed to merge the factions of Idlib governorate to turn out to 34 military brigades, which are directly affiliated with the military council, which will be led by representatives from both Hayat Tahrir Al-Sham and the National Liberation Front.

Often, the step that will follow the structuring of the factions within the military council will be to appoint a defense minister in the Salvation Government, which is being worked on to fully and effectively transform into an executive authority, and the military council to directly subordinate to the Minister of Defense.

Obviously, decisions been taken to end up any kind of factionalism in the governorate of Idlib, and to work to frame the military forces within an organizational body, and to benefit from that in terms of increasing military effectiveness, and in terms of the political affairs for withdrawing a pressure card taken by the Russians represented in Moscow's insistence on continuing to combat terrorism in Idlib.

For Russia, , this does not necessarily mean that the "terrorist organizations' control of Idlib" is ended, because such a feature (a terrorist group) might be used to describe the new military council and it could deal with this very council as a cover for the continuation of the Hayat Tahrir al-Sham organization, in order to maintain a pressure card that can be used at any moment to justify the military moves.