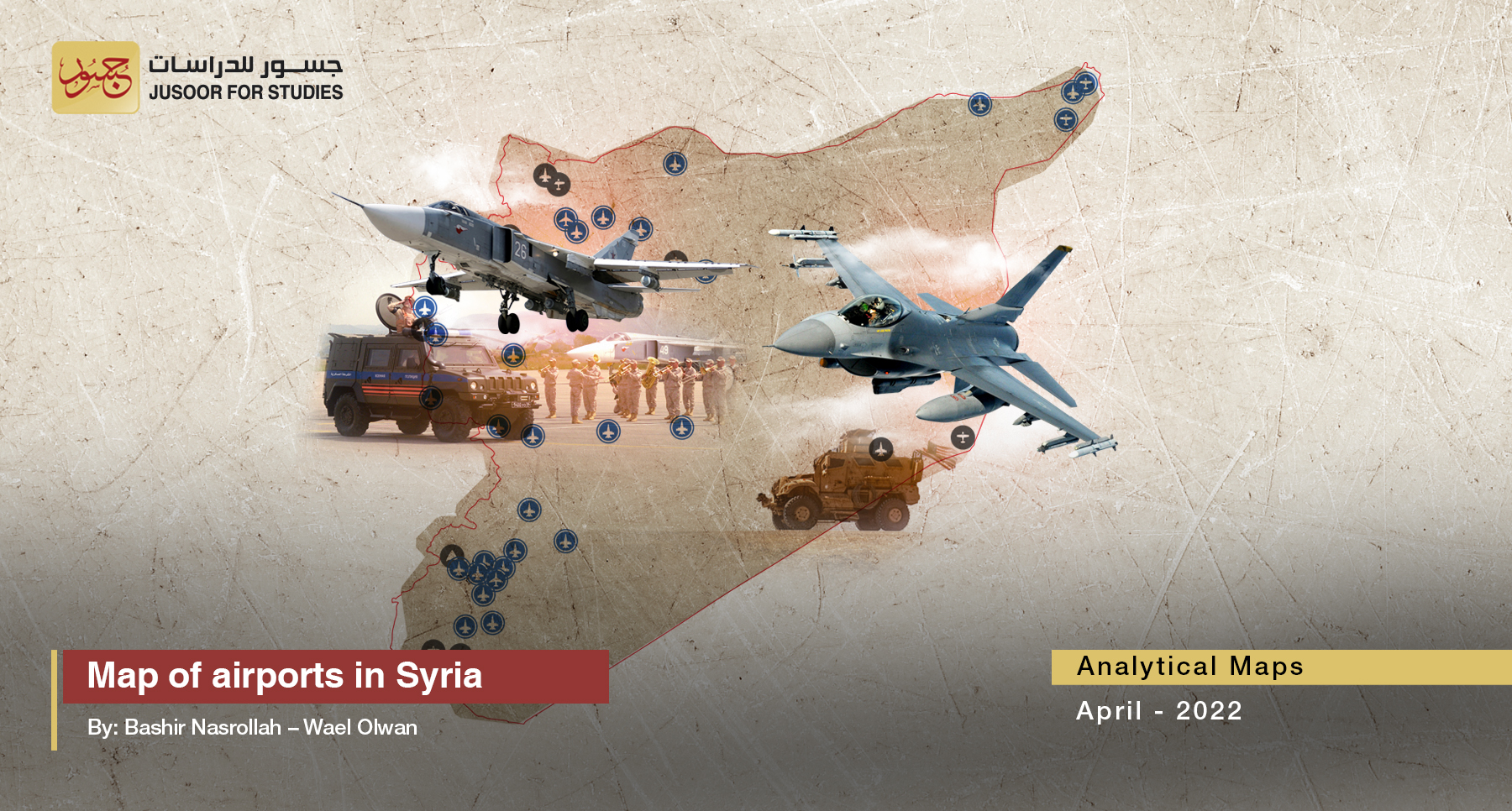 Jusoor Center for Studies publishes this map, which covers the various types of civil and military airports and others for special operations, such as agricultural and paragliding purposes. The covered airports have been classified according to their types and functions as airports (33) or as merely military bases (22) without landing and taking off operations. Also, some agricultural airports are completely neglected and there are no forces inside them.

The map shows the state of most airports in Syria in terms of usage purposes, numbers, and geographical distribution between areas of influence. In addition, the map illustrates the nature of the military control between the actors: the military forces of the Syrian regime, Russia, Iran, US, and Turkey.

The map also reflects the keenness of foreign forces to control the airports, including in the case of competition over them; especially between Russia and Iran.

To view the locations of the airports in the Syrian governorates according to their types and effectiveness, and the attached analytical study that takes into account the foreign forces’ control of the airports, please click on the following link to fully download the study.

To read the full report, download the PDF version 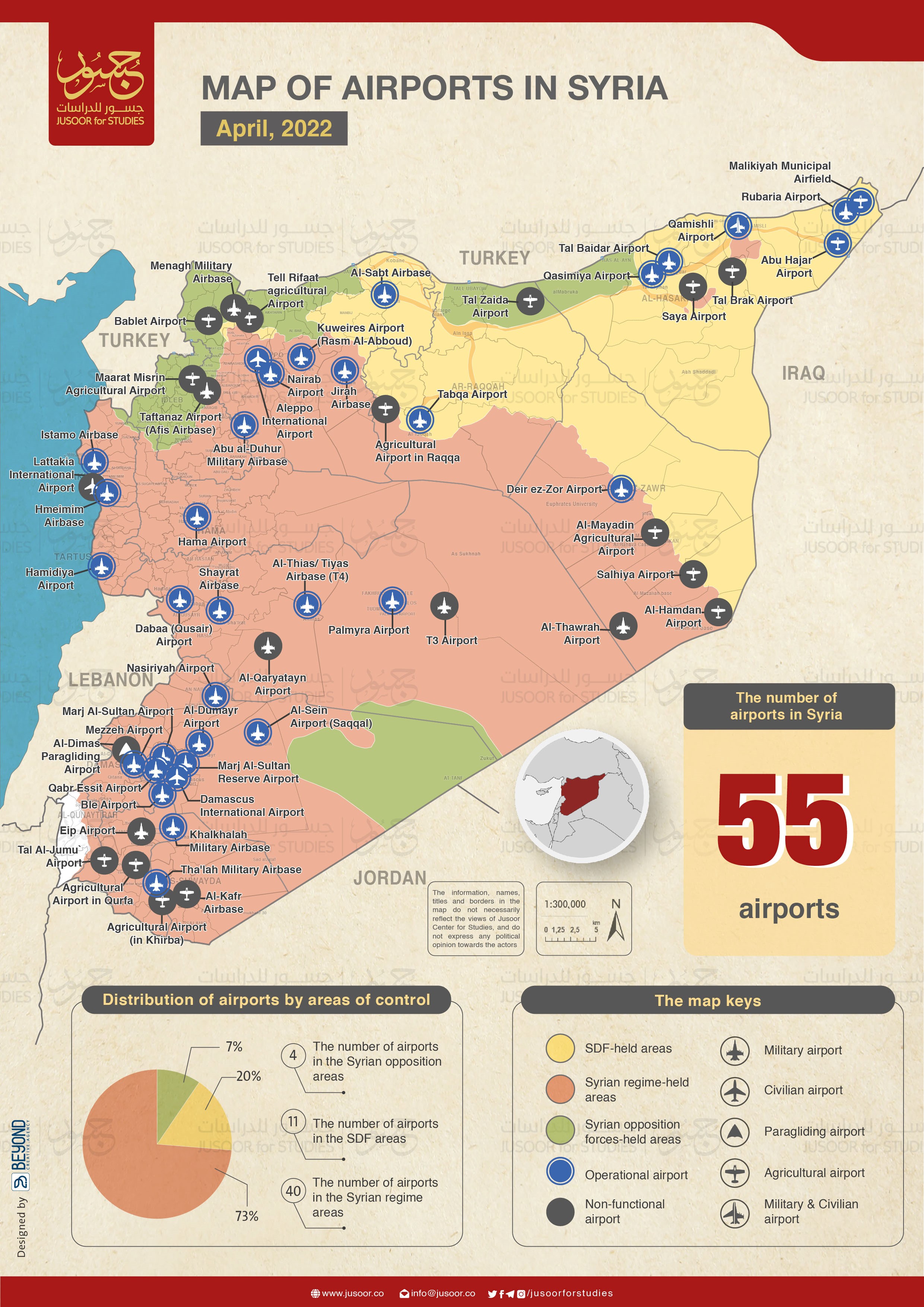