Lecture on Muslims and Seculars by Dr. Ayman Nour 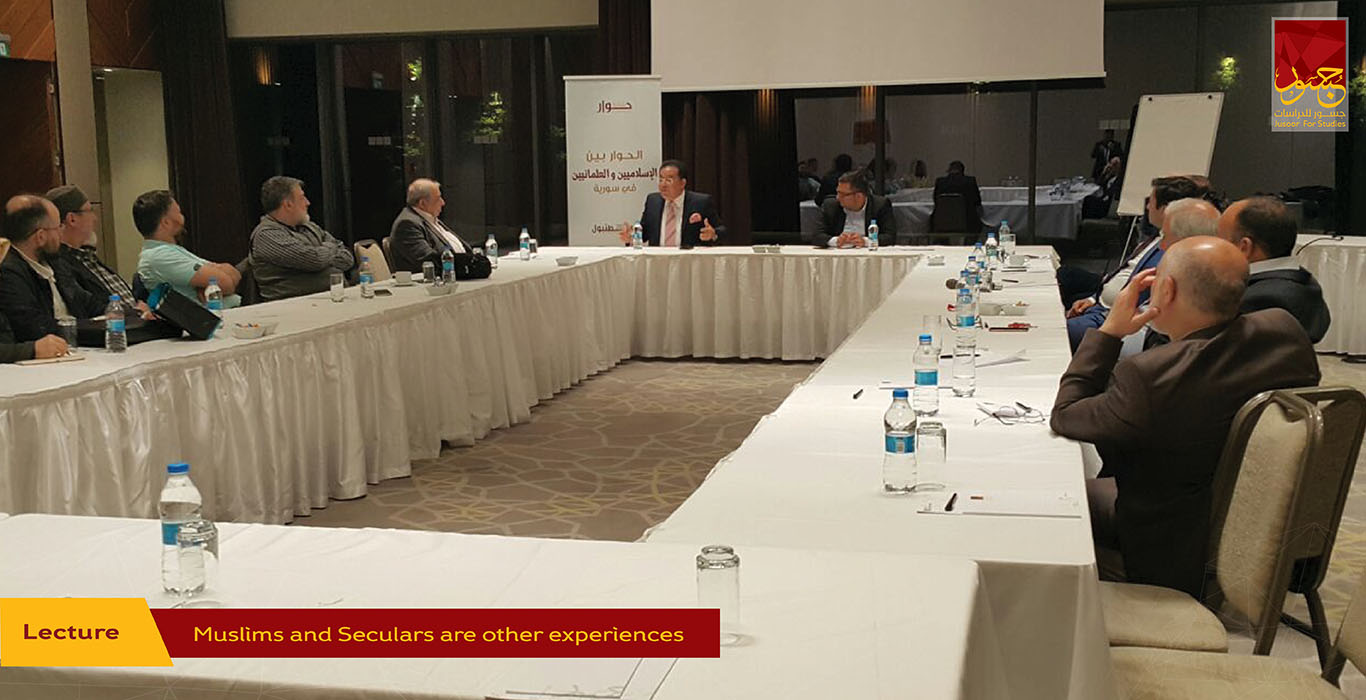 Lecture on Muslims and Seculars by Dr. Ayman Nour

Jusoor for studies organized a lecture in Istanbul under the name "Muslims and seculars are other experiences) as Dr. Ayman Nour (leader of Ghad El Thawra party and previous vice president) addressed the Muslims and seculars' experience in Egypt.
He also included the definition of basic concepts, as the secularism concept in Egypt is different from its counterpart in Syria (in his opinion), therefore, he considers himself liberal more than secular.
Dr. Ayman displayed a historical presentation about the ties (concerted political work, common revolutionary and struggling history) between Islamic and Liberal streams in Egypt, He also mentioned that, fields of meeting and concerted action were more than the ones of clashes and disputes in Egypt.
He demonstrated the mistakes made by Muslims in Egypt and their inability of comprehending the other parties, which was obvious at the outset of Islamist governance in Egypt, however, they realized the significance of partnership and effective work between the other components, later.
This lecture was on the margin of a dialogue workshop between Muslims and Seculars in Syria on 18/5/2017, as an initiative for launching a dialogue among Muslims and Seculars in order to create common work space and narrowing down the differences. 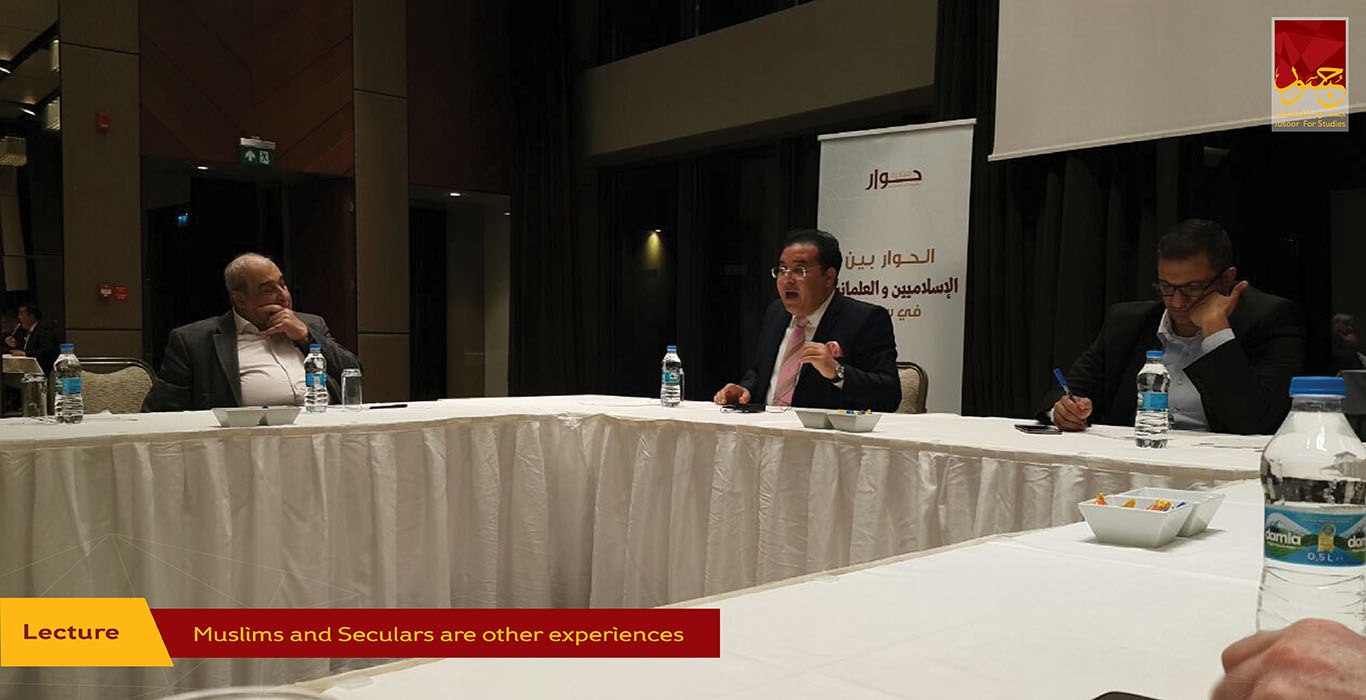 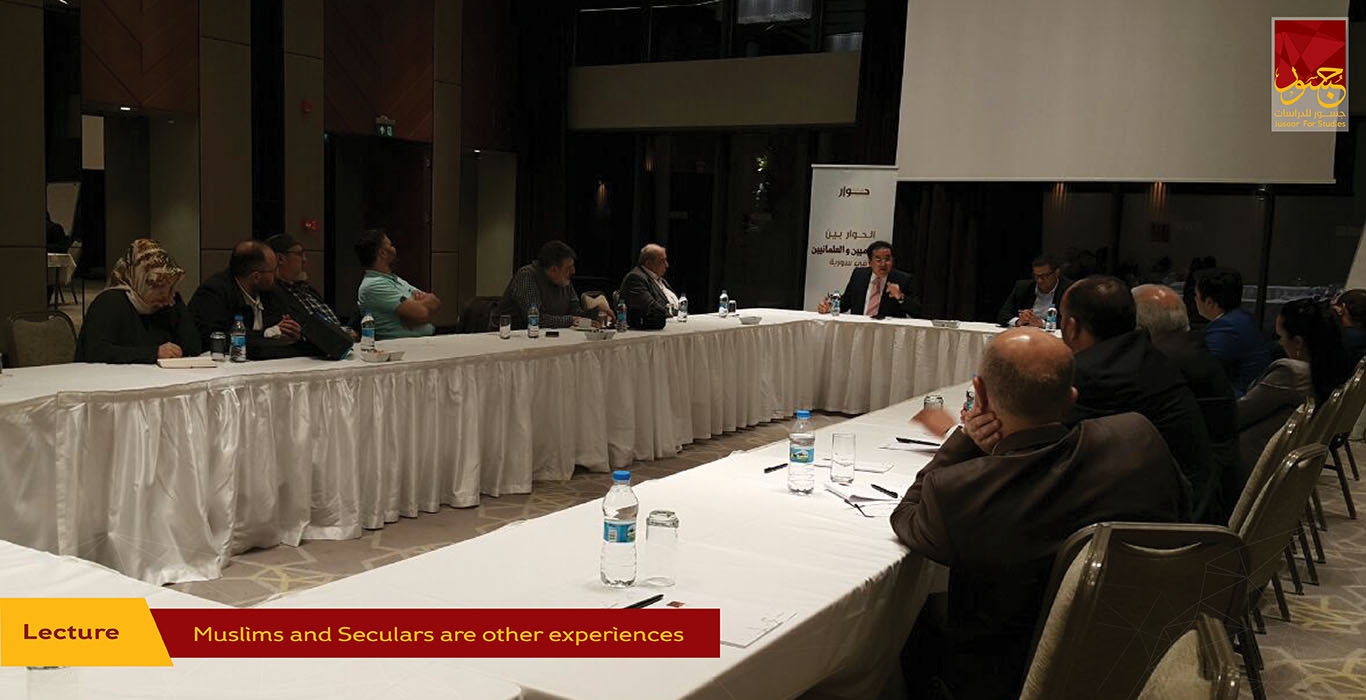 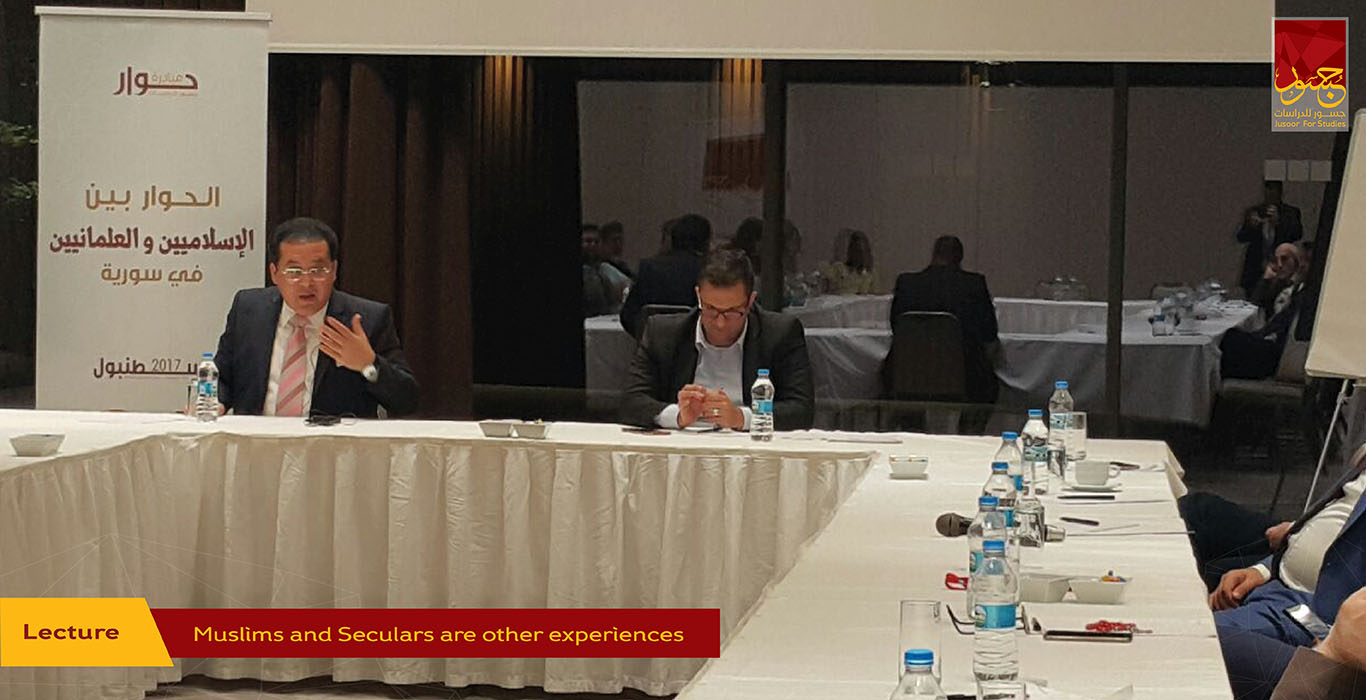