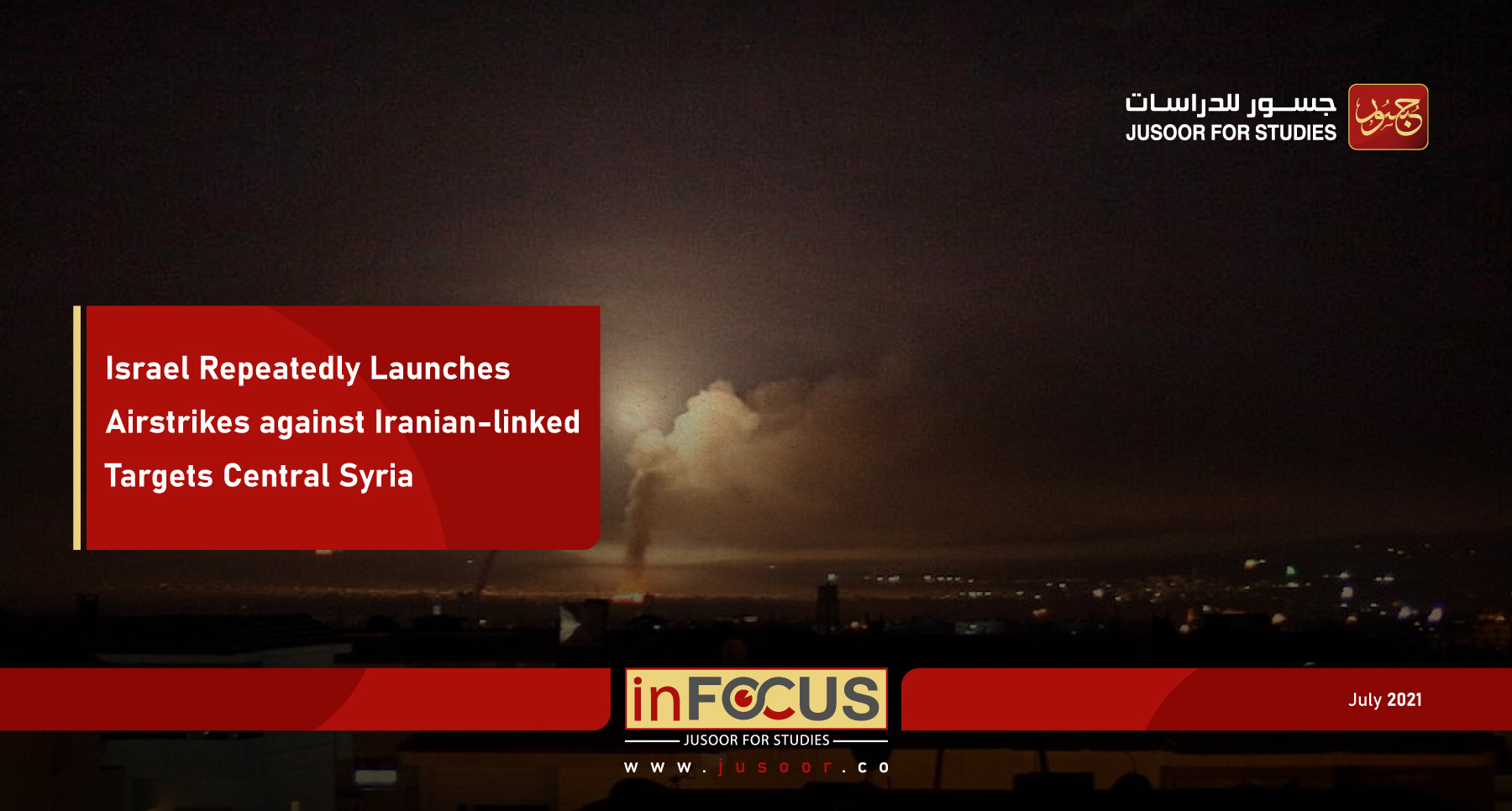 Israeli planes carried out airstrikes from off the coast north of Beirut, according to Lebanese reports.

The Israeli strikes hit a group of military targets in the governorate of Homs in central Syria, after midnight on Thursday, July 22, 2021, including sites inside "al-Dabaa" military airbase of Homs, battalion of air defence nearby al-Dabaa base, military sites at al-Shayrat military airbase, east of Homs, as well as another military airbase west of Umm Haritin village, west of Homs city.

All of these sites in Aleppo and Homs run by the Iranian military forces in Syria, and targeting them comes as part of the monitoring and follow-up process carried out by Israel on the movements of Iranian weapons and logistical supplies in the region in general and particularly across Syria.

Furthermore, Iran is operating a project to transfer and develop missile capabilities and guidance systems, reconnaissance, eavesdropping and jamming systems, air defence systems and electronic warfare programs and technologies in the region.

Iran is also using Syrian sites in Damascus, Homs and Aleppo as platforms for developing unconventional weapons through local and foreign experts, which is considered as the major source of concern as for Israel not similar to the other threat represented by the presence of the Iranian Revolutionary Guards Corps (IRGC) forces and the Lebanese Hezbollah in a large extent in southern Syria, which Israel is working to address through the ongoing negotiations with Russia rather than the direct intervention to impose limitations for that.

* Continued Israeli-Russian coordination in the last direct attacks hit Iranian or run by Iranian proxies positions in Syria on a regular basis.

In truth, the fresh Israeli airstrikes against Iranian targets in Syria is still concentrating on specific sites and not on limiting the spread and hitting traditional ones, and thus such targeting that aims at the Iranian project in Syria is still nothing and has no impacts in the long run.

* Iran is still dealing with and understanding the Russian-Israeli coordination, and absorbing the volume  of losses caused by the Israeli strikes as long as its own project, presence and influence in Syria increases and expands in a  way satisfies Tehran, and under the condition that there is a wide capacity for military industrialization and development in numerous sites in Syria.

* Israel was unable to elaborate a clear project in Syria that would reduce the Iranian risk threatening it or limit the Iranian influence in both Lebanon and Syria. Israel also failed to convince Washington of its project, if any, as the Israeli strikes in Syria do nothing but preventing Iranian moves or even trying to slow them down.

All in all, the current Israeli policies do not pose an existential threat to Iran and its project in Syria, while the Israeli moves have been confronted with similar Iranian ones in southern Syria, Lebanon and Iraq to later extend to the Arabian Gulf region. Accordingly, the last targeting does not represent a turning point in the Israeli approach in targeting some Iranian assets within Syria.