Is there any prospect to reconsider the relationship between the Syrian opposition and Russia? 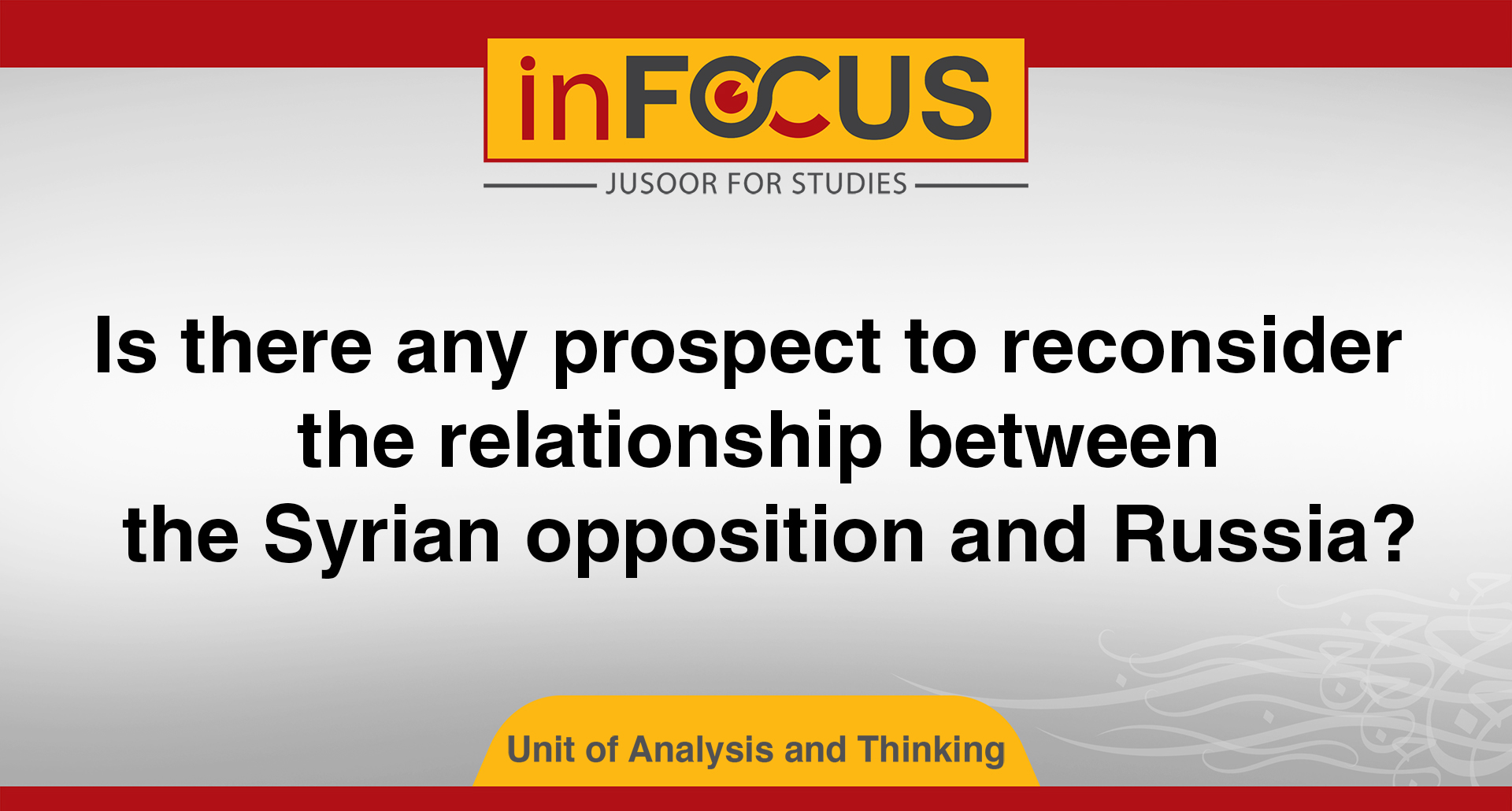 Is there any prospect to reconsider the relationship between the Syrian opposition and Russia?

In Focus | Is there any prospect to reconsider the relationship between the Syrian opposition and Russia?

Calls to reconsider the Syrian opposition’s relationship with Russia have emerged once again, but this time, a leading figure in the Syrian National Army made the call as an individual initiative. These calls are not the first of their kind, and the majority of them are often based on an acceptance of the reality that Russia must be dealt with as a long-term power in Syria. This acceptance stems from a recognition that other than being a militarily superior force on the ground, Russia is a major military and political influence at the current stage.
These call are usually met with great public rejection and hence they are often suppressed. However, it seems that international actors reaching a security, military or political understanding in Syria has resulted in a new impetuous to renew these calls as a bid to address the current context.
The reconsideration of relations between the opposition and Russia may stem from several factors including: the emergence of an unofficial trend in Russia calling for a reconsideration of Russia’s relationship with the Syrian regime and al-Assad; Russia’s continued progress to achieve bilateral understandings with Turkey for the areas east and west of the Euphrates; and the United States hinting at the possibility of reaching a security understanding on Syria. All these constitute an appropriate environment for the reconsideration of the nature of the relationship with Russia.
Taking this step does not necessarily mean the success of this endeavor or acceptance from the spectrum of the opposition members or local public opinion. However, these calls may be a genuine opportunity for the Syrian opposition to launch real collective initiatives, rather than individual ones, to reconsider the relationship with Russia. This step must be accompanied by Turkey, and/or the United States, providing support or guarantees for the process as well as a clear vision based on an understanding of Russia’s interests in Syria and the impact of its presence on the interests of the revolutionary and opposition forces.
It is possible that Russia, if such calls receive widespread engagement, may issue positive messages, especially as one of the most important goals of the joint patrol monitoring mechanism in opposition-controlled areas is to test the acceptance or rejection of local community towards its presence. Moscow perhaps believes that its popular image is different from the Iranian image.
It is necessary to note that the Syrian opposition’s position will not affect Russia’s policies, so any change in the opposition’s position with regard to Russia should occur after serious indication that Russia has abandoned the Syrian regime or is pushing the regime towards a political solution.